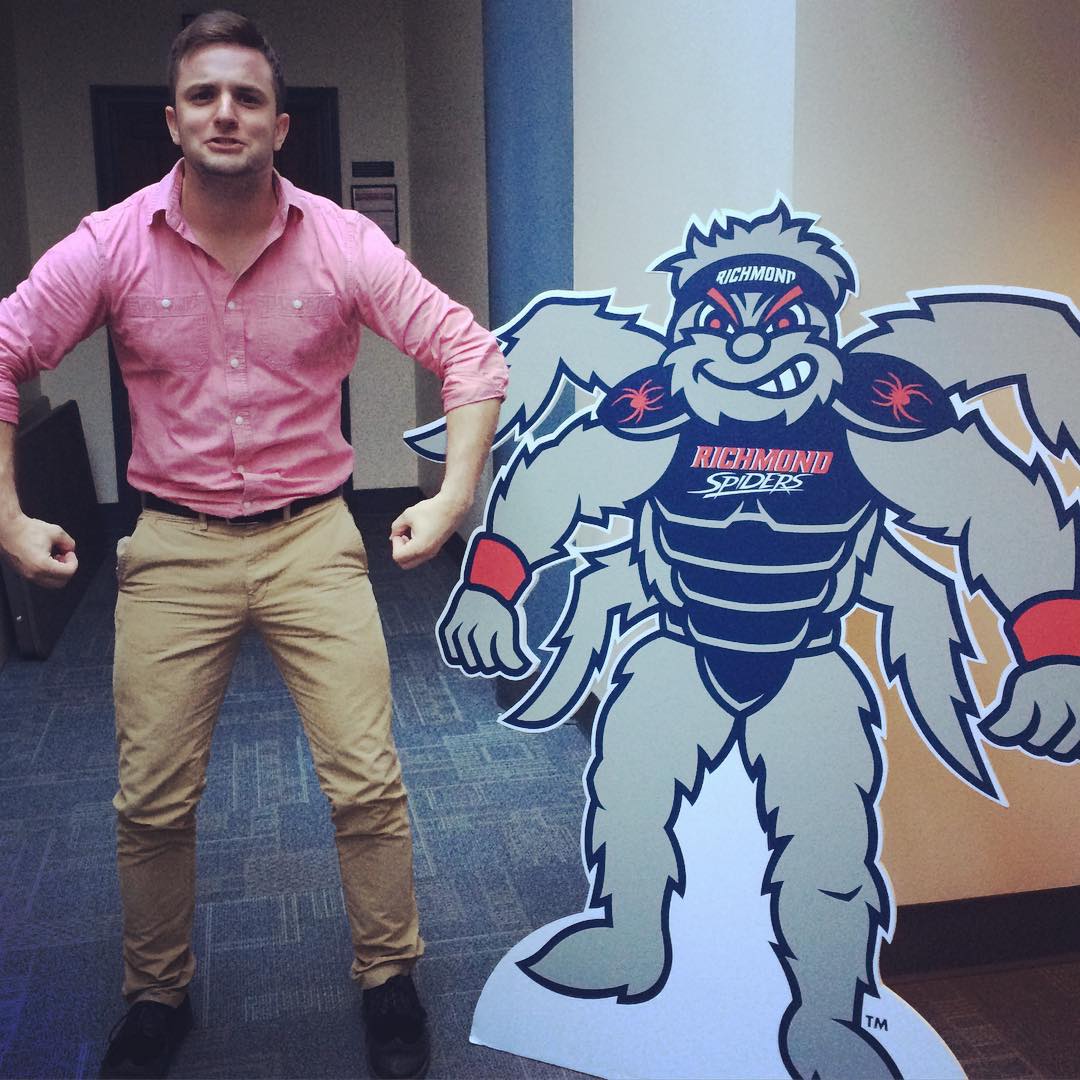 Mercy at SocratesPost: Grant, what is your experience working in admissions?

Grant at Pomona: In my case, and many of my colleagues’ cases, we were interns in the admissions office, we were tour guides, we were very active on campus. And then on graduation, we wanted to stay in the college sphere in some way or another. Admissions was always a thing that we really enjoyed and college was a very inspiring time for me. So I think for me to kind of pass the buck and be a pathway for students to have that experience was something that was really meaningful for me. I started my career at Chapman, which was my alma mater, and worked there for about five years. We all have territories in admissions, so my territory was my home state of Arizona, as well as parts of California. And then throughout the years I would pick up and trade certain territories, so those were always my kind of core territories. I had always been a person who was very theatrical, and so for me, I was always very involved with communications and how we showcase our messages on the road. Given that Chapman is a small private liberal arts college in California, there are no shortage of liberal arts colleges in the world, and especially in America, and especially in California. It’s always difficult to really distinguish outside of location. And so that’s always kind of a messaging, crafting strategy that people have to do.

After five years there, I received my Master’s in education and wanted to get a different perspective. I became a regional recruiter. This is a position that I don’t think many people know exists, which is basically where you are a primary recruiter for a certain area. I was the West Coast recruiter for Richmond – the University of Richmond in Richmond, Virginia. I lived in California and I worked remotely. I would travel a great deal, visit high schools, colleges, college fairs, and the majority of my time was spent either working from home remotely, or on the road to any one of the X, Y, Z, number of states that I had. I had everything from Colorado west. And that was a really interesting position, sort of an entire coastal recruitment strategy. It meant for me not only to increase members from each state, but also to find out, when I’m advertising an East Coast, small, private, liberal arts college to students in Washington, do the same messages resonate to those in California and Hawaii, and Juneau, Alaska?’ That was interesting.

I took a brief foray into the tech world. After that, I worked at a company called Riot Games, which makes the game called League of Legends. And I worked in a university space for a while. But after about three years, I really missed working directly with higher education and kind of the personalities and people within higher education and my community that I had built there. It was great, but it wasn’t for me, and I left and took a consulting job at Pomona, working with their freshman class, and then eventually working on their email marketing campaigns. And so I’m working with them now, and I have been there for about six months or so.

Mercy at SocratesPost: Are you one of the application readers at Pomona as well?

Grant at Pomona: I am, yeah. It’s still a blend of both. So we just finished admitting the class of 2023. And so I had a territory of students that I was reading and talking to and evaluating for admission.

Mercy at SocratesPost: Speaking from your experience as a recruiter, how do students appear on your radar before they apply?

Grant at Pomona: We have a variety of entry points for candidates. There are candidates that enter our system one way or another, whether it’s through meeting at a college fair. These ones are called inquiries, which means that they made an inquiry about the institution – a self-proclaimed inquiry. They reached out to us a career fair, they reached out to us through email, they fill out the “Request More Information” button on our website, or through emails that we send. If they interact with us in any way, then they’re on our inquiry list, and we can send them emails and reminders about when we’re coming to campus.

And then there are ways that are a bit more passive as well. When students take the SAT, PSAT, or ACT, students can list colleges they’re interested in and then SAT and PSAT sends those to us. And then we can also get names from PSAT and SAT that haven’t indicated that Pomona, for example, is an interest. We can reach out to them if they want to learn more and they can also always unsubscribe. And then sometimes [high school] counselors will reach out and say, “This student will be interested,” but very rarely do counselors give us names of students without talking to the students first. So the variety of entry points, most of them come through inquiries, but some of them will come through services like SAT, College Board, ACT, where institutions can get names from those organizations.

Mercy at SocratesPost: You talked about working on the email marketing campaigns for Pomona admissions. What is that about?

Grant at Pomona: The admissions marketing campaign is not terribly different from like a marketing pipeline, in terms of you want to – with each of your campaigns, whether it’s visiting campuses, going to college fairs, or even emails and print campaigns – you want to get them more and more interested in the institution, and ideally, have the students and invest their time and energy into learning more about the institution. And so that can go from looking online to emailing a counselor, to emailing a professor, and then you ultimately want students on campus. You want students to come visit campus, you want them for any of our preview days, or a college tour, or sit on a class. These modes of interaction just increase the likelihood that a student will apply, and if admitted, come to the institution. That’s always the end goal for marketing campaigns, and obviously, it’s tougher to get students to visit blindly without knowing a bit about the institution, because it is time and resources to do so. So very rarely do you ever give up on a student who hasn’t inquired. They are students who we got their names in an institution and they haven’t engaged with us. We’ll still send them some base level emails throughout until they unsubscribe. If they do unsubscribe from the email campaign, then — there’s still no system technically, but we don’t have any wherewithal to send them things, and they’re very likely not interested in that case. So that’s just the nature of the game.

But the ultimate goal of our campaigns – of any outreach that we do, whether it’s in person, email, print – is to get students more interested in the campus so they eventually come and visit, so they apply, and then eventually, they will enroll.

Mercy at SocratesPost: What is it like for you to read applications?

Mercy at SocratesPost: What are clues on an application that indicate a student should be accepted?

Mercy at SocratesPost: Are you able to tell when a college consultant or coach is involved in a student’s application?

Mercy at SocratesPost: In terms of demonstrating activities that resonate with the application reader, how can a student demonstrate that those activities are meaningful to them even if they haven’t done it for a long time?

Mercy at SocratesPost: Earlier you said every high school has its own context. What tools do you utilize to judge the context of the applicant’s high school, so as to better understand the implications of the student’s performance there?

Stay tuned to read the rest of our exclusive insider interview with enrollment manager and application reader Grant from Pomona College next week! 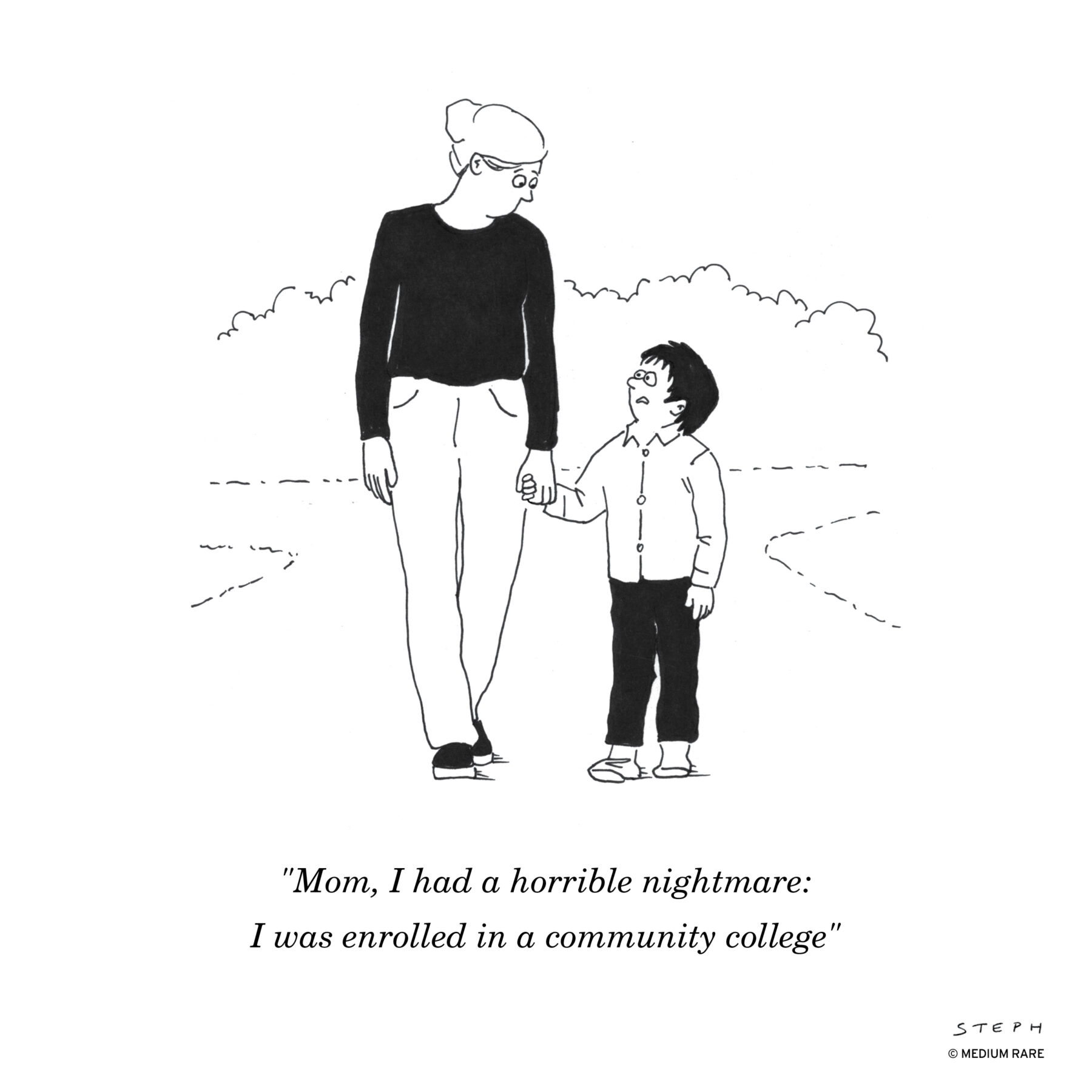 Stephan Donche a.k.a. Steph, an artist originally from the South of France, will be designing fresh, humorous college admissions-relate cartoons exclusively for SocratesPost, published only in our weekly issues! “’If you find it hard to laugh at yourself, I would be happy to do it for you,” Steph quotes Groucho Marx. Find more of his work and follow him on Instagram here: @life_medium_rare

This week, we selected a question from Corinne, a parent in Venice, CA:

“How do colleges look at athletes who play a sport year round which can often keep students from other activities as well as giving them less time to focus on academics? Some athletes will never be able to play in college but have been playing the sport for 8 years or longer without ever winning an award or being recruited by a college.” 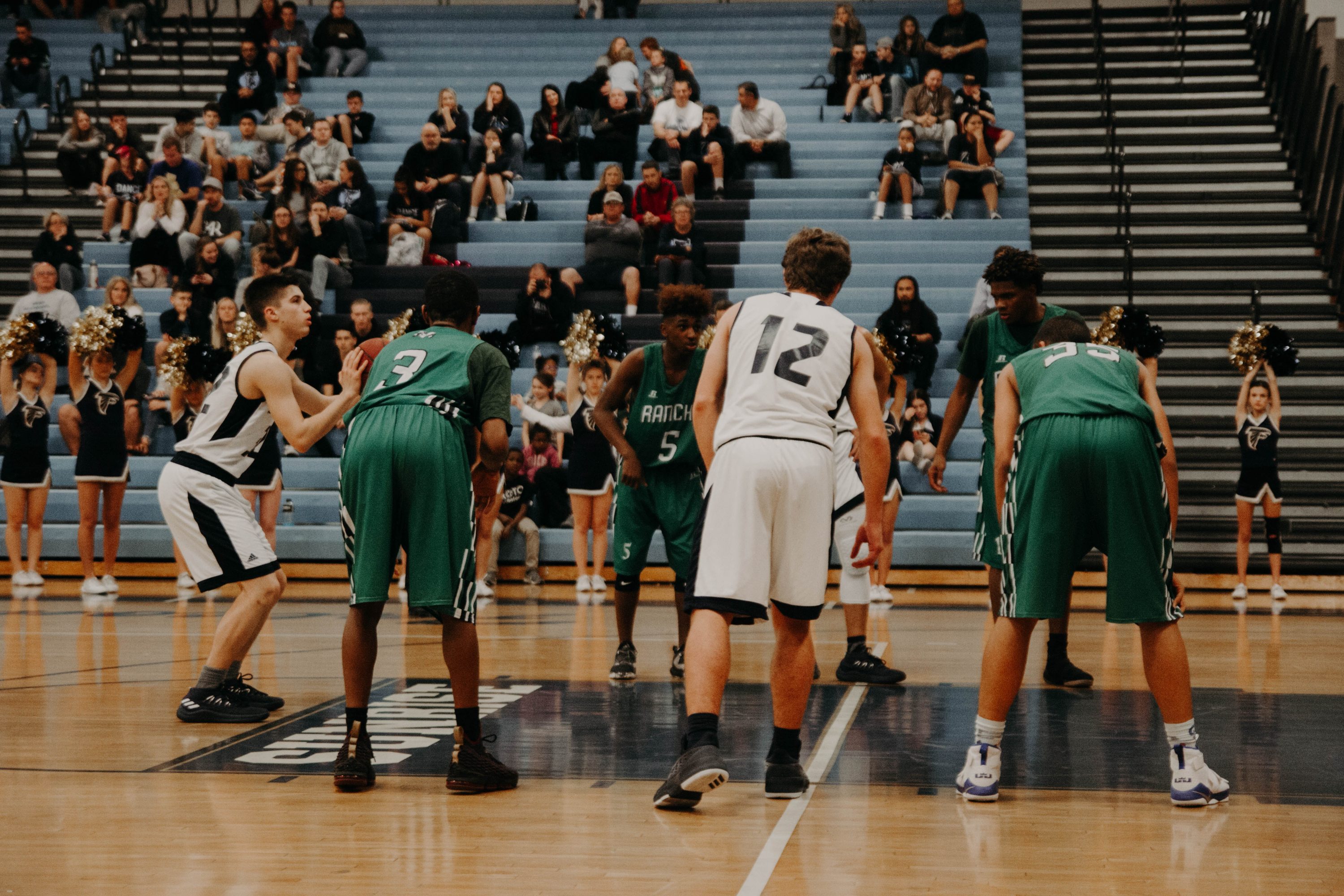 To answer Corinne’s question this week, we compiled the best highlights from three exclusive SocratesPost interviews with admissions insiders from Denison University, Whitman College, and Harvard University — all of whom shared their takes on when/how athletic participation impresses them and when/how it does not.

1. They don’t want your child to play the sport just because she thinks she has to.

“it’s not like you do one sport, you do one service activity and you have the GPA and you’re guaranteed to get in,” Radhika said. “That kind of formula doesn’t exist anymore.”

If your child is playing the sport for eight or more years, is it because she feels like colleges want to see the athletic element of the formula? If so, then it may be time to reconsider. Ironically, admissions insiders don’t believe in the formula: it’s the parents and students who do.

SocratesPost is always on the frontlines scouring the news for relevant updates in the college admissions landscape. We look for anything that can help shape our understanding of the latest trends in admissions and help our readers see the direction in which we’re moving. Questions we explored this week:

April 9, 2019 — True. Despite the headlines focusing on lower-than-ever college acceptance rates, the majority of U.S. colleges accepts most of their applicants.

According to a Pew Research study, only 17 out of the 1,394 colleges surveyed had a less than 10% acceptance rate, including Harvard, Yale, Northwestern, and and Stanford. 53% of the schools surveyed, however, admitted at least two-thirds of applicants. Despite an overall decrease in admission rates on average over the last few years, the research has found that colleges aren’t necessarily becoming pickier: applicants are actually applying to more schools than ever before.

What does this mean? The elite schools are getting more competitive, but the majority of U.S. higher ed institutions still accept most applicants. When taking that into perspective, it’s clear that with a solid baseline academic performance, getting into college is not only possible, but probable.