Why are college rankings so different on different publications?

“Why are college rankings so different on different publications? Forbes, Wall Street Journal, US News & World Report, and more rank colleges every year but they’re inconsistent. How do I figure out which one is right or which one to follow?” 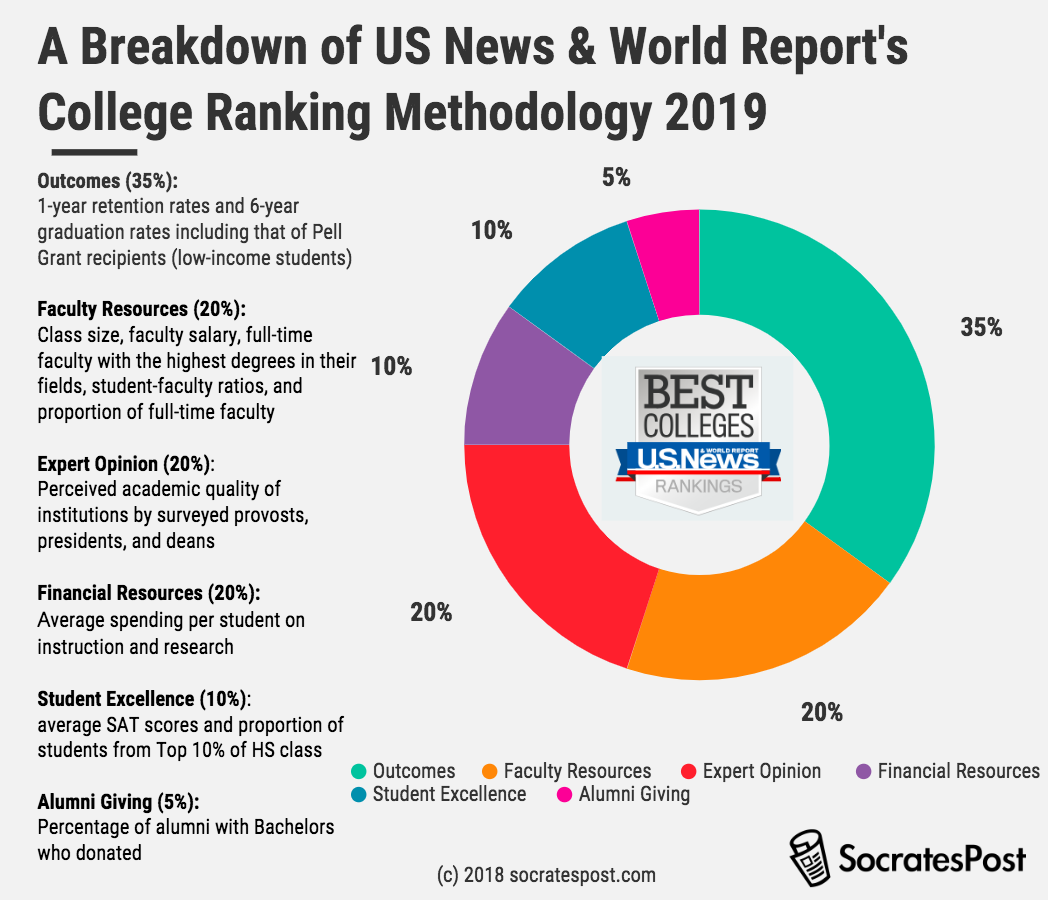 The short answer is that every publication uses its own methodology. Without looking at the methodology and scrutinizing how each one arrives as its numbers, you might mislead yourself into thinking one college is “better” than another. When I worked as a private college consultant, my clients would often say, “I want to get into a top 10 university,” or, “What are my chances of getting into a top 10 school?” I responded with, “Top 10 according to what?” Most students didn’t even know. To the ones who said, “Top 10 according to U.S. News & World Report,” I’d challenge back: “what about their ranking methodology appeals to you and how are your values aligned with theirs?” It didn’t surprise me when they stared back at me wide-eyed, unable to articulate and verbalize why they chose to follow the rankings of that particular publication.

SocratesPost investigated the methodology of 3 popular American ranking publications and have broken them down for our readers here.

Let’s use my alma mater, Northwestern University, as an example. Northwestern’s rankings tend to fluctuate each year. This year, in the latest rankings released in August and September, it ranked #10 in  U.S. News & World Report, #13 in The Wall Street Journal/Times Higher Education (WSJ/THE) ranking, and #20 in Forbes.

So what gives? All three of these rankings assess “outcomes” of some sort. In the U.S. News & World Report, “outcomes” is defined as graduation and retention rates. In WSJ/THE, other scholars’ perceptions of academic reputation of the school and ability to repay debt constitute “outcomes,” among others.

If your student hates tests and grades, college is still an option. Here's one.
What Do College Consultants Do? What You May Not Know
GPA Requirements: Don't trust the first link on Google