Teacher Columnist: My Most Memorable Student

Let’s talk about Jimmy, one of the most memorable students I’ve had in the classroom.

I want to differentiate between the fact that I am not stating Jimmy is a “favorite” student, as I try not to lean towards the notion of having favorites, but rather one who will always stick with me as I continue to teach each year.

He wasn’t the best student, nor was he the worst. He was a quiet student in my science class who always turned in his work, even if it was not fully completed, and wouldn’t speak unless asked a direct question. It turns out that I wasn’t asking the right questions. It wasn’t until a week or two after school started when I started asking him how his day was, how his weekend was, if he had any siblings, etc. to get to know him that he began to open up.

“Home is good,” and “I didn’t do anything over the weekend,” were his answers for the first few weeks. When we struggle to reach students, especially when we notice grades declining, we reach out to counselors, previous teachers, and their parents to see what has worked in the past. I wanted to figure out the instructional practices that worked in other classes with Jimmy so that I could also help him get his grades up. I also learned a lot from other teachers about what to ask him to get him to open up. They told me to ask him about his brother, who was his closest friend.

“How’s your brother doing, Jimmy? Did you get to do anything fun with him this weekend?” I asked. He responded that he hasn’t seen his brother all summer because 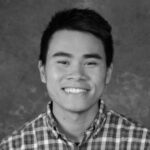 Daniel Lieu
Daniel is a high school science and Project Lead the Way teacher in Los Angeles, CA. He earned his BS in Biology from UCI, MS in Educational technology from California State University, Fullerton, and is currently working on his PhD in Education. Outside of teaching, he loves hiking, fishing, and exploring new food places with his fiancée.

Teacher Recommendations: The Importance of What's NOT Written
Teacher Tell All: “Will you write me a rec letter for college?”
Penn and Harvard's Admissions Factors