What GPA Do Colleges Look At?

GPA (grade point average) matters to colleges because it’s the best predictor of your child’s success in college. People used to think that SAT and ACT scores gave more accurate clues into students’ college academic performance because they were standardized. However, studies have shown that this is not true.

GPA is still the most heavily weighted aspect of college applicants. In some cases, it’s the only factor. 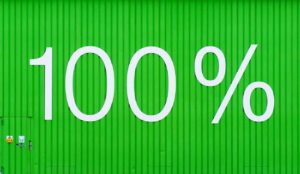 When your child is applying to college, you might see different GPAs on his transcript.

Most students have various GPAs, calculated in different ways.

The GPA that matters will depend on the college.

The different types of GPA

Picked for you:  2 Common Mistakes in Appeal Letters

Students are often worried that taking a harder class (say, AP U.S. History instead of regular U.S. History) will tank their GPA. While it’s harder to earn an A in an AP class than a regular class, admissions officers would rather see your student take the AP and get a slightly lower GPA than taking the easy way out but maintaining a higher GPA.

Many students learn that AP courses aren’t as overwhelming as they initially think — and eventually learn study skills to maximize their learning and performance in advanced classes. Ultimately, the effect of course selection on GPA can be minimal, but the impact of choosing a rigorous course of study can make a big difference to admissions officers.

What do colleges look for? A trick to figuring it out.
Is it easier to apply to test-optional schools?
When to Hire a College Consultant