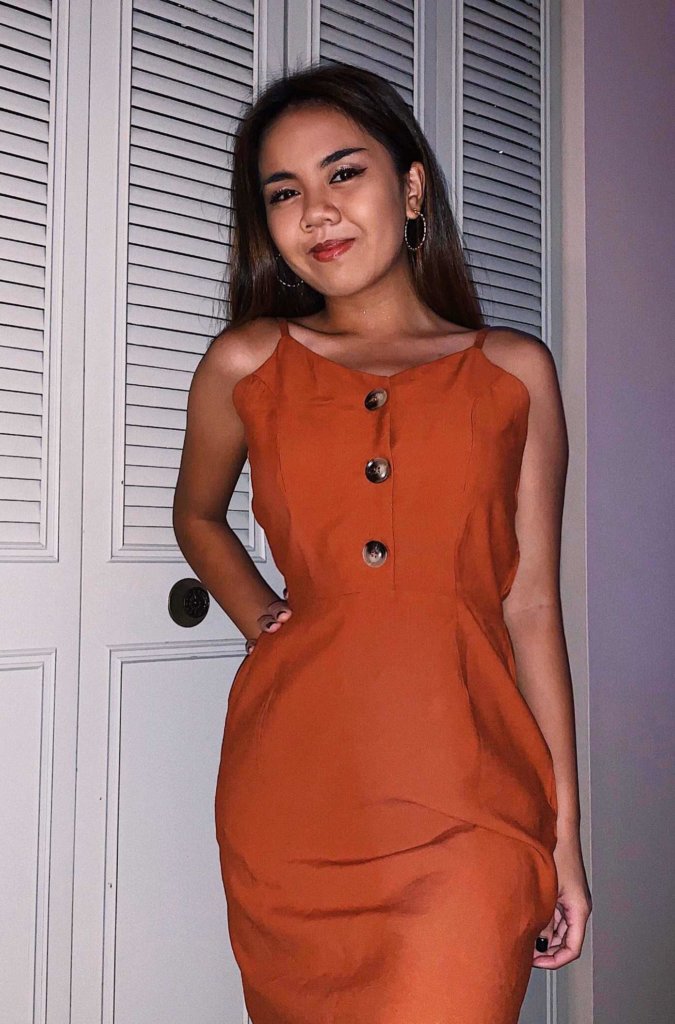 2020 TOP ADMITS SERIES: “Don’t succumb to people’s low standards and be humble enough to ask for help,” said New Yorker Iandra Ramos, a Class of 2024 admit to Harvard, Stanford, Brown, and Cornell. Iandra shares how her high school support, love for music, and courage to be vulnerable earned her spots in the country’s most selective colleges. Admittance into competitive schools requires more than perfect stats. Iandra’s personal story gives us a peek into how she outshone other applicants. Plus, deep dives into Iandra’s personal statement topics, GPA and test scores, admissions interview, top regrets, and best piece of advice for Harvard-hopefuls.

Hey Iandra! Thanks so much for sharing your story with us. To start, what’s your high school like?

I live in New York City. We have specialized high schools, which are really competitive schools. You have to take the SHSAT to get into these schools. I was lucky enough to get into the Staten Island Technical High School. It’s a relatively small school compared to the other specialized high schools throughout the five boroughs in New York City. We only have about 300 to 400 students in each class. It is a really competitive environment but also academically challenging, which is something that I think has really shaped me as a student. This school is known for offering really rigorous courses for students to branch out and challenge themselves. We want to encourage students to take up to four AP courses a year; we encourage them to do research. I was able to get a lot of one-on-one time like tutoring and mentorship with my teachers. My guidance counselors really know how to help us and how to guide us, which I think can sometimes be rare in a high school that is really, really big. That’s part of the reason why I went to this school.

Speaking of academic rigor, what classes have you taken?

Freshman year, they only allowed us to take one AP class, which was AP World, and that was a two-year program. So for two years, I took AP World History, and then junior and senior years were where I really packed on a lot of my APs. Junior year, I took AP Psychology, AP US History, and also AP Russian, which is not a College Board-accredited AP course per se; we’re really working to make sure that people who take it in the future can say that it was accredited by the College Board. But it is offered at my school, and the exam that I took was made in a very similar way to other AP language exams. We’re trying to see if we can get AP Russian to be recognized by the College Board, because obviously it’s very hard work; AP Russian is not something you see every day.

Wow. What about the classes you’re taking now?

Currently as a senior, I am taking AP B/C Calculus. There’s AP Calc A/B and Calc B/C. The difference is that B/C is a more accelerated course. We go into topics that second-year college calculus would go into, whereas A/B mainly focuses on the first year of college calculus. I’m also taking AP US Government and Politics, which is a really interesting course: I thoroughly enjoy that class. And I’m taking AP Biology, which is also really interesting for me because I’ve always been interested in the sciences. So those are my APs. Definitely not a lot for someone who got into Harvard, but I did as much as I could with what my school offered, because they really don’t want us to take more than four APs. They don’t even allow us to do that. And in my school, you have to get into an AP. Just because you apply for an AP doesn’t mean you’re guaranteed to be offered it. It really depends on your grades. Whereas in other schools, they hand out APs like candy. I know a lot of people who took like 10 APs, and that was pretty incredible. But I took as many as I could, and I did get a five on every single AP except for AP Russian, which was a little disappointing. But I did do the best that I could on that test and on all of the tests.

That’s impressive. Outside of academics, what are you involved in?

When I applied to Harvard, they allowed for three areas of interest. I put music as my first because that was my passion ever since the beginning. I put neuroscience second and biology third. But I did highlight the music aspects of my application. For 10 years, I’ve been a part of the Young People’s Chorus of New York City, which is an internationally acclaimed chorus. I’ve gotten used to saying that over the years. A big reason why I got into Harvard is because of YPC.

Picked for you:  How Selecting a Major Matters in College Admissions

Tell me more about how the Young People’s Chorus of New York City has been a part of your life. 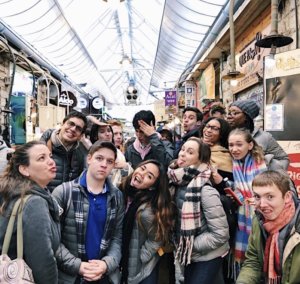 Iandra Ramos with her YPC group in Israel.

We perform all over the world, all over the city. We performed at Jazz at Lincoln Center a couple of weeks ago for our annual gala. We performed at Carnegie Hall last winter. We also have performed at the World Holocaust Forum to commemorate the liberation of the concentration camp in Auschwitz at the end of World War II. That took place in Israel, and I was part of the 12 choristers out of nearly 90 who were eligible to go on this tour. We went to Israel for a week and we performed for 45 world leaders. I saw Ms. Nancy Pelosi; I was so in shock. Putin was there, the Israeli minister was there; so many notable figures. It was really inspiring. We were in British Columbia just a couple summers ago, and we competed in the Kathaumixw Choral Festival, which took place in Powell River in British Columbia. It was an international choral festival. We competed against choirs from China, Canada, South America, Africa, Europe, everywhere. We ended up taking home Choir of the World, which was really impressive because we were a children’s choir and we were competing against adult choirs. We never even thought that we’d make it into the finals. We were shocked. We did not expect to win. And I think we were the first North American choir to ever take home Choir of the World. We’re very proud of that to this day.

How much time do you spend with YPC?

I auditioned when I was eight, and I’m still here now, so it is an organization that takes up a lot of our lives. We really learned to just love it and give it our all and really be dedicated to it. In terms of how much we rehearse every week, it changes as you go up through the divisions of the choir. When I was in Prelude, the youngest division, I was only rehearsing once a week. Now I’m rehearsing up to five times a week. It really becomes more of a commitment as you go through the divisions. I think it’s really a combination of us really wanting to be there—we really want to do our conductors proud—and we also rehearse so much. This is the most time-consuming extracurricular that I’m in, and I’m really proud of all the work that I’ve done in this amazing organization.

That’s incredible. How did you manage your time when traveling and rehearsing with YPC while keeping up your grades?

I definitely did get a lot less sleep in high school than I would have liked. This organization is based in the middle of Manhattan, in Midtown. But I live in Staten Island, which is about a two to two and a half-hour commute. So sometimes my commutes going to and from are longer than the rehearsals themselves, which are 2-3 hours. At first it was difficult. I would learn to just do my homework on the train ride to and from rehearsals, and also to do work in advance. The good thing with my high school is that a lot of our work is online-based, so if I had connection to Wi-Fi, I could do some of that work and alleviate some of the work that I had to do at home.  I think it’s really important to be able to create a schedule for yourself that works.

The good thing with my school is that all our homework, even though they might be major, aren’t due each day. For example, we’ll have one due on Monday, and then the next one will be due on Thursday. We had time to really figure out how we want to space our work out. When I needed help, I called someone to help me. I wasn’t afraid to call up a teacher or email them; ask my mom or my dad; ask my friends. I think sometimes it is scary to say that you need help because it’s a sign of vulnerability or weakness. Some people think that, but I think that in order to really get the help that you need, you need to ask for it. That’s one thing that I had to learn through my years of high school.

Those lessons you learned led to wonderful accomplishments. Tell me about the moment you got into Harvard. What happened?

Harvard wasn’t my number one choice. It was actually Yale. I applied for six Ivy League schools: Cornell University, Brown University, Columbia, Princeton, Harvard, and Yale. It was Ivy Day, 7pm. I was freaking out, I was shaking. At first I opened Cornell, and I actually got in. At that point, I was happy because I got in.