“I went on LinkedIn and basically cold-called a lot of alumni, a lot of people that are doing their masters at Cornell, just to get some insight on not only themselves, but also their careers and how they aligned with Cornell,” says New Yorker Aaron Parajon, Cornell University 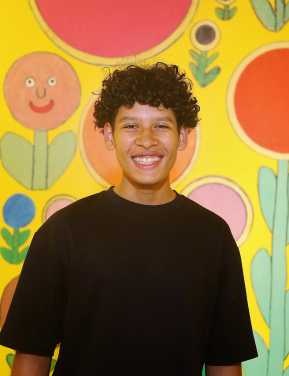 The class president, soccer captain, construction manager, and science research intern shares how he landed a spot in Cornell’s Dyson School of Applied Economics and Management as a test optional applicant.

You talked about putting your all into Cornell. What did that look like to you?

Putting my all in Cornell meant that that summer I actually went on LinkedIn. I took the initiative like, “I want to be a different Dyson student than other students; I really want to show that I’m really interested in Cornell.” And one of the ways that I did that was that I went on LinkedIn and basically cold-called a lot of alumni, a lot of people that are doing their masters at Cornell, just to get some insight on not only themselves, but also their careers and how they aligned with Cornell, and how I can align myself the same way that they did. So one of the ways that I tried to stand out was making a lot of connections, talking to as many people as I can. I’m not really good at talking to people, but I’m really good at putting myself in those uncomfortable positions. I have grown so much that summer just talking to people as much as I could and trying to put all my eggs in one basket at that point.

Cornell is just one of thousands of great colleges in the U.S. How did you narrow down your college choices?

Cornell came about because I was really interested in business. I looked at the best business schools in the country, and Cornell was among one of them. I saw how I could cater my application towards Cornell. Step by step, I began to see how I could apply to Cornell. That made me look into different colleges. I looked at Northeastern, Boston College, different colleges around where I live right now. In my research for Cornell, I got exposed to a lot of other schools. I’ve always been looking at schools, so Cornell was such a familiar name for me that once I began to look for other schools, it became a whole rabbit hole where I learned about Drexel, UPenn, and all these other beautiful schools that I got to visit as well.

What do you think compelled the admissions officers who reviewed your application to admit you?

One of the things that I spent the most time on were my extracurriculars, but also my essay. I ended up talking about my experience growing up in Washington Heights in New York, and how that brought out qualities that I didn’t know I could have.