SATs and ACTs might still matter. Here’s the new way to pass the bar.

“If you’re certain that you’re going to achieve above a certain level on that standardized test, then you should invest the rest of your time on your extracurriculars in particular. Otherwise, these extracurriculars you do aren’t going to be really viewed in the larger context of your application,” says Nathan Poon, the Berkeley-educated founder of Myntor, an AI that helps students achieve higher SAT, ACT, and AP scores with less study time and less effort. This week: 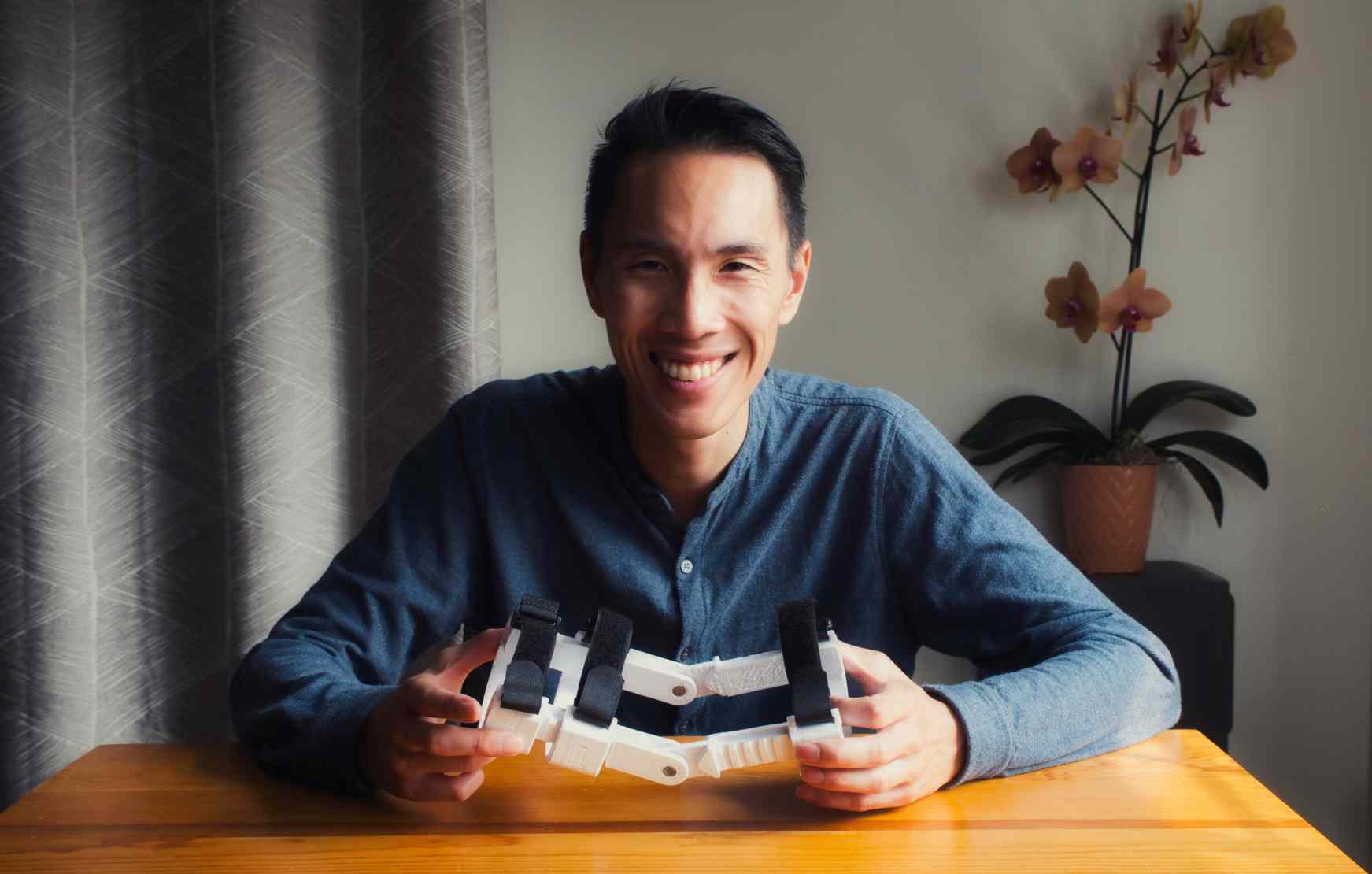 Hey Nate, thanks so much for joining us. Can you tell us a bit about your background?

My name is Nate. I’m from Oakland, California. I grew up in the Bay Area my entire life. I went to a small church high school down in San Leandro growing up. When I was there, I really got into robotics. I had some really great teachers that fostered that interest in me. I was really into building things. I grew up on a construction site, and I’ve always really had this passion for building things. I was fortunate enough to get into Berkeley and I had a truly amazing mentor who really changed my perspective on what my role could be in life or in the world.

What we were doing together was building robotic exoskeleton suits for augmenting human strength, and that was something that really resonated with me. I viewed everything — all the classes I did, all the projects I did — through the lens of building these robotic suits. You’re sitting in class learning about linear equations, and I’m thinking about how I can apply this to build the suit that would augment human strength. it kept me going when times really got rough. We started building these robotic suits commercially; I had the chance to travel with this professor, and he taught me so much not only being a good engineer, but also how to apply these things to solving very practical problems. And he taught me a lot about how to be a good person, too.

How does your experience bring you to where you are today as a founder of Myntor? 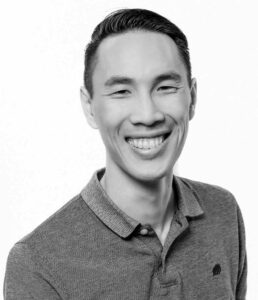 I’ve been tutoring and teaching students throughout my college career at Berkeley. I think one of the biggest problems that at least my students tended to have was really twofold. Number one, there were never enough practice problems for them to do well. Not only that,but it was also really painful for them to keep track of which problems they were getting wrong and then find other problems from other sources that were similar to those problems that could help them compensate for their weaknesses. That was very difficult for them to find.

The second thing was it was very hard for me to give feedback in the time frame that they wanted it. I told my students to text me, call me if you have any questions, but even that was too slow. So I ended up building this AI, which eventually became Myntor, that basically took the context of what they were working on and delivered the answer to them that I would give them.

Can you talk more about how the Myntor AI first started to help students increase test scores?

It saved all the questions that people had asked. They would ask hundreds of questions, and it would save all these questions, and I would answer them. And if that question popped up again, it sent it back to them. It was a very primitive system, but it worked really well, and my students actually all scored within the top 90 percentile of their courses, which is really great. But for me, it was just a way for me to keep tutoring, keep helping my students out, but do it at 2am when they’re awake but I’m not.

What if a student asks a question that hasn’t been previously answered? How does the AI respond?

If you ask the AI a question that it doesn’t understand, it actually goes straight to one of our staff, who will train the AI to answer that question. And so our turnaround time right now is around 12 hours, and that’s for some automated training. We classify the product, the question that’s being asked, and then in some cases, the question is similar enough to another question such that we can just link the two. In other cases, it requires a completely original answer, and that’s when we train the AI to respond to a specific answer. So there are different ways to train an AI dependent on the similarity of the input with other inputs. If it’s highly similar, you can link it, but if it’s not very similar, you can create an original answer.

Are there any limits to what test subjects the AI can teach?

There are no limits, but there are some topics that are more difficult than others. For example, I was primarily good at teaching math and science and physics and STEM topics. And so when it comes to teaching something like calculus, there’s a set number of theorems, there are equations you can write, and you can probably follow how it’s relatively easy to get an AI to give you an answer because it’s very objective. More difficult topics are English or economics or topics that are more subjective in nature. This requires a higher degree of language processing, phrase recognition, contextualization. At Myntor, we’ve actually figured out a pretty robust way to do that, but that’ll probably come probably in the next month.

Based on what you know about current test prep methods, what about it is hindering students from reaching their test score potentials?

What are ways tutoring and teaching test prep can be better?

The first is having an infinite supply or an unlimited supply of practice problems and then being able to target the ones you’re getting wrong, and then generate an infinite supply of specific problems that you’re getting wrong so you can focus and practice on those exact problems. I think that’s one way to make test prep much more effective. That’s one of the first functions that we built at Myntor.

The second way to improve test prep is to provide this instantaneous support. When I was tutoring, when a student has a question, waiting five minutes is too long in today’s day and age. By the time they call me and they explain their problem and I answer, they’re 20 minutes down the line and they might have even just forgotten the question they began with. That’s the basis behind what Myntor does. We’ve built an AI that can generate an unlimited number of problems and then conversationally provide the support feedback, the walkthroughs, the videos automatically at 2am, when nobody else is awake.

What is the role of parents whose kids use Myntor? Traditionally, parents involved in test prep might drive their student to a test prep center or buy appropriate books, but that doesn’t seem to work when their student is using an app.

The role of the parent in this case is really reinforcement. At Myntor, we make it really easy to get started on a problem set. You get on Myntor, and it’s two clicks, and you’re starting a problem set. But I think the role of a parent is reinforcing that behavior. It does two things. Number one, it shows the inherent value of practice. That’s our whole thing: The most reliable way to pass any standardized test is practice. If you do five to 10 times more practice problems than the other guy, chances are, you’ll do a better job at the test. When a parent reinforces: “You should be practicing every day” it reinforces the value of that practice. And number two, it shows the students that this is important. And it’s very simple. It’s just a simple, “Hey, have you done your Myntor problems today?” That goes a really long way.

With Covid this year, many colleges have dropped test score requirements for admissions. Families are left wondering if they should devote any time at all to test prep or spend that time on other pursuits. What do you think?

I am a huge proponent of doing extracurricular work. Get as much real-world experience as possible. As we transition to a workforce that’s largely driven by artificial intelligence, I think the ability for students to critically think and problem solve will become paramount to their ability to take a test. And so the best way to get that real-world critical thinking problem solving is to actually go out there and solve real world problems. So if you have a project where you’re 3D printing a robotic hand, or if you’re having a project where you’re doing social media internship for another company, do those things. These are arguably more important in life than taking a couple of tests.

With the increased importance of real-world work experience, are standardized tests a relic of the past?

The Complete Guide: Becoming a National Merit Finalist
Self-Study AP Tests: Should We Do It?
Is it easier to apply to test-optional schools?