Proof that college can be affordable, Alabama insider explains

This public Alabama university accepts most applicants w/ an ACT 19+ and SAT of 990+ and GPA 2.5+, plus guaranteed full tuition scholarships and in-state tuition for anyone who exceed them (get more info below**). Read our interview with admissions officer Jade Chappell on how ability to pay affects the admissions, the biggest misunderstandings of admissions, and the hilarious questions prospective students ask → 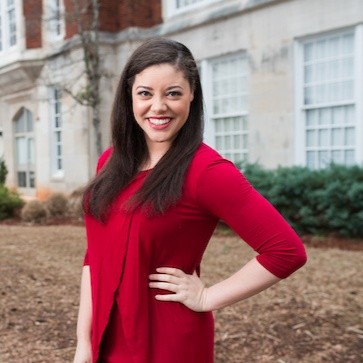 SocratesPost: Jade, can you tell me about your career working in admissions so far?

Jade at Alabama: I got started as an admissions advisor in 2014. I worked for my alma mater, and I did that for about four years. Now I have moved to another school – another four year school – in my state, that’s very similar but just a little bit bigger than my alma mater. And I’ve been there about two years.

SocratesPost: What inspired you to start a career in admissions or in higher education?

Jade at Alabama: So everyone who works in education usually says that they did not plan on working in higher education, and it was kind of the same thing with me. I was heavily involved in my alma mater; I was a sorority president; I was just super duper involved. When I graduated, I had a really hard time finding a job in my career field of public relations. I just I didn’t find anything that I liked. Then I saw an admissions advisor position open up where all I had to do was talk about my school, and I was like, “Oh, I can do that.” So I applied and immediately fell in love, and now I can’t see myself doing something different.

SocratesPost: Tell me more about what the job of an admissions advisor entails.

Jade at Alabama: We’re a little bit different than I know some bigger schools. My school is not as – I’m going to use this word – we’re not as selective as a lot of schools. Basically, if you have the ACT or SAT score and GPA to get in, you’re in. So my job, mainly, is to go to high schools, college fairs, churches, anywhere there are students, and basically, be the face and representative of my school. I am really big on telling people, “Hey, these are the programs we have. What are you interested in? Cool, this is how we can help you.” My day to day is answering questions out on the road, face to face. I don’t do a lot of looking over applications or anything.

SocratesPost: That’s what you currently do now, and is that pretty similar to what you did at your alma mater, or do you do something different now?

SocratesPost: You’re kind of a jetsetter, then.

Jade at Alabama: Absolutely, it was a lot of fun. Because when I worked for my alma mater, they would send me to college fairs up in New York and Pennsylvania and D.C. It was really cool because we would get students from that area. It was so funny because people would come up to my table, and they’d be like, “Alabama, do y’all wear shoes there? Do y’all ride horses?” It was great and it never failed. But then I would get to talking to them and kind of let them know, “Hey, this is our cost, this is what we offer,” and we would get a lot of students from up north.

SocratesPost: What is the biggest challenge for you to get high schoolers interested in applying, and then matriculating after they get accepted?

SocratesPost: Because then they’d be expected to go to a different part of the state where they may not know anyone.

SocratesPost: I know some schools will look at the family income and their ability to pay tuition on one of the factors for getting in. What has been your experience in that regard?

SocratesPost: Why do you feel like students need that extra help nowadays? Is it that they’re not getting enough support in their high schools or from their families? Why do you think that is?

SocratesPost: It sounds like you’re doing a lot of this just kind of on your own time; it may not be your job requirement, but it seems like you just enjoy it, and you feel like there’s a need that you can fill.

SocratesPost: So you’re the one talking to the students and telling them more about the institution. What happens after they submit the application? Are you reading any of it? Is there a path that the application takes where it goes to a reader, and then a committee, or how does that work?

SocratesPost: What is something few people know about your job as a regional admissions officer?

SocratesPost: One thing I want to ask, which some readers have asked me, is, how do admissions officers consider homeschooled students differently? Are those types of students ones that you encounter often or not so much?

SocratesPost: It sounds like the one-on-one meeting is really important for them to understand the institution and the school, but also for you to get to know them as well.

Jade at Alabama: …[may not] know those little tidbit facts, like our business school’s ranked in the top 10% in the world…

SocratesPost: Are there any reasons why a student who meets the minimum test score and GPA criteria wouldn’t get accepted?

SocratesPost: One thing that stood out to me was the merit scholarship that your institution offers. Many institutions don’t have any sort of guaranteed scholarship, even if you meet a certain test score or GPA. How many students get those scholarships a year, approximately?

SocratesPost: That’s really generous. There are so many families who move to a new state and try to build up their residency requirements which can take a toll on the family. So it’s great that you guys do that.

Jade at Alabama: We want to be a global institution. We’ve got 70 different countries represented on our campus. We literally have a student from every single state, at least one. We try to make it affordable for our students and make it easier to attend. We’re very proud of our school, and so just offering those things and helping students get there, are one of the ways that we’re student-focused.

Stay tuned for the remainder of our interview with Jade next week!
**Award Opportunities – Become a subscriber and learn which scholarships cover the full cost of tuition, housing & dining, and study abroad.