“I thought I was a very bland person. But then I began to look more for little events, the little things. So, for example, my Common App essay, I ended up writing about my transition from middle school to high school,” says Ashley Celada, a Long Beach, Calif. native headed to Stanford University this fall. Ashley, one of the less than 5% of applicants who received an offer of admission, shares this week: 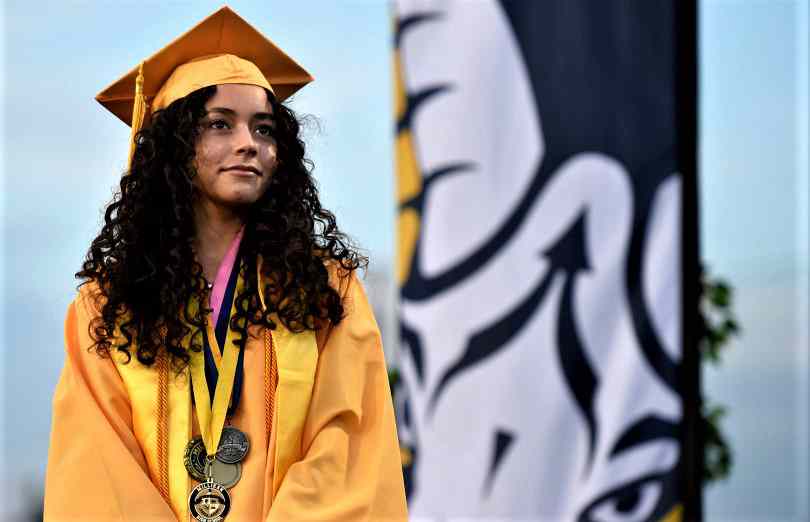 Ashley, thanks so much for joining us! Tell us about your background.

I graduated from Millikan High School in Long Beach, California. I grew up in North Long Beach my whole entire life. North Long Beach is predominantly Hispanic immigrant families, low-income, and I lived there. I went to schools in that area up until middle school. The high schools in Long Beach are separated by what we call pathways, and they’re career-focused. I decided to go to Millikan High School, because I felt like it was the perfect chance for me to explore all different topics and maybe even find something I’m passionate about or something that would interest me. The other high schools are more focused on one specific career field, and I just felt like I wanted the chance to explore.

Were you able to go find your interest or passion at Millikan High?

I think I did. I went into Milliken thinking that I want to go into STEM. After four years, I realized that my favorite subjects are definitely the social sciences. I took AP Human Geography freshman year, and I absolutely loved it. Every single day, I would drive home with my mom and tell her what we learned in that class. I tried AP Biology and I’ve done some language courses. While they were all very interesting, I would say that my favorite classes were definitely AP Human Geography, AP World History, AP U.S. History. I took an ethnic studies course, and AP Government. I even did a research project that talked about Latinx immigrants in California and Ontario, Canada, and how welcome they felt and what were the indicators that best indicated how welcome they felt. The things I’m interested in are all very social justice-related. So I think I’m leaving Milliken not 100% knowing what I want to do yet or what I want to major in, but I do know that I am considering maybe political science, sociology, and those types of fields that involve all those classes that I’ve taken so far and more.

Congratulations on committing to Stanford University. What was it like to find out you got in? 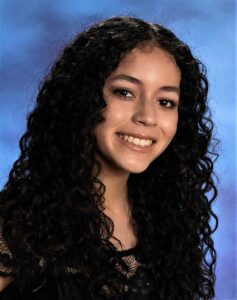 So that day, it was the very last decision that I was going to receive. I was actually in the process of packing up things and moving, because we just moved houses. I spent that day doing errands, but I tried not to think about it, because I was just so certain they were not going to accept me at all. I quickly got my computer and I recorded myself; I was just goofing around, because I was 100% sure that I was not going to get in. I remember I closed my eyes, and then I opened the email expecting, “I’m sorry to inform you that we rejected you.” It said, “Congratulations,” and I remember jumping. I was in shock. For a good month and a half afterward, I kept rereading my admissions decision to make sure I wasn’t making it all up in my head.

What made you so sure that you weren’t going to be accepted?

I know that they’re very selective; I think maybe the most selective in the country. I know other students who are just like me, and we’ve actually done like similar things. Stanford was their dream school, and they didn’t get in. So I thought, “If they didn’t get in, and it’s a school as selective as Stanford, what are the chances I’d get in?”

Thinking about the application you submitted to Stanford, which part are you proudest of?

I would say it’s my determination. I tend to be very involved; I tend to join different programs, different organizations, and different clubs. I never really viewed it as adding another thing to my resume, but more as a chance for me to explore a topic I might be interested in or a chance for me to develop some skills that I didn’t quite have before or learn about something new. I feel like I took everything as a learning experience, as a growing experience.

I love that. Can you talk more about your extracurriculars and the topics you were able to explore?

My freshman year, I was a little shy, and I was a little worried about everything, so I didn’t really do anything. The very first thing I ever did was volunteer at my local library at the time. It was just me sitting down at a desk and kids coming up to me and telling me, “Oh, I’ve read this many books this week,” and I would give them a little prize, like a couple of coupons, or maybe a little toy or a free book. Maybe for other people that’s all it was, but I spent most of my summer there, and what I realized at the end was that I really got to connect a lot with my community and get to help parents who needed translators and didn’t really know where to find things in the library. Or I would get to talk to people, and they would just tell me about the different experiences at a certain school or just living in that neighborhood. I feel like I really got to connect and learn more about the community where I lived my home.

How did your extracurricular involvement change between freshman and sophomore year?

Sophomore year, I represented my school at this leadership seminar called the Hugh O’Brian Youth Leadership, HOBY for short. Schools choose a couple of representatives. I was selected, and I got to go over there and learn about different personal leadership skills and also group leadership skills. I got to know more people in the greater LA County and issues that were important to them: issues that I’d never heard about or didn’t know existed in our county.

About a month after that, in the summer, I was able to go to Washington, D.C. as part of the Congressional Hispanic Caucus Institute, and I was able to go there for a week and learn about issues that were affecting the Latinx population in the country. I also got to meet with my Congresswoman at the Capitol and learn about what it was like to be in their shoes. We also did a couple of mock debates. Not only did I learn more about my Latinx community, but I also got to connect with Latinx students around the country. Before then, I’d never even left California. It really helped me learn more about the government and opened up my interest in that sector as well.

With all of your extracurricular involvement, how did you manage your time?

That’s a work in progress. I had a little planner, and I would write in everything that I had to do that day and things I knew that were coming up. I would try to schedule in time. As soon as I got home, I did my homework and my schoolwork so I could have free time to do all the other activities later. I’m not going to say that I managed my time really, really well, because that’s just not true. But I do think it really helped, because it could have been a lot worse. It’s a work in progress. We’re going to try to fix that before college starts.

When it came time to apply for college, how did you narrow down your college options?

I’m a very indecisive person, so I actually ended up applying to 25 schools, which is a lot. A lot of people would say I didn’t narrow it down. But compared to the list I had originally, I did. And I know a lot of other people who applied to a lot more, so it makes me feel better about applying to 25.

What I did was around the summer, I realized I didn’t really know a lot about colleges, so I didn’t know where I wanted to apply. So each day, I would dedicate some time to go to a specific college’s website and search them up, look at what kind of programs they had, what their curriculum was like, what their educational philosophy was like, and the type of students that went there. I would watch their videos. All the schools I applied to were pretty much schools that allowed me to explore what I wanted to do, or schools that had great government-like programs.

How did your family influence your college application an decision process?

Perfect, But Rejected from Colleges. What Went Wrong?
Why Do We Need to Write Multiple College Essays?
Meet Soubhagya, An NYU Admitted Student from India