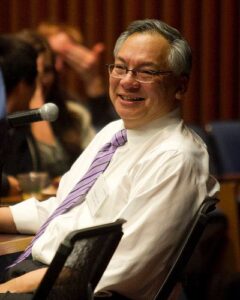 “I denied several applications…due to poor writing skills, incoherent thoughts, and/or a generic or overly-pompous attitude,” explains Edward Tom, a law school admissions dean, now retired after over 30 years at UC Berkeley. We discuss his lessons from reading over 200k applications for a 14% admit rate, including the types of personal statements that turned him off, the most memorable candidate, and the reality behind the job of an admissions dean. Plus: does yield protect exist at Berkeley?

Almost 3 years out of your role as Dean of Admissions at Berkeley Law, what are some of your latest reflections on your previous career?

I often think about how fortunate I was to have had a career that was so fulfilling and that allowed me to meet so many incredible people, and to travel the country in search of top future attorneys. I’m delighted to be still in touch with many of our graduates to this day.

How many applications do you estimate you’ve read?

I reviewed more than 204,000 applications over 30 years at Berkeley Law.

Among those, can you tell me about a memorable one you still recall today?

There were many memorable applications. One that stands out was from an immigrant from Afghanistan whose father had been murdered by the Taliban. She escaped the country with her mother and sisters on donkeys. Fortunately, they were sponsored to immigrate to the U.S. where she eventually completed high school and her undergraduate work at a local Cal State University. She was admitted to Berkeley Law and graduated as one of our top law students. After making one of the highest scores on the California Bar Exam, she went on to clerk for a judge on the Ninth Circuit. She then worked at the New York ACLU and Asian Americans Advancing Justice in San Francisco, and eventually joined an influential law firm. She has had an amazing life trajectory. She bought her mom a house.

What about one that you immediately had to deny? What were the red flags?

I denied several applications with very high LSAT scores and GPAs because something in the personal statement made me blanch. This usually was due to poor writing skills, incoherent thoughts, and/or a generic or overly-pompous attitude.

What’s something that prospective Berkeley Law students would be surprised to learn can prevent them from a favorable review?