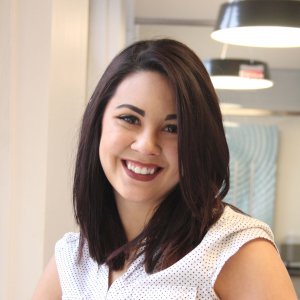 “Don’t just ask the teachers to write your letter of recommendation where you got an A in the class; that’s not really helpful to me.” Carnegie admissions director answers Inna, Anushka, Sonia, Nancy, and Kyle’s questions. This week, SocratesPost and Deborah discuss the SAT adversity score, admissions training, and reader-submitted questions. To catch up from last week, click here.

SocratesPost: When you read an essay or an application like that, are you also looking for clues that it’s authentic and that a counselor or consultant hasn’t helped with it too much? Or is that not something you really look for?

Deborah at Carnegie Mellon: There was an incident that happened last year where an outside student was trying to impersonate someone, which was a whole mess. So, we try to focus on making sure that things are secure, but every once in a while, there might be something that’s a little bit fishy. But because it’s a community-based process; you’re not the only one who’s reading it. I think that helps, too, when you are reading things and you think, “Oh, this is a little bit off,” but I can’t remember that happening recently.

SocratesPost: It sounds like if you have questions or concerns, you’ll bring it up to the committee. Together, you’ll evaluate whether or not it’s inauthentic enough to do something about. Let’s move on to training. How do you think the training for Carnegie Mellon admissions differed from the training you’ve received at the other institutions’ admissions departments?

Deborah at Carnegie Mellon: At SCAD, we were separated, so there were people who traveled and recruited students and people on campus who read applications. I didn’t read applications at SCAD, but I did read applications as an intern for the Office of Admissions at GW. I would say at GW, the training was not as in depth. It was three or four hours one day, but I was also in the office and my mentor was there, so when I did have questions, I could talk to them.

SocratesPost: How is that different from CMU?

Deborah at Carnegie Mellon: At CMU, it’s two and a half days, pretty much six hours each day, so it’s very in depth. Part of it is also because we have outside readers. We have about 25 outside readers and then 25 people in the office who read, so about 50 readers total. This year, we also had an outside reading to do, called The Tyranny of the Meritocracy, which wasn’t as much for us as it was for the outside readers.

SocratesPost: What was the purpose of the outside reading?

Deborah at Carnegie Mellon: We aren’t understanding some of these bigger conversations that are happening in the education world. We read applications from a previous year to learn how to read an application, how to discuss it, how to fill out all the information, and understand how to work the system. We did it more in a small group basis, so your group with your team leader is focused on the same college, because they’re all looking for different things.

SocratesPost: Among the 25 in the office and the 25 outside readers, everyone comes in from different backgrounds. Based on your observations, what separates a top performer from the rest?

Deborah at Carnegie Mellon: I think it’s when you’re able to shape the context of the student without letting those other factors in the context slow your decision. For instance, I’m going to use an extreme example here, if you’re reading an application for a student who had Cs on their transcript in junior or senior year, but in sophomore year they were an A/B student, I’m trying to understand the context of this difference. Maybe I’ll see that they switched to a super rigorous school for junior year or in reading their essay, maybe something happened outside of school. Maybe there’s a family situation or health issue or something else popped up.

You’re trying to understand the context, but then thinking about other clues. What are the letters of recommendation saying, what are the SAT or ACT scores, and are things matching up? People go through terrible things; I will be the first one to admit that. But because an application makes me cry or I have sympathy or empathy for someone that I’m reading doesn’t necessarily mean that they’re going to be successful at Carnegie Mellon. Carnegie Mellon is a very difficult institution. I can guarantee that if you call a student in each of the different colleges, one of the first things they would say about Carnegie Mellon is that it’s hard. It’s very rigorous.

SocratesPost: Tell me more about why just because you have sympathy for someone, you can’t admit them to Carnegie Mellon.

Subscribe to read more of Deborah’s answers, including her Q&A with 5 of our readers and why she wanted to talk to SocratesPost →
Join and access full content!
Here’s a preview of the rest of our conversation! Subscribe to read the rest and support our ad-free newsletter.

SocratesPost: Do you have another example of understanding context?

SocratesPost: That makes sense. At the end of the day, you still want to make sure they can academically succeed, shown by how they took the opportunities their school provided them.

SocratesPost: What’s more important or interesting to you in a letter of recommendation, then?

SocratesPost: Got it. Our conversation today has revolved around CMU increasing access to everybody, which is one of the reasons why you eliminated the interviews and the campus visits. What are your thoughts, then, on the SAT diversity score?

SocratesPost: Sure, that’s not a problem.

SocratesPost: Earlier you were talking about the admissions committee and how if you had any questions or concerns about an applicant, you would reach out to the committee. Is it that every reader who reads for their school will then have to pass on their recommendation to the committee? What happens if there’s a big disagreement in the committee?

SocratesPost: How does shaping the class with CMU’s preferred demographics come into play?

SocratesPost: Thanks for that! I have a few questions that readers are interested in asking you.

Kyle Sheu, a reader of SocratesPost: What are some not often thought of character traits that Carnegie Mellon like to see in the student body?

SocratesPost: Do you have an example of that?

SocratesPost: How does that trait translate into the Carnegie Mellon college experience — as a student?

SocratesPost: That is surprising. The rhetoric surrounding getting into college is constantly about being an extroverted leader who’s well respected in the community or someone who is put up on a pedestal. But what you’re saying about how what it takes to succeed specifically at Carnegie Mellon is really interesting. Hopefully your response helps Kyle.

Inna Gliksberg, a reader of SocratesPost: My son’s school is associated with a college. The students take college courses in 11th and 12th grade. And because of that, the school doesn’t calculate GPA. There are also no AP classes offered, as the college courses are taken instead. So in that case, how important are 9th grade grades in getting into Carnegie Mellon?

SocratesPost: What if the high school doesn’t calculate GPA? How do you view that in admissions?

SocratesPost: Can you elaborate on that college credit in high school piece?

SocratesPost: Does that sort of approach apply to all academic subjects at CMU?

SocratesPost: What’s an example of CMU providing opportunities to learn outside of the classroom?

SocratesPost: Wow. Going back to the CMU approach, how would you summarize the learning experience there?

SocratesPost: It’s great to break down those stereotypes that people have about Carnegie Mellon.

Sonia Gupta, a reader of SocratesPost: My child will be applying for CS major. If he took the Math SAT2 in 9th grade and ACT in the summer after 9th grade, will he be at a disadvantage as compared to those who took these tests in their junior or senior year?

SocratesPost: What does that mean: “representative of your knowledge going into Carnegie Mellon?”

Anushka Sharma, a reader of SocratesPost: What do you feel is the best way a student can express their originality in the application process?

SocratesPost: Given that there are no interviews, this seems like an important question.

SocratesPost: Does the essay matter as much for STEM students?

SocratesPost: What’s something STEM students often write about in their essays because they feel like they have to, not because they really care about it?

SocratesPost: Based on the essay contents, are you able to predict who gets in and who doesn’t?

SocratesPost: Thanks for that. Those were all the readers’ questions today. I’m curious — what interested you in talking to me today and going through the interview?

SocratesPost: Do you have any final thoughts you want to share before we wrap up?

SocratesPost: That’s perfect. Just like the Socrates way: ask questions. Thanks so much for your invaluable insights, Deborah.

Would we benefit from a college consultant?
Vetting Your College Consultant: Dos and Donts
When do colleges start reviewing early admission applications?