College Decisions 2021: How to Manage Uncertainty and Anxiety

“Teens are used to going to their parents on some level for answers and parents are used to having those answers, or at least having some control over those answers… You can do what you think is everything right and have a great GPA, but maybe not get into the college you really want,” says Dr. Kristin Bachman PhD, a clinical psychologist who helps college-bound teenagers and their parents navigate the uncertainty of college decisions.

As colleges release their admissions decision for the 2021-2022 school year, we delve into: 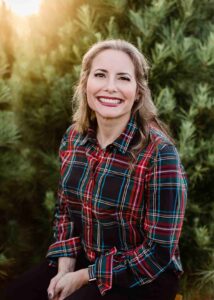 As we enter a new phase with Covid with schools and activities reopening and people getting vaccinated, what challenges are teenagers facing?

Anxiety because now they are actually having to transition back into those activities they had before — sometimes they’re in person, sometimes they’re not — but the makeup of the activities are different, so it’s having to reintegrate, and that’s tough. They haven’t had to do that in a long time. And so there’s that dynamic to it. It’s both depression and anxiety and not really knowing what it’s going look like moving forward.

You often work with parents of teens. What have you been helping the parents with?

Parents are very frustrated and in a similar situation as their teens, which makes it really difficult. Normally, developmentally, we’re not going through the same things at the same time, so parents feel like they have a lot more control over the situation. They feel like they can kind of dictate maybe what their kids do and don’t do and what activities they do and all that kind of stuff.

What are the skills or perspectives that you’re teaching these teenagers and parents to manage uncertainty?

For anxiety, for example, we know that it comes from being in situations where we don’t perceive we have the amount of control we would want. We call it “fighting it with logic.” In this situation, what’s the worst-case scenario? The worst-case scenario is “Okay, maybe I won’t be able to have a regular high school graduation.” Yeah, that’s a real bummer, but what’s the big picture of that?

The other thing is zoning in to try to isolate or identify things in my life that I do have control over. “On some level, I have control over my schedule. I can choose to get up and maybe get a workout in before I go to school, or I can choose to do a certain activity, or I can choose to devote time and hang out and do FaceTime with my friends.”  Trying to build in pockets of control where they feel like they do have some things that are kind of under their control or are in their schedule can also be helpful, because it makes them feel like it’s not 100% out of their control.

We’re also in the season when college applicants hear back about admissions decisions. What makes this process particularly stressful?

The college application and decision process is definitely difficult, because it comes down once again with the anxiety: “Ultimately, I don’t necessarily have control.” You can do what you think is everything right and have a great GPA, but maybe not get into the college you really want.

With your clients applying to college, how do you help them with the lack of control over where they attend college?

I help them figure out, “What ultimately is your goal? Is it about going to a certain college? It is about having a certain major? Is it about a career after college? What is it that you’re looking for, and if you don’t get into this one college, fight with logic. You really wanted to get into the Wharton School of Business, but you couldn’t get in. There are lots of other colleges that have very good business schools. What other business schools are there that are maybe not that one, but another one?’

Or look at other options. If you really know you want to go to UCLA, but you didn’t get in, we know that there are several junior colleges around here that have honors programs that you can go to two years, and then pretty much punch your ticket if you do well to go to UCLA or Berkeley. So it’s, ‘Maybe my vision is going to change a little.’ But really, what does that mean in the long run?

Your diploma is going to say where you ended up; it’s not going to say how you got there. You could have done a semester there, but it’ll still say there. So what is really the goal? And what is it that it really means to you? Is it that you want to go to this school? Is it that you want to get away from your parents? What is the goal, and how can we help you get there, even if it’s not in the direct route you thought it would be?

You also spoke about working with teenagers of divorced children. How do they experience the college admissions and decision process differently?

My teenagers that are in that situation sometimes have to grow up and be more assertive faster than maybe they would have to otherwise. Because a lot of times, parents in those situations can have very divergent viewpoints on what they see their teenager doing in terms of college and everything else. And so what I have to help those teenagers do is really develop a voice and be able to go to the parent and say, “Hey, this isn’t about Mom or Dad, this is truly what I want. This is why I want it. And this doesn’t have anything to do with the dynamic between you two; this is truly what I want.”

And some of them have never had to do that. Some of them have never had to, for lack of a better term, stand up to a parent. And so this is having to gain that confidence to be able to have a difficult conversation. But if you want this goal, you’re going to have that conversation, because your parent truly believes that you are being manipulated by the other one. So that, unfortunately, is something that definitely has to be addressed: where those different viewpoints come from and how the teenager can try to bridge the gap. As much as that’s a difficult thing to do, where do they see the middle ground being?

Teacher Columnist: 3 Things I Wish Parents Knew About College Admissions
Back-to-school anxiety? How to manage it, according to a teen psychologist
Tips for Parents: How to Really Help Your Teenagers Through College Apps During Covid