Rare insights from this Duke admissions interviewer. Ruturaj Kulkarni, a graduate of Duke’s Fuqua School of Business shares his admissions experience with SocratesPost. Read to learn how his interview questions diverge from the “standard” questions, what surprised him most about interviewing students, his best and worst encounters with applicants, what types of students impress him the most, and his take on campus culture. Any Duke hopefuls will want to read this one. 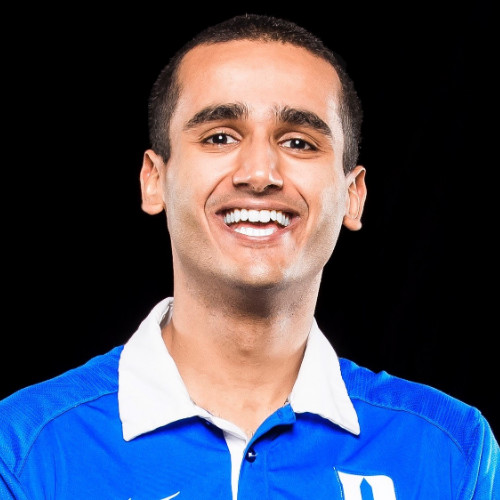 SocratesPost: Ruturaj, tell me about your experiencing interviewing for Duke business school admissions.

Ruturaj at Duke: I wanted to get involved for the business school specifically because I really enjoyed my experience. When I visited, I felt that the students were super helpful, so I wanted to give that back. The way it works is basically, [the admissions office] gives you a group of people that they want you to interview and then assess. Overall, I think what really helps is that because I went through the program, I was able to not use some of the questions that they had expected that we asked – we can change it, we have some leeway – but I also added questions that I felt that I was challenged the most in, “If you were in XYZ situation, what would your actions be?” I think what was really beneficial was me being able to use my personal experience to create questions that I could ask prospective students.

SocratesPost: Were you only interviewing students who were applying for your program? Or did they give you a variety of students from a variety of programs?

Ruturaj at Duke: For mine it was just for my program, yes.

SocratesPost: Tell me more about your program, and how that led you to your career now, and how you decided to go into that program.

Ruturaj at Duke: I went to Penn State for undergrad and I studied political science and national affairs. I was in D.C. working for a think tank focusing on German-U.S. economics and business development relations, so basically focusing on E.U. and the U.S. I got to get involved in what I specifically want to do, but I knew I wanted to go to the private sector. I thought that I didn’t really have a strong business foundation. I found this program at the Duke Business School, geared towards recent grads who wanted to transition to business who didn’t really have a lot of work experience. This program was perfect in that it was for recent grads with at least a year work experience and had core curriculum that’s important for today’s industry leaders. The way I got from that to where I am now is, I did really well in corporate finance, and I got really interested in mergers and acquisition. At the time, jet.com was being acquired by Walmart, and I really wanted to experience primarily what synergies look like, the issues that come with synergies, and basically apply what I learned in class in the workplace. I really got to experience that since October of 2017, since I’ve been here. It has been really cool to see all the different acquisitions; the strategy now is changing. I really credit that to what I learned in my program, and I think the program and the classes we took, gave us an understanding of different fields that we could potentially get into. That helped me hone in on what I wanted to do in terms of specifically what experiences I was looking for after the program.

SocratesPost: Earlier you were talking about how the admissions team gave you guys questions to go off of when you’re interviewing students, but you also came up with your own questions based on your experience in the program. What were the differences between these questions?

Ruturaj at Duke: Some of the more behavioral questions were overlapping, but I would create a scenario where I asked, let’s say, for example, “You’re in a group that you’re not getting a lot of input from one of the team members. Give me a time when you had that situation, how you dealt with it,” and then I would segue into that by asking them, “What if that person was contributing, but not letting you contribute?” Basically, play both sides of the story and see how they would act if someone else is playing the leader, and you’re not the leader, and then just see their group dynamics. I think that’s where it overlapped a little.

But I also would ask them questions about how much they actually knew about the school; not just us in the program, but how much they knew about Duke. It’s always interesting to see how much people research about schools. In the business school, we have something called Team Fuqua. I’d ask them, “What do you think Team FUQUA means to you?” I’m trying to figure out: how do they work as a team? Have they done enough research just going on the website to see what the definition is, in terms of what it means to people that go to Fuqua?

SocratesPost: Compared to your experience as an applicant, were you surprised by how the admissions team recruited and selected students after you started interviewing on behalf of them?

SocratesPost: What type of applicants impress you the most?

SocratesPost: What drew you into the program?

SocratesPost: I hear a lot about southern hospitality and things like that, and kind of thinking about that when you were explaining that. I wonder if that has anything to do with it. At the same time, Duke also attracts a lot of people from other parts of the world, so it’s not necessarily they’re all local. Maybe it’s just the campus culture.

SocratesPost: Do you think there are any differences between what your program says they want in a student versus the students that end up actually taking the program?

SocratesPost: What do you think is the biggest misunderstanding about getting into the graduate business program (MMS)?

SocratesPost: Can you tell me about one negative interview experience that you had and one positive?

SocratesPost: There’s a pretty strong connection between the way you should be interviewing for the program and the way you should interview for a job, because the STAR method is what people recommend for when you’re applying for a job. You’re in business school, you’re learning how to be good at that, so it’s in your best interest, it seems, to show that you can do it.

SocratesPost: Do you think there’s anything unique about the application process for the program that doesn’t happen at any other school that you’ve heard of?

Stay tuned to read the remainder of our exclusive insider interview with Duke admissions interviewer, Ruturaj, next week!

Any tips for online college admissions interviews?
From the Interviewer's Desk: How to Nail a College Interview
What if I screwed up the Duke interview?