Duke admissions dean: How to be a standout applicant 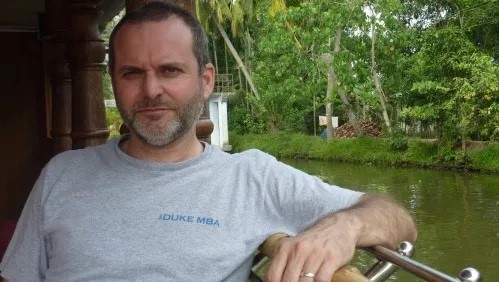 “Somebody who applies one year might not look as strong, and then if they apply in another year, they might have certain characteristics that the admissions committee is looking for and they would be admitted,” says Dan McCleary, an assistant dean of admissions at Duke University’s Fuqua School of Business. This week, we talk about how Duke admissions reviews applicants’ social media, the truth behind “arbitrary” college admissions, pros and cons of admissions consultants, and what makes a candidate great, not just good. Bonus: Dan busts one of the biggest myths about Duke people.

Students at the undergrad level have seen their acceptances rescinded based on what they post on social media. How closely do you evaluate applicants’ social media profiles and how much weight do you put on it?

We are probably unlikely to deeply investigate every candidate who applies. We’re not going to necessarily Google people’s names. I will say that sometimes the people who do the interviews for us⁠—that could be MBA students, alumni, or staff⁠— will occasionally Google someone before they interview them. I feel like the times that we have received tips about somebody having had problems in social media probably come from our interviewers who are just doing a little bit of prep before the interviews.

Have you ever had to rescind an acceptance because of something you later find on the admitted student’s social media?

It has happened occasionally, but it’s probably a little bit rarer at the business school level. What it would likely be at that point would be something that happened during maybe their collegiate career. Of course, things can happen to anybody anytime. But I feel like there’s a type of person who generally applies to business school. They usually get their ducks in a row, and they’re pretty careful about things like that. We absolutely have seen those situations.

When you do find that an applicant has posted something concerning, what’s your procedure?

I can’t recall situations where students have gotten their acceptance rescinded. But I remember a couple cases where we did look to see how things got resolved at the university level: if there were any sort of suspensions, expulsions, or other ways that the university would have handled that. Our philosophy is generally that if something happened while somebody was at university and it was dealt with while they were at university and everything is okay, then people do deserve second chances. I don’t know that I’ve seen anything that was a complete dealbreaker for somebody’s admission to the graduate school. Which isn’t to say that those cases probably don’t exist in the world. Part of it also stems from me coming from the Executive MBA world, where people usually have 10-15 years’ of experience and you’re frankly more likely to see criminal charges for white collar crime or something. Even that is incredibly rare. I’ve seen maybe two or three of those in my life here. At all levels, bad behavior can emerge, and it could affect your application to business school, but I think that most business schools will look at everything on a case-by-case basis, and they’ll try to be fair in their judgments as to whether something is potentially a threat to other students or if it’s a reason to either deny or rescind admission.

Picked for you:  Ashley Celada, Stanford '25 admit, Wrote Her College Essay on the Little Things

How many applications would you estimate you’ve read in your career?

I’ve been doing this for eighteen years. My answer to that would be based on round numbers. I don’t read nearly as many applications as a lot of our staff who are very heavy readers, but it’s probably safe to say that the average over the course of the 18 years has probably been about 50 to 75 applications a year. So somewhere north of 1000. The same would be true for interviews too. I’ve done a lot of interviews because our staff are the ones who interview the Executive MBA students, and so for a long time, I was doing more interviews than anyone else on staff because I was director of admissions for those programs. So I’ve interviewed quite a bit of people as well.

It’s funny. I will say that a lot of it is randomized, and so people might get anyone to interview them. There are occasions where there’s something unique about a file where the senior associate director — the ones who know much more about these programs — might say, “Dan, I would like you to interview this person because I want you to assess something in particular.” But most of the interviews that I do are random. And that’s true with our entire staff. When I interview for the MMS and MQM programs, I probably do skew to interview more people from Thailand, Singapore, India, and the Philippines, because I’ve spent more time in those places, and might have a slightly better understanding of what people have done and their education. But again, I don’t know if there’s a huge benefit interviewing with me rather than anyone else. I think that the rest of the staff are very, very good at interviews and all of them should be the same. We’re all working from the same templates of areas that we need to assess.

Picked for you:  Admissions officers advise future doctors to avoid a nursing degree

When interviewing candidates, does the admissions team read off of a standardized list of questions or does each person make up questions as they go?

That’s an interesting question. There are a variety of areas that we’re asked to give feedback on, including communication and interpersonal skills and leadership. But the way you get to those is probably different for all of us, so the questions that I ask might be a little bit different than the questions other people would ask. Because I’ve done more interviews than anyone else at Fuqua, I tend to be fairly conversational in my interviews.

How Selecting a Major Matters in College Admissions
What happens in a Duke admissions interview?
How do Duke and UNC Chapel Hill's admission criteria differ?