2020 TOP ADMITS SERIES: “I applied to 30, and I do not recommend it at all,” says South Carolina senior Jacky Huang, who was accepted to 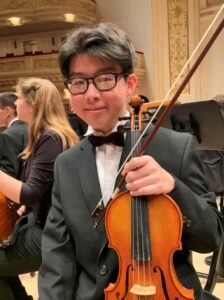 Jacky, thanks so much for joining us today! To start, can you tell us about your high school?

My high school capacity only fits 2,100 kids, but we’re going up to 2,400 to 2,500 kids. There are just too many students every single year and not enough teachers. Some classes had long-term subs when the teacher left early in the year and they couldn’t find a replacement.

How rigorous is the coursework there?

That competitive atmosphere really only exists among the 30-40 kids that are in the classes that I’m taking, which are predominantly AP courses. I believe that we have 15 AP courses offered, which is a lot compared to other high schools. I’m really grateful for that, and I ended up taking 10 of them.

How would you describe the student body?

You definitely feel how polarizing the atmosphere is, because at my high school half the students come from the ghetto area and really bad places, and half the students live in some of the richest areas. You really do see that socioeconomic divide harshly. In those AP classes, sometimes I do have that feeling of, “I’m probably the only FGLI (first-generation low-income) student here in this entire room.” Those feelings, were definitely something that I had to get used to.

What experiences did you have as a FGLI (first-generation, low-income) student?

Sometimes you don’t really realize the challenges you have overcome until you sit down and compare yourself. What I perceive as normal is extremely different from another student that has maybe come from a wealthier background. I really actually never thought about these types of questions or any of this type of thing until junior or senior year. Other applicants got a bajillion awards and went to all these summer camps. They’d ask, “What were you doing sophomore summer?” and I’d reply, “I was working the entire summer.” A lot of these responsibilities, like taking care of my brother and my cousins, felt very normal to me because I grew up doing a lot of these responsibilities.

What’s an example of some of these differences you only recently noticed?

I remember very vividly that a few of my classmates in my AP Government class were all really stressing out about the college application process. I remember feeling like I didn’t know if I was going to get into college. One of my classmates said, “Jacky, aren’t you an immigrant? Aren’t you first-gen?” I was like, “Yeah, I am.” And then they were like, “Oh, you don’t have to worry. You’re going to get in just because of that.”

What are the implications of being first-generation?

Back then, I didn’t know that people would say that you have an advantage because of being first-gen. I never once in my life thought that being from an underprivileged background would be an advantage. No one that comes from my background or has gone through similar challenges would say that it is an advantage. Reflecting back, I see a lot of privilege that a lot of my classmates have; they would talk about things that felt normal in their hemisphere, like being able to pay for three years of SAT prep costing thousands and thousands of dollars. I’m like, “Oh, okay, that’s why they have a 33 and I’m stuck with a 24 that I’m really stressed about.” Somehow, I improved my score by 10 points on the ACT, and I had to self-study because it was impossible to afford tutoring. My parents didn’t know anything about the college application process.

Throughout the college app journey, how did your family’s FGLI background challenge you?

Everyone’s in those clubs, like Beta Club or NHS or these clubs that a lot of students think look good for college. I never really bought into that. One, because I couldn’t really afford the price to join the club: $40 to join some of these organizations, and you get a shirt and get to say you’re in. I could not for the life of me really think about how this was worth it. $40 could be a whole week of groceries. To join a club that I really had no interest in just to look better on my college resume, I could never bring myself to do that.

Another challenge I had to go through included working at the restaurant. One of the summers, we were extremely short-staffed and I would go there early in the morning with my mom, at 8:30 to 9 to help set up. Normally, the chef comes at 10, and cashiers at 10:30, so we’d be there an hour to an hour and a half early to help set up, clean tables, wash all the sauces, and make sure everything was okay to help speed up the process because we were that short-staffed. A lot of these things people don’t see. They still expect the same type of service. It was really stressful to go through that while also thinking about college, and no one knew anything about college.

What do you think got you into Harvard, Yale, Princeton, Duke, Northwestern, Johns Hopkins, USC, Swarthmore, Middlebury, and a bunch of other selective schools?

Putting in all the effort of to show who I truly am on paper is really, really important. That’s how I think that I got into these universities. If you threw a whole bunch of paper and a bunch of essays on the floor and someone that was close to me had to pick it out, they could tell it was me. That’s the biggest piece of advice that I am able to give. It’s very hard not to compare yourself to the people that have won Intel, ISEF, or all these big science awards. But when you think about yourself and who you are as a person, share the stories that you’ve never been able to tell anyone before. That’s how I knew that I had done the best that I could and it was just up to the admissions officer and the committee to see if they resonated with that story as well.

Tell us about the clubs or extracurriculars that you are passionate about.

How did you use your reflections to improve or change your school’s Yearbook?

Thinking about my own challenges and having a platform to now help other students share their stories is so meaningful to me. I combined that with a social media campaign that I started called “Meet Mauldin” where every other week we interview people in our high school that haven’t been covered before. One week, we interviewed a janitor. Another week, we interviewed somebody who was an asylum seeker from the Syrian war and survived a bombing attack after school. It’s these stories that nobody else would have heard of unless you were searching.

Amazing how you found and spotlighted those human stories. What other extracurriculars mean a lot to you?

In DECA, which is a business club, I started the community service aspect of the club and became the 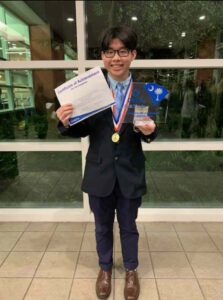 The other thing that also takes up most of my time is that I work at my grandparents’ restaurant a lot to help support my family. That’s definitely a big-time commitment. During the school year, I work less just because it’s impossible to fit everything in, but over the summer, I work a large number of hours every single day.

When it came time to apply for colleges, how did you narrow down your options?

I applied to 30, and I do not recommend it at all. It was shocking to me how easily I could wipe out half of the options that I ended up getting into. Some of the options were eliminated not even for financial reasons, which is an easier way to objectively weed out options. It just came down to fit.

Were you able to tour the colleges you applied to?

I didn’t have the resources to just go on an entire college tour over the summer for 10 days, visiting all these institutions. That’s so out of the question and so impossible to do. So these fly-in programs were my way of how I luckily was able to tour so many colleges.

The fly-in process was its own college admission process; filling out these applications was very, very similar to the college applications in general. You send in essays, your transcript, your scores, and all these things.