This student helped pass a New Mexico law. He’s off to Harvard.

“I got deferred [from Yale] in the Early Action round, and then in the end I got rejected… it’s okay to let yourself feel disappointed that you didn’t get the decision you expected, but after you’ve come to terms and accepted that, one of the benefits of that is that you can let yourself use that as a motivator. That motivated me to send in my Harvard application,” says Agustín León-Sáenz, an Albuquerque High School graduate among the 3% of applicants accepted into Harvard’s Class of 2025. The bilingual student co-drafted and helped pass a city-wide and state-wide law prohibiting hair-based discrimination. Denied admission by Yale and Cornell with a 4.95 weighted and 4.0 unweighted GPA, the class salutatorian took an unconventional approach to the Common App prompt. This week’s interview: 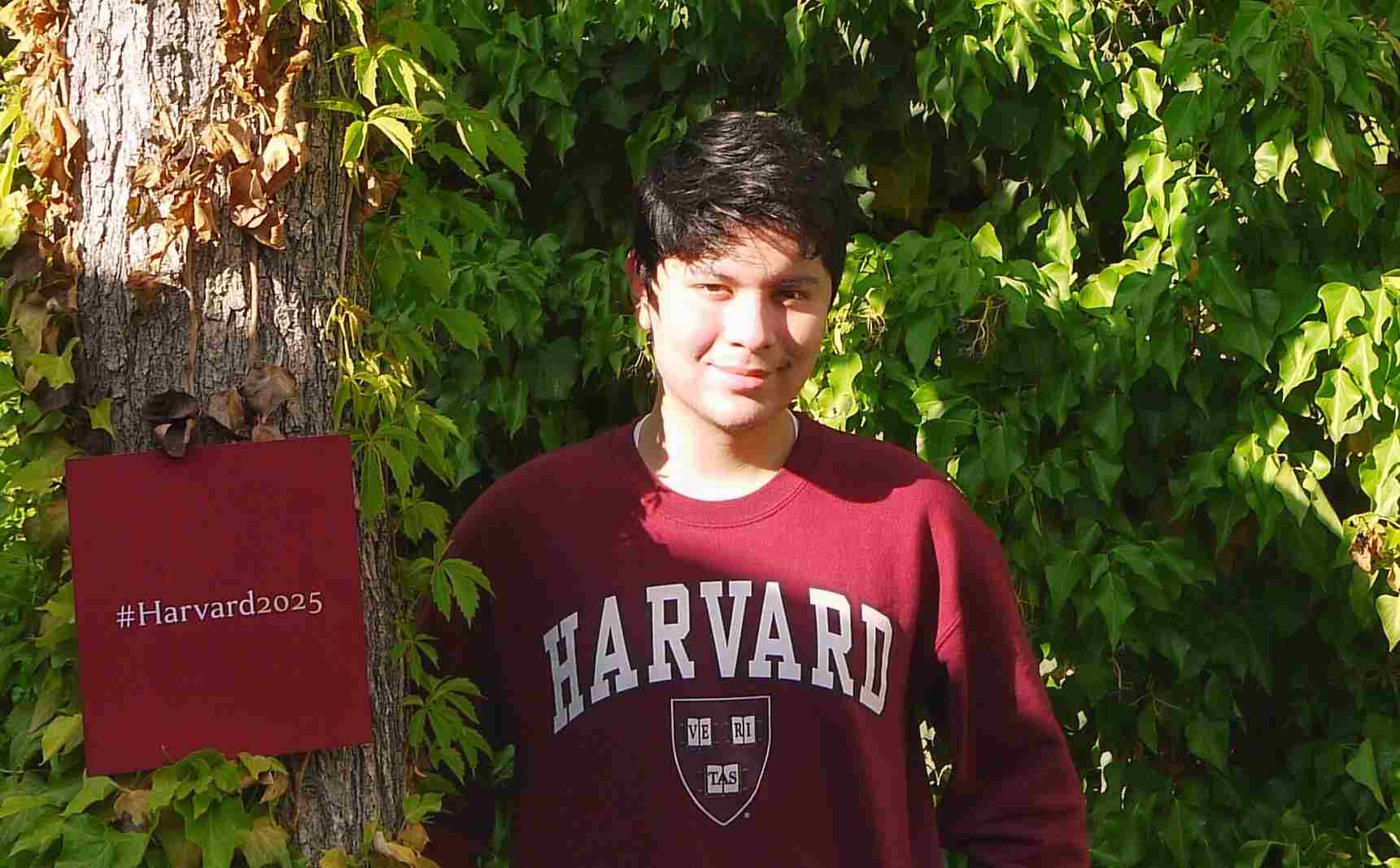 Thanks for joining us, Agustín! Looking back on college apps, what was your biggest takeaway?

One of the virtues that I really got to experience was patience. With a lot of the college applications, I didn’t anticipate having to wait so much. Apart from that, with my college applications journey, like with writing the essays — and this is common for a lot of people — not trying to be someone I wasn’t.

I am an immigrant from Quito, Ecuador, which is in South America, but I have been living in the U.S., specifically in Albuquerque, New Mexico, since 2013. I went to high school in Albuquerque High School. That was a great experience.

What was the environment at Albuquerque High School like?

We’re actually a Title I public school, and so unfortunately in some aspects we don’t have as many resources as some of the other schools in the area. But we do have a robust set of AP classes that we can get into. It’s mostly just if you want to take that AP class, you can, and the counselors are really willing to help you in that aspect. And we are a very diverse community. I believe the majority of the students in our school are people of color.

Which AP courses did you take advantage of in high school?

I took advantage of both the bilingual seal program at my high school and the AP program, and so I took both bilingual classes that helped me establish my academic proficiency in both English and Spanish while also pursuing my varied interests. I have a passion for STEM and government, public policy, history. So for example, I took AP Calculus AB and BC, which is what I finished this year. I took U.S. Government and Politics my freshman year and a variety of classes that I was interested in.

How did you figure out that your passion was STEM and public policy?

I’m someone who’s also very passionate about bringing equity to our community and bringing justice, especially with marginalized communities, people of color, and so in the internship that I mentioned, I was able to be in a research group with a group of Navajo researchers who were investigating the effects of mine waste legacy on indigenous soil in the Navajo Nation and other nations. That to me was really important because it showed me the power of research and creating change for marginalized communities. And this was also a big surprise for my interviewers, but one of my other big extracurricular activities was actually being a student leader for a statewide movement this past year.

Can you talk about your leadership in this statewide movement?

I work specifically with a group of Black women leaders and legislators in my state to pass legislation prohibiting race-based hair discrimination. I did that at the city level and at the state level, and both of them were signed by their respective leaders: the mayor of Albuquerque and Governor Lujan Grisham of New Mexico. I think that surprises a lot of people just because they’re two very different activities that I pursued. But I found that, for me, it wasn’t about necessarily what looked good on a resume, but what I felt passionate about and what I felt would be a good change for the community.

How did you find these opportunities to change the history of your city and state?

I’m a part of a model government civic engagement program here at my school, and it’s a statewide program called Youth in Government. Through that, throughout my high school experience, I’ve worked a lot with drafting model bills, kind of like what you do in Model UN, but for the state government, and other things.

What experience do you have in government?

I think it was my junior year when I drafted a bill inspired by the Crown Act, which is the national movement of what I’m talking about. I actually was very interested, because I wanted to see if this legislation was being implemented in my state. But the more I looked, the more I saw that no one was doing anything and that unfortunately it wasn’t a topic that anyone was interested in. So in my head, I was just like, “If no one’s going to do it, I guess I am.” And so I emailed my legislator; her name is Senator Antoinette Sedillo Lopez, and I asked her to basically please help pass this law. I provided my research and draft that I had written. That’s basically where the journey started. I helped co-draft the actual law that was made, and I worked with a group of leaders to push the community to write letters to their legislators so they could be on board and to also speak up during public comment.

It’s so impressive that you played a part in your state’s history. When it came to college options, how did you narrow down your choices?

I think having a college where I would be supported and empowered in a variety of fields was definitely an interest of mine, and that’s why I’m very grateful to be going to Harvard. I feel like whether I choose to go into environmental engineering or public policy — hopefully I can combine, but if I have to choose, it’s a win-win situation.

But something else I had to take into consideration is I am an immigrant, so at the time of applying to college, I was actually considered an international applicant by every university. That was a stressor in some regards, just because I was very disappointed at the prospect of having to compete at a more rigorous level given the international competitive pool. At some universities, I was fortunately recognized afterwards, after I explained my situation as a domestic applicant. But something that I was considering is that universities like Harvard, Yale, MIT, and Princeton, I believe, were universities that no matter your immigration status, no matter your status of legality, you would be considered the same as everyone.

What ultimately inspired you to commit to Harvard?

2020 Top Admits: Iandra Ramos, Harvard 2024
Am I likely to get accepted if I'm deferred in Early Decision?
Penn and Harvard's Admissions Factors