How NOT to appeal for financial aid 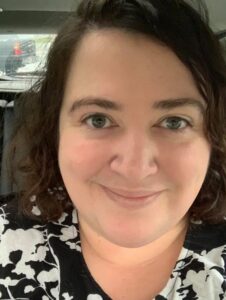 “‘X school gave me this amount of money. What are you going to do?’ is the absolute wrong approach,” says Leah Young, Dickinson College’s Director of Financial Aid, about how NOT to appeal for more aid. In part 2 of our interview, our college aid insider shares why families with assets qualify for more aid than they think, how the CSS Profile lowers admissions chances if you’re high-need, what special aid considerations exist for divorced parents, and how Dickinson’s financial aid policy can benefit international students more than domestic ones. Read part 1 first!

That’s a great tip. Have you noticed any common threads among those who don’t believe they qualify for financial aid?

I think it tends to be more people with assets. They assume that’ll disqualify them. But income is weighed the most heavily on the need analysis. Assets is a smaller portion, and it can change based on how many people are in your family, the age of your kids. The CSS Profile takes into account savings for college for other kids as part of your assets. They will deduct more of your assets if you have more kids that may be attending college later. It’s all a calculation, but the assets are a smaller percentage of that calculation than the income.

One of our readers asked if filling out the CSS Profile can reduce an applicant’s chances of admissions at a private school. What do you think?

Completing a CSS Profile in and of itself does not reduce your chances of admission. What I think they’re referring to is really that need-blind versus need-aware piece. The results of the CSS Profile can potentially change the chances of admission if you are a high-need student. The need isn’t the determining factor in admission. I can only speak for Dickinson, where everyone gets read need-blind. But if somebody is on the bubble and we are trying to finalize the class right before decisions, that may become a factor as we’re shaping the class.

Is there any downside to not completing the CSS Profile?

For most schools that do require that for the aid application, it’s not like you can later then say, “Oh, just kidding; now I want to apply for aid.” You essentially get put on a waitlist for aid because we were budgeting for a certain dollar amount. So that’s the drawback. It’s not submitting the application. If you were to require a ton of funding and are sort of middle-of-the-pack, it could be a final straw to move you one way or another.

Another reader asked if getting a degree from a certain school would truly help her son get a better job or higher starting salary. What are your thoughts on that?

I do think that certain schools may better prepare students. There are all kinds of ways to cut this data. There’s been a recent report saying that liberal arts college graduates may not graduate with the highest salaries initially, but 10-20 years down the road, they’re the ones making the most money. That’s something that students should take with a grain of salt.

How should students take these stats with a grain of salt?

If you’re looking five years out, “meaningful” is a key piece to that question. Are you doing work that is meaningful to you? Can it pay your bills? Because not everybody wants to have the super high-powered, $100,000 job right out of college. Is it in a field that you want to work in? That’s harder to quantify. But if your absolute goal is to go to college in the most efficient way possible and to graduate ready to make as much money as possible — I don’t really endorse that approach — then you want to look at all the data available.

Where can students find that data if they do want to make as much money as possible after the shortest amount of time possible in college?

I believe they report that now on the College Scorecard, but most traditional-age college students don’t 100% know what they want to do with their lives. They get to college and get that freedom and exploration, and that’s one of the big advantages of liberal arts. You have the freedom to explore and learn in a really amazing, creative way, seeing how the different disciplines come into play with one another. It gives you that exposure to many more opportunities and ways to approach the world than you may have had in high school. You may not have had exposure to philosophy in high school; not everybody’s high school has a philosophy class. But you explore that as one of your Gen Eds, and you decide to minor or double major in it, and that’s something that’s held out there as one of those degrees that don’t make a lot of money. But if you think about all of the ways you have to learn to think and to think quickly, and to be able to quickly understand what is going on in a scenario and what the best way to approach it is, that’s a lot of what philosophy is.

What was your personal experience selecting a field of study?

I was a theater major, so I’m not the one to ask about majors that make the most money. My father told me I was never going to get a job. I know I am not alone. But that degree taught me how to work with others; it taught me how to direct and collaborate and event-plan, all of those kinds of things that have served me really well. Nobody goes into financial aid as a plan.

How did you go from theater to financial aid?

It was a temp job in New York City gone terribly wrong or right, depending on how you look at it. I went way off-track with that topic, but that data is out there. If you want to look at it, I just encourage a broader view. That being said, I know that’s a bit optimistic considering the expense of college, and how for some folks this really needs to be done as inexpensively and expeditiously as possible while preparing for their future. That’s two sides of the coin there.

I browsed through Dickinson’s financial aid handbook and in the international section, it says that aid is limited to the most competitive of applicants. One of our Canadian readers has a son who wants to play a sport at a D1 or D3 school and wanted to know how financial aid or sports scholarships work for international students. What does it mean at Dickinson to be “the most competitive of applicants”?

For Division 3, there aren’t specific athletic scholarships, so it’s really based on need or merit. Those are the two types of aid that we offer. International students don’t submit the CSS Profile, and they’re obviously not eligible to submit the FAFSA because that’s a federal form.

Will certain colleges get my kid a better-paying job?
From a financial aid director: How retirement funds, home equity, and cars matter
Middle-class families can afford college. Here's how.