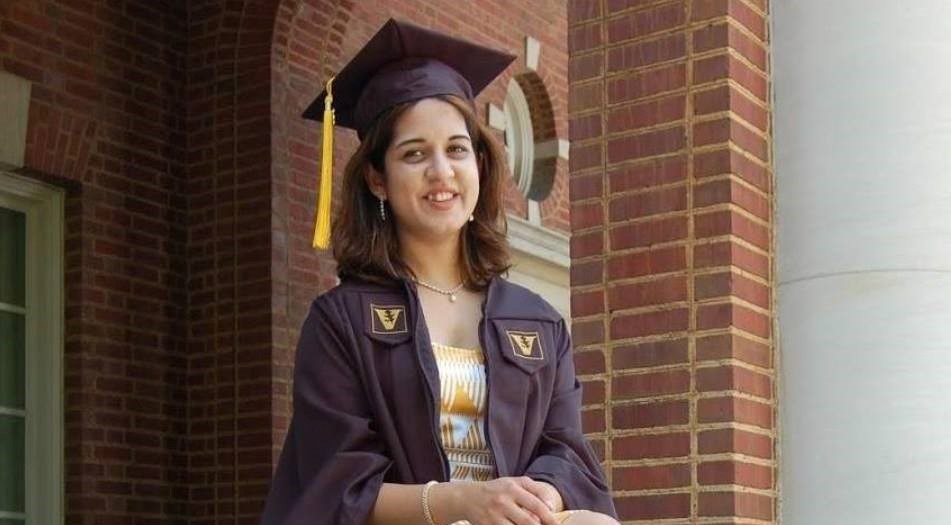 “We’re not supposed to grade word choice and eloquence because there’s a lot of equity issues with writing,” says UC Santa Cruz senior admissions evaluator, Ria Jagasia, about evaluating UC essays. In this week’s interview with our UC insider: how to combat a low GPA, tips on appealing rejections, the differences between a 1 (best score) and a 2 (second-to-best) candidate, the UC tolerance for senioritis, and the real effects of alumni status and demonstrated interest. Catch up from Pt. 1 of the interview here.

Lately there’ve been students getting their acceptances rescinded due to social media mishaps. Do you ever try to check something fishy on an application by looking them up with identifiers you do have if you don’t have their name?

I don’t have any way to. I have no clue what your name is. I don’t know what your email is. There’s no way for me to know who you are actually. I think the only time that we would pull the application out of the system initially — or at least it goes under a separate review process — is if there’s just some incongruity between what you’re saying and what you’re reporting, like your score says one thing but your PIQs say something totally different. That could be potential for flagging and then reviewing separately.

Do you catch applications with discrepancies that make you think the applicant was dishonest?

Students do lie; that’s the reality. Whether they get caught or not, unfortunately, is where there is discrepancy. It’s really hard to flag an application for lying when there’s no specific reason to. Students often overlook the actual process because they say, “Oh, there’s no way for them to check when I self-report scores if I’m completely BS-ing my scores on my application or if I’m talking about stories that didn’t happen to me. There’s no way for them to know in the application review.”

And what happens when you do catch a student lying on their application?

I had a falsification case last week. Two weeks ago, I had a mom call me saying that her son got rescinded. He got admitted and then he got an email saying his offer was rescinded from UCSC. I looked through the update and there were five paragraphs of notes on this case. It turns out that he had falsified more than a dozen of his grades on his application. He put As and Bs, and his application was definitely not As and Bs.

Picked for you:  Ashley Celada, Stanford '25 admit, Wrote Her College Essay on the Little Things

How do you manage discussing this with the parents?

It’s tricky, because a lot of times we can’t tell that information to the parents, because they haven’t signed off on having a student disclose that information. So it’s hard because the parents typically don’t know that their student has lied. They’re like, “No, my son would never lie on an application. We have an official transcript and it’s not what he said.” They can appeal it.

Can you tell us more about the appeal process?

We have a whole appeal to process, so students are welcome to appeal their decision. A lot of the times, your appeal may go through and you may get admitted. Falsification is a whole other game. That student actually got blacklisted from the UC’s, so he can never apply again to any UC campus based on the severity of his falsification. There’s a lot of that, where I don’t think students who take the chance and lie on their application realize that we do fact-check at the end of the day. We are getting your official transcript, so if you’re lying, you’re just putting yourself in unnecessary danger. It’s not like we won’t admit you if you don’t have all As. That’s where a lot of students get tripped up, because they’re like, “I want to be admitted, but I don’t know if my grades are good enough.”

What should applicants do if they’re worried that their GPA is too low?

Well, that’s where your essays come in. We want you to explain what happened. Maybe something happened that was out of your control that caused a decline in academic performance. We want to know, because there’s definitely a difference between that and like, “Nothing happened to me. I just didn’t do anything in high school.” We have a lot of those students too, where I’m like, “Well, you’re not deserving of a 1. You have great grades, but your school had 20 APs and you took one. So unless there’s an explanation, you didn’t do that great or challenged yourself.”

What happens if a student was honest on their self-reported transcript, but their grades drop senior year?

That’s a good question. If they senior-slide and just flunk all of their spring classes, we have certain GPA thresholds that we’ll allow. So if you’re going from As and Bs and you get one or two Cs senior year, especially in AP courses, it’s not really the end of the world. If you’re going from all As to all Ds, that’s a different story. Then we are basically allowed to hold your admission, and then depending on our data on who we’re admitting, there’s a lot of final decisions that have to be made. We may rescind your offer. When the students get admitted, they do have a contract of conditions of admission. These are all the things that are your responsibility that you have to keep up, including your grades senior year. That’s part of the conditions of admission. For that contract, if they are getting really poor grades senior year, technically, they’re violating their contract. That’s a reason to rescind. That condition of admission is the main thing that keeps them accountable. If they’re not following that, then anything that falls short of that is reason to withdraw or rescind the application.

Does that apply to all UCs or just UCSC?

LA and Berkeley will take a much less drop. They probably won’t allow as much of a dip as we do just because we’re a lower average GPA campus than the other campuses. It depends on the campus, but I think overall everybody has an admissions contract that students are held to, so if they’re violating that contract in any way, then it goes under a separate review process and typically those students get rescinded.

I’m curious what you need to see in an application to right away score it a 1, the highest possible score.

When we get trained, we spend so much time going over what a 1 should be, what a 2 should be. Per reader, there’s not an exact definition because we read in context. So even if I score an application a 1, maybe somebody else would be like, “No, that’s more of a 2,” which is fine. A one-point discrepancy is not the end of the world. For me, by the 800th application and it’s a 1, sometimes I’m like, “I’m not going to waste time reading every word of your essay; I know you’re a 1.”

That makes sense. The 1s seem to be strong in every sense. So what aspects of their application look so strong that you don’t even need to finish reading their essay?

A lot of the times straight As or maybe three to four Bs that I see, maybe in APs or honors courses, weighted heavy. Your SAT is great. We have percentiles, so I can see based on your score and percentile to the rest of our application pool, to your school, to the greater UC. There are percentile data points that we get, and that’s where we rank it off of. We don’t just give you a score based on your actual numerical SAT score; we do it in the context of a greater pool, just so it’s fair. If you’re scoring within the top 20% of your pool, especially for schools that have really high SAT scores, that means you’re doing fairly well compared to the rest of your pool. Those are things that I’d be like, “Okay, this is already a 1 or 2 in my head.”

And what stands out about the 1s non-academic profiles that don’t involve numbers like GPA and test scores?

Typically, as I scroll down the application, those students have great extracurriculars. They clearly have leadership. They have continuity —

Do I have to attend college events to show interest?
A new grading rubric for UC admissions 2021
Pet peeves and how to get denied, explains admissions dean