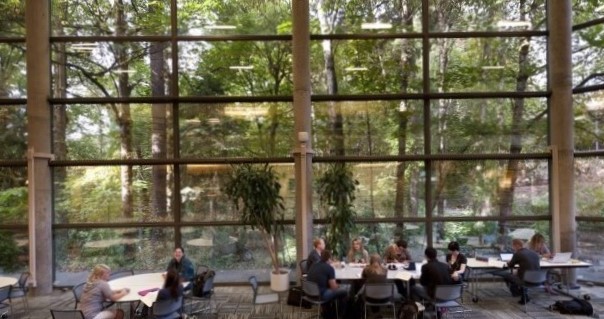 “Engagement, how they express themselves, their point of view… It’s really about the impression you leave us with,” says Mimi Huang, the assistant dean of admissions at Lewis & Clark Law School in Portland, Oregon. This week, Mimi divulges how the admissions team selects candidates, how disagreements on admissibility, a.k.a “fight files,” are handled, the do’s and don’ts of the admissions interview, and Covid’s effect on law school admissions.

Thanks so much for joining us, Mimi. To begin, can you tell us your path to becoming the assistant dean of admissions at Lewis & Clark law?

I’m from New Jersey originally. And I went to Seton Hall Law, which I loved. I actually took the bar in California, because I’m married to a Californian that I met in law school, and it was important to us to start our careers back there. The way things were panning out, it was 2008, 2009. It was very difficult to land a job. We did end up actually working those connections back in New Jersey, so I ended up signing a clerkship, which was wonderful. After taking the bar in California and then ending up in New Jersey, I took the bar there. And after my clerkship, I entered practice at a small boutique firm. Actually it was a plaintiff’s environmental firm. But it was really difficult circumstances at the time. Everyone was kind of taking on a lot. And as much as I loved the work, I saw the toll that was taking on my personal life, my health, my everything.

That’s wonderful you realized what you needed to stay healthy. How were you able to make that career shift out of practicing law?

I put out my feelers to my assistant dean of admissions, whom I love. She was a big mentor for me when I was looking at law schools and as well as some professors that I kept in touch with. Right away, some really great admissions opportunities came up that I was able to interview for. Oddly enough, one opened up in my own alma mater. So it just seemed like a no brainer at the time. And then I ended up in admissions, which, candidly, I did think it was maybe going to be just the landing spot at the time. But to my surprise, my delight, I really enjoyed working with students, especially when compared to being a litigator. I realized I needed to commit myself to this career path and  temporarily close the window on practice. After putting a couple years at Seton Hall, I ended up the Director of Admissions at the University of Arizona James E. Rogers College of Law. And then after a couple of years there, I ended up here at Lewis & Clark as their Director of Admissions. I believe in 2017, my predecessor decided to leave for another opportunity and I just got promoted from within.

When you talk with others about your role as the assistant admissions dean, what tends to surprise people?

My law school is unique in the way that it’s very self reflective. One of the things that surprises people most is how genuinely collaborative it is. There’s very little regard to like a hierarchy. This is coming from someone that grew up in the East Coast, and I feel like there was always, especially in the workplace, some emphasis and fascination with pedigree and sort of, you know, having to observe hierarchies. I feel like everyone in Lewis & Clark is not just down to earth but accessible and I think they genuinely want to help each other. There really is hardly ever pride of authorship or ownership about projects. Everything takes a village. That’s how we like to do it at Lewis & Clark, and that includes students as well.

What do you mean that students are included in this as well?

Students are involved at every level of governance of the school: all major committees, for example, admission, budget, faculty, hiring, diversity and equity inclusion. Any of those committees actually have student members as well. And they’re elected to those positions. They take those roles very seriously. They have an equal voting voice. They also sit on the board of trustees and they have a board seat on the upper campus.

That seems so unique. Have you experienced that at other law schools?

I’ve been at other law schools and have seen that those kinds of things try to be implemented and not quite be successful. That is often one of the hang ups in higher ed: the bureaucratic process where people have to prove things. At Lewis & Clark, we openly invite feedback and comments. I don’t know if I came here as somebody who might have appreciated that. I’m one of those people that always cringes a little bit when people say group work.

With Covid upending so many lives, in what ways has it brought challenges to your work that you find difficult to overcome?

Being overwhelmed by the number of questions that we may not have definite answers to. In admissions, we’ve always perceived ourselves as trying to help connect students with resources that can help them make decisions. For students that are planning to join us and they’re excited and want to start, it’s just been hard to give them the certainty that they’re craving — that we’re all craving. Work from home has been an exercise in surrender, right? Essentially, we’ve lost some control over everything. We want to know more so we can make decisions or help advise our students, but it’s been so difficult and we’ve run into issues with them feeling like they’re in the dark about certain things. We’re doing our best to try to communicate what we know at the time, but so much is changing so quickly.

What are some example of those big changes that you find difficult to keep up with?

We may draft a message, and then the information that was based on has changed, so we have to redraft the message. Or we put in place guidelines where we’re going to be in groups of 50. And then we’re told “actually, no, you can only be in groups of 25 or 40.” The whole school community has been revving in high gear from day one working from home: March 17.

What do these conversations look like with your admissions staff or team?

As my dean would say in her wisdom: “Overnight, we were able to close. Now it’s taking 5000 man hours to reopen. Could we ever have imagined that someone who works in the library is going to measure the circumferences of six feet around in every lecture hall? It’s unbelievable.” In admissions, that’s the difficulty because we are traditionally the place where students go to for information. It’s been challenging to give them the information they need and they want and I understand their frustration.

On the flip side, in what ways has Covid made the admissions team’s work easier?

I don’t know if this is easier, but I consider it very much a silver lining: I think our engagement with incoming students in particular, the ones that we haven’t yet bonded with in person, has really been very much in depth. The stories people share with us about what they’ve been going through and how their lives have been impacted. How the dimensions of where they live and the people they live with and their families have been impacted. They’re sharing things on a different level with us, trying to help us understand what they’re going through so we can help them. I do think the level of engagement has become more meaningful. I don’t think this is a normal level of sharing; I think that’s just sort of what the circumstances are demanding from all of us, to be a little bit more communicative about our needs and our fears.

I never thought about the positives that could arise from that, but it’s so true! How have you responded to your students opening up?

We try to be a bit more understanding and give people room to express themselves, but also just being more understanding and working with them through this. There’s so many things happening that is out of people’s control: they lost jobs, they’re facing eviction, their parents have been laid off, their weddings have been canceled, or they’ve lost loved ones to this horrible disease. The last thing I’m going to do is tell you that no, you can’t pay your deposit 14 days late. Of course, you can still join us. It makes me question the necessity of those kinds of things.

To dive deeper into the inner workings of the admissions office, can you talk about your involvement with evaluating applications?

A lot of our reading is done by committees. We actually utilize a whole number of different committees that are comprised of faculty and students. They’re primarily the ones that evaluate applications and they still get in a room once a week and discuss the majority of applicants in person which is very rare among law schools.

What do graduate schools expect from Master's degree applicants?
Rochester admissions dean: Don't worry about the 'right' answer
Can I boost admissions with an art portfolio?