Does Early Decision really matter? At this school, it doesn’t

“It really doesn’t matter for us,” Lynchburg admissions officer, Riley Haris, says about Early Decision. This week, more discussions w/ an insider on the most competitive majors, paper applications, binding ED contracts, and best pieces of advice.
Catch up from our last installment.

SocratesPost: How long does it take for you to review an application and respond to the applicant?

SocratesPost: That’s pretty fast. You guys also have Early Decision. But how much of a difference does applying early actually make on someone’s chances of getting in?

Riley at Lynchburg: It really doesn’t matter for us. Sometimes athletes want to use it because once they get in, it’s binding, and we can start making the moves for them to come. Which makes things a little easier for them. But even if you apply by the deadline, we’re still going to get back to you within two or three weeks. The other thing is with the binding component. We’re pretty good about if kids accidentally click boxes, and they don’t realize what they’re doing. We’ve had parents call us saying their kids clicked binding, but they don’t know what they’re doing, and they did that without the parents knowing, and they ask if there is any way to reverse it. Not all schools will do that. A lot of them won’t because they might be very strict with the binding component. But we have a little compassion for those situations.

We’ve had parents call us saying their kids clicked binding, but they don’t know what they’re doing, and… we have a little compassion for those situations.

SocratesPost: That’s really forgiving, especially these days with schools calling each other to check on mutual applicants and rescinding acceptances.

Riley at Lynchburg: Sometimes it’s the parents’ first kid, too. If the parents didn’t go to school and everyone is doing it for the first time, it can be a confusing process. There this idea that everyone’s out to snitch on the students, but that doesn’t make the process very calming or welcoming or honestly makes them want to deal with anyone at the school. We try to be as welcoming as we can.

SocratesPost: In terms of the programs that you guys offer, which programs are the most competitive?

Riley at Lynchburg: Nursing, biomedical science, and exercise physiology. Our nursing program is not a direct admission, which is because it’s so competitive. They have to start as a freshman and declare, and then they complete the nursing prereq courses. After those, they take an exam and are given entrance into the nursing program based on that. So, that’s our most difficult program. Some people worry about having to wait a year, but I always advise students that sometimes they want to go into nursing, and they can be good at it, but they didn’t do well in science classes their senior year. So, when they do the prereqs, it’ll either tell them that they want to keep going in this profession or maybe it’s a lot harder than they thought, and they don’t want to pursue it anymore. But it gives you a year to prove to yourself that you can do this at the college level. Part of it is us giving kids that out to decide they don’t want nursing, but also gives a chance to the kids that can do it and be good at it who maybe don’t have the high school statistics and GPA and test scores showing that right away. That’s the most competitive of the programs for that reason alone. Most of the time, when you have those health science majors, the curriculum is pretty much set in stone, and there is no wavering from that. So, it gives them a year to figure things out during that grace period.

SocratesPost: Where I’m from in California, the public schools will admit you based on your chosen major. Does Lynchburg admit students based on chosen majors?

Join and access full content!
Here’s a preview of the rest of our conversation! Subscribe to read the rest and support our ad-free newsletter.
Picked for you:  Why they picked Stanford over Harvard, MIT, and a full ride at Emory

SocratesPost: I saw that you guys offer a paper application. How often do applicants actually use that instead of the online app?

SocratesPost: That’s funny. Alright, I’ll start wrapping up here. What is your best piece of advice for someone who wants to attend Lynchburg?

SocratesPost: Cool. And then the last question is, what are some questions that you wish I asked? I didn’t ask you.

Never let a sticker price of tuition or housing freak you out into not apply and not asking those questions… sometimes it’s cheaper to go out of state or go to a private school.

SocratesPost: Yeah, especially with the guaranteed scholarship that you guys give, I think, if you didn’t ask for it and look carefully, you probably would miss that.

SocratesPost: Is it because you have the time to walk all of your applicants through the process and treat them as individuals?

SocratesPost: What’s the thought process behind that?

SocratesPost: That’s great. What else do you have to add?

Riley at Lynchburg: I appreciate the diversity amongst the questions that you asked. I really appreciate that. There was a book that was written by a New York Times editor called Colleges That Change Lives, and we’re in that group of colleges. It’s basically small schools that do different things that could be a good fit for students. We stay in that group while some schools are added in or drop out. I think the fact that we’re staying within it is something that we’re proud of. We like being different; it’s a good thing.

SocratesPost: Well let’s celebrate being different, then. Thanks so much for your time and insights today, Riley.

Picked for you:  The Inner Workings of UC Admissions, Part 1 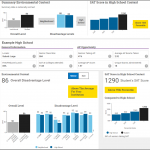 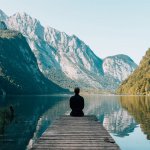 Get the free guide now.