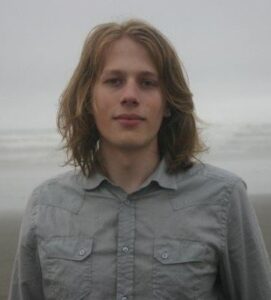 What is something that surprises families about financial aid at a school like Northwestern?

Financial aid is based on what’s called prior-prior tax years, so all of the tax information when one is filling out the FAFSA or the CSS Profile is two years prior. Many individual students and/or parents would experience these changes in their family’s finances, and then sit there like, “Well, there’s nothing really we can do.”

Are they wrong to think that nothing can be done if their finances change?

The reality of the situation is for many institutions, Northwestern included, one can submit additional documentation of changes in financial circumstances to have a financial aid award revised or reevaluated. The mere notion that financial aid becomes much more of a dialectic process like this became surprising to a variety of people. Financial aid sometimes feels like a combination of a black box system and screaming into the void. I will say the vast majority of this is being worked out with parents as opposed to the students. I feel like there’s a lack of understanding on the one hand of what the process looks like and then on the other hand a lack of transparency on the financial aid office side of explaining exactly what these processes look like.

Picked for you:  Parents of Teens: The Conversations to Prioritize Before College Apps

What types of documentation are usually required for a successful financial aid appeal?

The first thing that I would tell anyone is the gold standard of documentation: anything that you’re submitting to the IRS. Tax returns, W-2s, W-9s, 1099s. Schedule Cs, C Corp documentation, anything that is that black and white. Understanding that a lot of financial changes in circumstances happen mid-year or happen outside of tax reporting schedules, providing things like year-to-date pay stubs would be another type of documentation. Letters from employers are also good. In many cases, we, as financial aid officers, are not trying to be heartless; nor do we sit there to not believe you. But when somebody is going to say, ‘You know, I lost my job eight months ago,’ the next follow-up question is, ‘I’m going to need some type of documentation to add to a file that is going to substantiate that claim. If you made less money; if your investments or assets went down, having some type of documentation is going to be crucial.'”

Many selective private universities like Northwestern use the CSS Profile. How do you put together the information on all these different forms like the FAFSA, CSS Profile, and university-specific aid applications to make an aid award decision?

I always break it down into three things. The first is the CSS Profile itself. It has a built-in algorithm that is going to calculate an expected family contribution based on all of the information put in. It’s going to ostensibly look at four different cells: students, parents, income, and access. It’s going to calculate a contribution from each one of these types of information. Now, the algorithm in and of itself is proprietary information of the College Board. It is also taking into consideration things like parent age. The older parents are, the more things like income or assets are going to be what we call protected. It’s going to be removed from the calculation.

Any type of qualified retirement accounts: 401(k)s, IRAs, Keoghs, those balances themselves are actually not utilized in financial aid calculations. Now, they’re asked about, but they’re not utilized to calculate an expected family contribution. The only part of that that will be included is parent contributions to these plans, which will be added back in his income. So for example, if a parent is making $80,000 a year, and you have $300,000 in a 401(k). If for that year you have made $80,000 and you have also contributed $6,000 into your 401(k), your adjusted gross income, that $6,000, is going to be added back into your adjusted gross income. Because ostensibly, even though you’re not being taxed on it, you still made that money. So it’s still a type of gross income. Contributions like that are going to be added back into the adjusted gross income, but the actual balance of qualified retirement plans, 401(k)s, 403(b)s, Keoghs, IRAs, Roth IRAs, will not be included in the calculations. Universities are not yet coming after people’s retirement accounts.

How are the answers to the CSS Profile used by financial aid officers to determine aid?

If somebody is coming in and saying, “I make $10,000 a year,” and they drive a Bentley and a Ferrari, that’s going to signal a red flag. It can be a little jarring to sit down to fill out a financial aid tool like the CSS Profile and be asked what kind of car you drive. It’s like, “Well, why is this important?” It’s purely asked to provide a holistic picture of one’s overall financial situation.

How does the financial aid office verify this information like car make?

The car thing, there’s really no verification for it, because it tends not to be used. In two years of working with a variety of colleagues, that never was something where it’s like, “We were going to provide a financial aid package at this amount. But I see the parents just bought a new Beemer. So in fact, we are actually going to decrease that financial aid.” It’s a really weird question, honestly, that the CSS Profile even asks. It creates more heartache than it should. Now home equity, that one is one that creates much confusion, and it is actually more utilized.

How is the home equity used in financial aid calculations?

When somebody fills out the Profile, the Profile in and of itself will utilize that address to do two things. One is it will build in a cost of living adjustment, so once it actually goes through its calculation, it will take into consideration where one lives, especially for individuals in high-cost states. The Profile will take into adjustment that making $80,000 in Los Angeles looks very different for a family’s financial circumstances than $80,000 in Toledo. In terms of home equity, or more crucially, when one is reporting how much debt is on their home — which is something that does go into home equity; the value of the home minus any liens against that — because so much of this information is self-reported, we’re going to listen to what people put in these documents.

What are common mistakes you’ve seen people make when applying for financial aid?

Frequently, people will actually put in wrong information: they will do something incorrectly; they put a number in a wrong box; they added a zero. I’ve seen that a lot of times. I will be talking with a family, and they’ll be like, “I don’t understand why I didn’t receive any financial aid.”