Jobs You’ve Never Heard Of: An original series published intermittently that profiles individuals with jobs that make us ask “What? People get paid to do that?” As parents, counselors, or college applicants, we know a lot about careers we’ve encountered, but not much about what other people do. The college journey is all about self-discovery — including exploration of professions we never knew existed. We hope this series shows you the real colorfulness in the world, inspires your imagination, and, as per our forte, sneaks you some insider tips on getting your foot in the door. 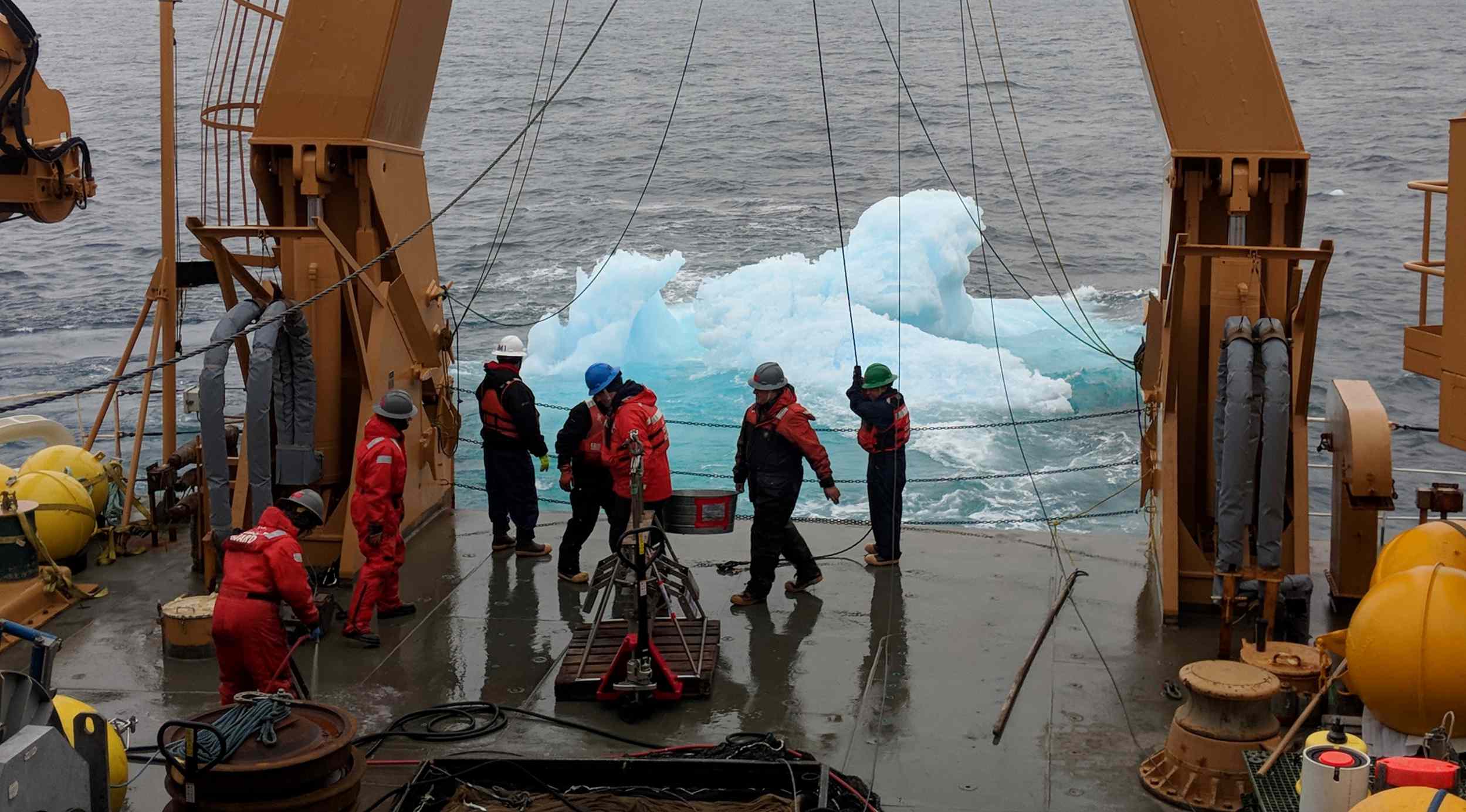 “It’s either noon or midnight that I’m waking up. It’s very tight quarters. It’s really nice that someone cooks for you so you can really focus on that work. Halfway through your day, you might see whales or dolphins out there. You’re out on the ocean, so it’s a good job,” says 28-year-old Kristin Beem, who sails the world’s oceans, helping equip scientists at sea fix and set up heavy machinery. A marine biology major turned marine technician who solves tech problems on ships, Kristin shares her zigzag path to a coveted STEM job, overcoming a low GPA, scoring a job she didn’t think she qualified for, and her best adventures from a career at sea. Plus insider tips on getting started in the career, salary expectations, and internships for pre-career students.

Kristin, thanks so much for joining us. What was your path to becoming a marine technician?

The path was very haphazard. 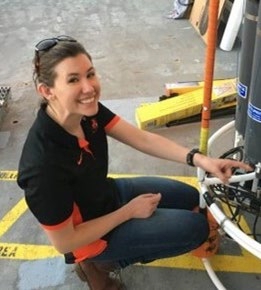 I was really passionate, and I’m still passionate, about marine biology. I went to Oregon State University thinking that I really wanted to come out with a degree in marine biology and pursue that, whether it was studying coral reefs or the rocky intertidal zone. In college, a lot of my colleagues were like, “Oh, I really like corals,” or “I really like fish.” I never really put myself into one of those pigeon-holes.

What did you do instead of pigeon-holing yourself?

I tried all the different ecosystems, but I never really found myself being exactly drawn to one thing or another. During and after college, I applied to a lot of different internships and I got a lot of rejections. My GPA was right around 3.0; there were some classes I definitely struggled with. I think that led to me to having a hard time getting those internships and those more desirable jobs right after school. I think that’s important for young people to know, because I know that there’s such a huge stress on getting good grades to get a good job.

How are young people able to land good jobs in marine biology without the best grades?

I was like, “I’m not getting the best grades, but I am really passionate about the marine ecosystem and science in general, so how can I reconcile this?” After I graduated, I applied for the stream position at Crater Lake National Park. The stream position was snorkeling in the stream and electrofishing, trying to figure out the population of bull trout. I was like, “Well, that’s not really marine-related, but it’s still water and it’s still with a park, so I’ll just throw my application in and see what happens.”

What do you think set you apart from other candidates?

At that point, I did have my Divemaster Certification and had studied abroad down in the Caribbean doing some coral reef ecology. So my application was pretty good, minus my subpar GPA. I got a call from them. They said, “Hey, I have your application here, and you applied for the streams position, but reviewing this, you have some boat work and some diving work, so would you actually be interested in working on the lake? It’s a limnology program.” I had no idea what limnology was. I 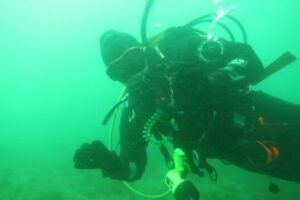 looked it up, and Crater Lake is one of the deepest lakes. It’s the deepest lake in the US and one of the top 10 deepest in the world. They asked me if I wanted to take time, and it was getting pretty close to graduation. I said, “No, I think I’m going to go for it.”

How did you leverage your internships to start working full-time in marine biology?

It wasn’t really a straight path into becoming a marine biologist or working on the ocean. It really is a zigzag path. Afterwards, I was able to get another internship down in the Florida Keys, and that was doing some coral restoration with Coral Restoration Foundation. One of the reasons why I stood out as one of their applicants was because I worked with the National Park Service, and they were pretty familiar with the National Park Service down in Florida. I went back to Crater Lake the next summer as a paid park ranger.

What were some of your biggest takeaways from getting a coveted marine job with your marine biology degree?

It was realizing that I just needed to get experience, and I didn’t really want to go back to grad school. I know a lot of people that go through this career path; they get a little experience and go straight into grad school, and then eventually they find a job that’s well-paid. I just wasn’t ready for grad school, and I’m still not ready for grad school. I don’t really need it my career, which is not something a lot of people told me. So I just jumped from one seasonal position to another.

Now you work at Oregon State University. Can you explain how that happened?

Eventually, I found this job through Oregon State University, which is where I went to school. They had a job listed as a marine technician. Technically, one of my previous scuba diving jobs was labeled as “marine technician,” but this seemed a little different. I read the job description through, and I was probably qualified for about half of the duties. There were a lot of qualifications spelled out.

What did your employer expect incoming marine technicians to know how to do?

You had to be very competent in data acquisition and know how to work Linux machines. It was very technical in that section. The other part was knowing how to run a deck and familiarity with CTDs, which is conductivity, temperature, and depth. We’d had a CTD at Crater Lake and Niskin bottles, which collect water at different depths. And I was like, “Oh my gosh, I learned about oceanography from a lake.” It was really interesting how many aspects of that Crater Lake job and the technical equipment I used there translated into this actual oceanography marine job. And so I was like, “I don’t have a degree in computer engineering, but I’m good with computers and I’m a quick learner. I do know how to do some deck work and I don’t get seasick; I can spend a long time at sea.” 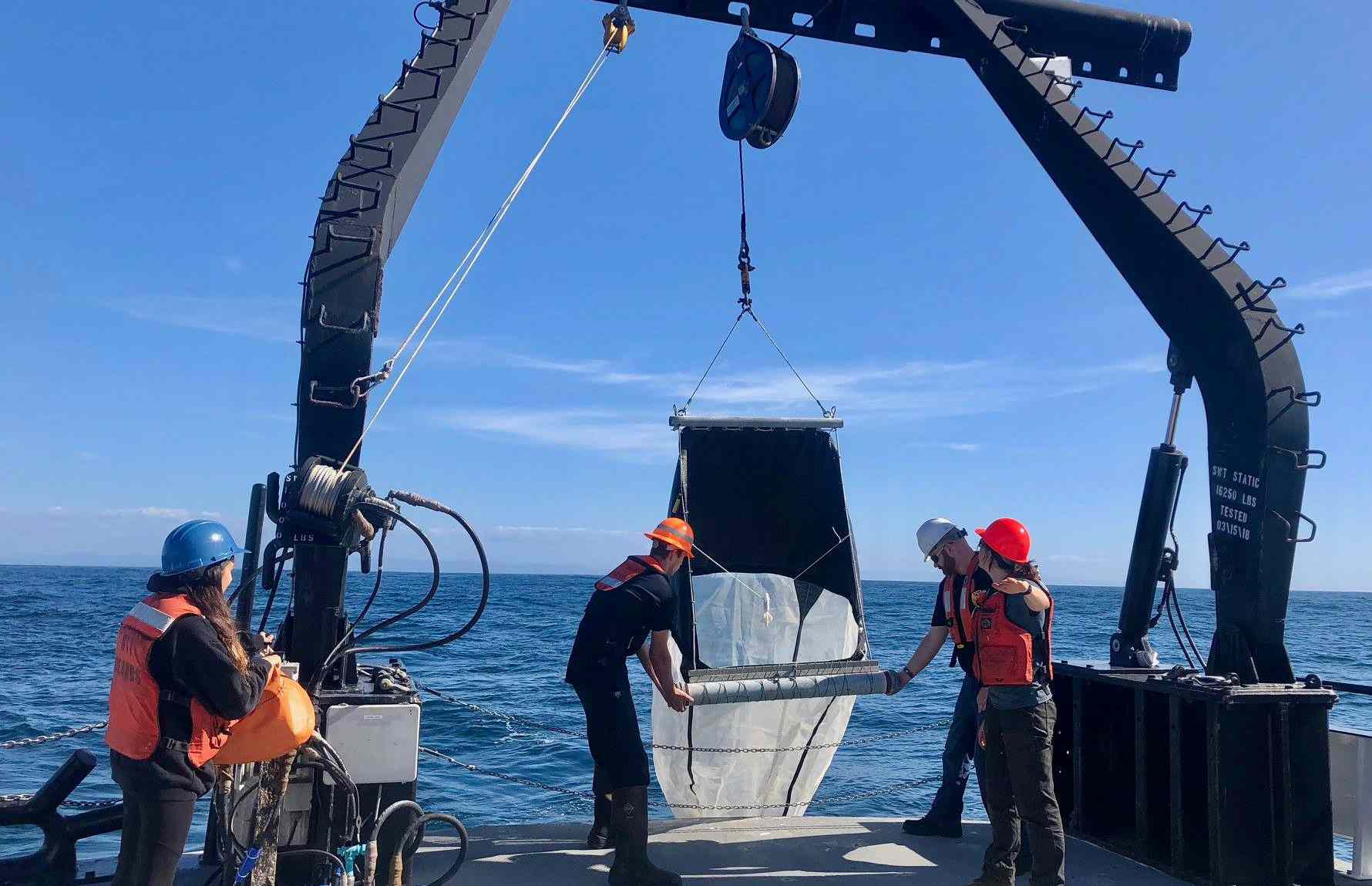 Since you were only familiar with half of the job duties, how did you convince OSU you were the right fit?

They asked me some questions on that interview where I replied, “I don’t know how to do that, but I’m willing to learn.” I was very honest about that. They hired me, and I actually held that position for three years. The first couple months were very intimidating; there were so many acronyms. I took it one day at a time and my co-workers were great; they were able to break things down for me. I did my own research and there was a lot of hands-on work.

Picked for you:  Student Playwright Admitted to NYU: Read Her Story

What types of hands-on work were you surprised to find as a marine tech?

One of the things that we had to do was terminate wire both electronically and mechanically using like a lot of tools, like a multimeter. Sometimes I was like, “Oh, it’s like crafting.” And my coworkers were like, “No, this is very rugged.” It was really fun. At least with the crew that I worked with, if you met them with enthusiasm and were ready to learn, they would just tell you all the things you would need to know for your job. It was just a really great community.

How much of your college education equipped you for the job?

I would say most of it was probably just experience that I had gathered over time. What the college experience really taught me was more of a framework of how to think. For instance, when I was down the in the Florida Keys working on coral restoration, they tell you how to actually physically work with the coral. We had these coral nurseries where we would grow the coral, and then we would outplant them. We were doing a lot of hands-on work and then also working with the public to teach them. But as far as how important the coral reef ecosystem is to the everyday person, I already learned that in school. How ecosystems and niches work was something I learned in school too. But as far as like the how to fill a scuba tank, that was definitely more of a hands-on experience. I will also say that college helps you open your eyes to different concepts and things that you’re not really comfortable with. I would say a lot of my experience helped me out with this job, but I probably couldn’t have done it without at least a little bit of college experience.

From your experience working in the field and interacting with coworkers, what are other university degrees that could lead to a job as a marine tech?

You will find folks that got their degrees in general marine science, not necessarily marine biology. You’ll get folks that went through engineering. Some people have computer backgrounds. There are also a couple of community colleges nowadays that have marine technology-specific programs. It’s a two-year program, and it is very much: “Here’s how you solder. Here’s a quick course on oceanography.” They give you the rundown in two years, and it’s very hands-on practical experiences.

College grads are unprepared for the workforce
Nailing your Ph.D. psychology personal statement, from an insider
Are scholarships worth applying for?