2020 TOP ADMITS SERIES: “Don’t make yourself miserable with things that you don’t want to do,” says Denise Lee. The Dartmouth-bound senior fights institutional racism during her free time, co-founded a vintage jewelry business, and is best friends with her high school English teacher. Denise’s admissions interviewer told Dartmouth she was the best candidate she had interviewed in years. This year, Denise Lee got into Dartmouth, Georgetown, and Amherst. 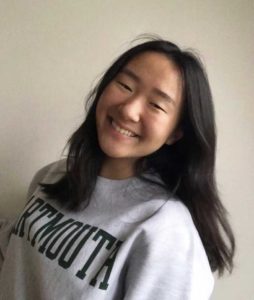 Denise, thanks so much for sharing your story with us. To start, what’s your high school like?

I feel like my high school context is a little bit different. I go to a pretty small Quaker school on Long Island called Friends Academy, and it’s a private school. We have around just under 100 kids per grade and around 400 kids in the high school; it’s a pretty small school. We’re pretty much in the middle of nowhere. I would say like it’s a lot smaller than most schools.

What are your classmates like there at Friends Academy?

I would say that there are different groups of students. There’s definitely a group of students that are super competitive and super Ivy League-driven, because my school is essentially a college prep school, and I would say that in general there is a sense of competitiveness. It wasn’t suffocating or anything. I actually think it helped me do better and thrive. I think a little bit of competition is always a good thing. Obviously, too much competition is not a good thing, but a little bit of motivation from your peers is really helpful. In general, I would say it was pretty collaborative too. I never felt like someone was trying to wish another to have bad luck. It was always very competitive, but in our classroom chats we would always help each other out and help each other with problems. So I would say it was competitive and collaborative at the same time.

That sounds like a nice balance. What about the classes you’re taking now?

At my school in general, underclassmen don’t take APs, so up until my junior year I took pretty much the same classes that everyone else took. Obviously, there were differences in electives and languages, but in general, the classes were pretty much the same. We had 9th and 10th grade English; sophomore year we had regular English; most of us took Geometry in 9th grade. We took Algebra 2/Trig in 10th grade. All of our history classes were the same for underclassmen, and it was the same level language for most people. Junior year, I started to take AP classes, so I took AP Statistics and AP Physics 1. I did not take AP Lang; all juniors take American Literature. But I did take the AP Lang exam, which was optional. And I took AP US history and Pre-Calc; I think that’s it. And then senior year, which is right now, I’m taking AP Bio, AP Calc A/B, AP Literature, and AP US and Comparative Government. It’s usually two courses at other schools, but at my school it’s combined into one course: for the first semester it’s Comparative, and second is US. I’m taking Honors International Relations. There’s a program at my school called GSS, which is Global Study Symposium. It’s a discussion-based class where we don’t really have traditional tests. It’s more collaborative projects and is student-led, which I think is really cool. I also take Honors Latin 5.  We’re capped at four APs, but AP Computer Science and AP Studio Art aren’t included in the four, so I guess you could take five if you take those.

Does your school limit the number of APs you can take to help manage your workload or because there’s not enough room?

I would say it’s really more about managing the students’ workload, because I do think that if I wasn’t capped at four APs, I would have taken AP Latin instead of Honors Latin. Well, Latin is interesting because I’m the only student in my grade that takes it.

How do you feel about the AP cap at school?

In general, I do agree with the cap, because I think it does prevent everyone being overworked and prevents a lot more competition and negative mental health that comes from taking too many APs. I see other students take like 15, and I’m like, “How are you like alive?”

Speaking of being overworked, how do you spend your time outside of academics?

I have a bunch of stuff. I would say that my most influential activity was work I did with Erase Racism. They’re an organization on Long Island that advocates for legislation to protect people from housing and schooling segregation. Long Island is one of the most segregated areas in the entire country because of its history with redlining, Levittown, all that stuff. I did an internship there the summer before my junior year, and I was a part of their student task force, which is a group of students from Long Island that helped plan conferences for other teachers and students to come and learn about housing and schooling segregation.

What inspired you to educate your community about this topic of segregation?

It’s really hard to accomplish things at the legislative level on an issue as big as this, especially in a system as ingrained as housing and schooling in Long Island. So we focused more on culturally responsive curriculum and how we can incorporate different perspectives into history, because a lot of history is very focused on the West. We looked into how we could expand that and basically create more tolerance in general. I would say that was my main extracurricular, because that really pushed me towards wanting to study sociology and public policy and combining those, and that’s really what my applications were focused on. 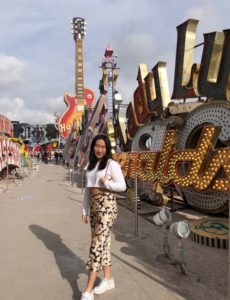 That’s great. What else have you spent your time on?

Other than that, I like to go thrifting in my free time, and my friend and I actually started a vintage jewelry store. That was just so fun, because I love fashion, design, and art together, and it’s been so fun to just go thrifting and turn that hobby into a business, especially since the fashion industry is so polluting and so bad for the environment and jewelry, something that isn’t really focused on, so we started that. I also play the violin, and there’s a bunch of clubs at my Quaker school. We have this club called TASQUE, which stands for Teachers and Students for Quaker Understanding and Education. We plan all of the meetings for worship, which is our Quaker form of worship. I’ve used that as an outlet to create conversations on mental health and other student issues. We plan our Founders Day; we have Peace Week, where we do a bunch of community service and peace-related activities with other divisions, and I’ve been a leader of that since sophomore year. I also am the president of Model UN, and I’ve been running that. We’re a pretty small school, so it’s harder to get more people involved, but I really helped to grow the club and that’s been really fun. I think those are my main things.

With all your jewelry business, Erase Racism, Model UN, and all your other commitments, how did you manage your time?

I’m honestly not the best at time management. I would say utilizing my free [periods] at school has been the number one thing. My freshman and sophomore years I would just do nothing during my free periods, but I actually started to realize that in order for me to do work, I needed to leave the crowded library and go to the basement of the library, which has these individual booths. I needed to go there and actually put myself in work mode. I literally would move my phone to the other side of the room and leave it there. I would really just focus on work and even just 30 minutes of productive work would help me get through a lot of my homework. I would say that really helped.

Other than that, during my underclassmen years I would just try to do a lot. I would try to do work for a long time but not really be focused on it. I would say that starting to do work for less time, actually spending less time on my homework but spending that time more intentionally, that really helps me. For me, it’s hard to get focused, but once I do, it’s hard for me to stop. So once I would get locked in, I would just do my work, and then it would be over. I think that really helped me manage my time in terms of schoolwork and stuff like that.

Did you feel a lot of pressure to attend certain colleges?

In terms of out of school, a lot of people at my school and at so many other schools would do things for college. When I was a freshman, I applied for STEM summer programs. I did robotics; I felt like that was what was going to get me into college because STEM was trending. But I realized that I hated all of those things. I was terrible at robotics, and I didn’t really enjoy fully STEM fields. I realized that I wanted to do social sciences, humanities, public policy type things, in that direction, even though that’s really vague. So I started doing things that I actually liked, and I eventually realized that I liked fashion, so I started the jewelry brand. I liked thrifting. Almost everything I did started with a hobby, and then it became an extracurricular. But it didn’t feel like I was doing work because it was actually something that I wanted to do.

That’s a great point. One big misunderstanding is that students have to prep for college at a young age. But you figured out that all you had to do was follow your hobbies. How did you learn that?

I think this comes from me being an only child, but I’m kind of a stubborn person. And I’m like more of like, “I like this. This is what I want.” I would try to force myself to do something, or my parents would try to get me to do something. But if I didn’t like what I was doing, I just wouldn’t do it; it just wouldn’t happen. And so if I just kept doing things that I didn’t like, I would have nothing on my resume; it would be empty. I just had to discover things that I like and go in that direction. I almost just naturally did, because if that’s just what I wanted to do, I just followed what I wanted to do.

Getting into Dartmouth vs. Cornell: The Differences
My son got added to Dartmouth's email list. Is this normal?
What should my daughter do if she's deferred from her EA/ED schools?