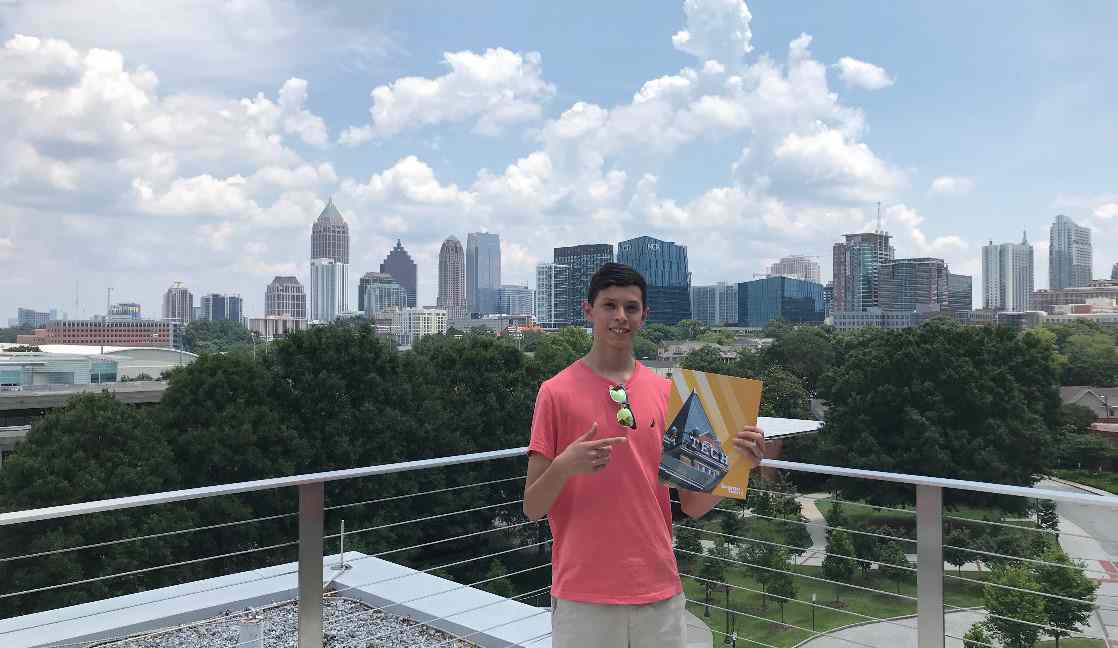 2020 TOP ADMITS SERIES: “I wrote a bunch of random sentences and made it into one essay and put the F bomb in there,” said Max Pacheco, Georgia Tech ’24 scholarship admit. Max is known for his heartwarming viral video of him announcing his GTech acceptance to Dr. Green, the teacher who wrote his recommendation letter. In our interview, the Atlanta-area senior shares how he got into a top U.S. engineering school without studying for the ACT, writing his college essay on a plane ride, and spending his free time hanging out with friends, playing video games. Here’s the story of how the future mechanical engineer’s “work smart” attitude led him to success.

Welcome, Max! Can you tell us about your high school?

Our high school, just like most high schools, offers a lot of AP courses. I ended up taking about 16 credits’ worth of AP courses in physics, math, ELA, and also foreign languages. I completed the Spanish pathway just because I really like Spanish. But I really started liking the engineering and math side of things more, so those are the main courses that I really ended up taking. I took a lot of science courses like physics, AP Physics, AP Bio, and math courses all the way from accelerated pre-calc to AP A/B and AP B/C math. I’m going to end up majoring in mechanical engineering, so I’m going to use a lot of math, too.

How do you spend your time outside of school?

This is one of the aspects that maybe colleges don’t really see too much. For me, I feel I have a very in-depth school life. But I also have a lot of time on my hands out of school, and I use that social life a lot. I guess many colleges look at it as a waste of time.

What do you mean by what colleges think is a waste of time?

I hang out with friends a lot and play video games with them. We go play soccer. I was involved in some clubs outside of school, as well as in volunteering opportunities. Even though I did mention all of that in my college applications, I feel like colleges don’t really realize how hard it is to have a really well-developed social life and a really strong school life.

What are some of your favorite ways to volunteer?

Every summer I volunteer at Vacation Bible School at my local church. Basically, you’re a leader to small kids. 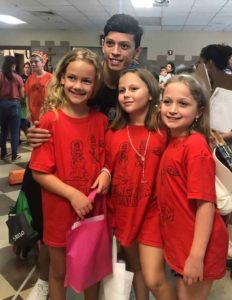 You have to make sure that they’re involved in the activities and that they’re focusing. I’m very religious, too, so that helps with that. That really taught me how to communicate more with younger people, kids, and how to have more patience, because you really have to make sure that they’re not being crazy and everything, especially since they’re in third and fourth grade. For a whole week during the summer every year since I was in the sixth grade, I’ve done that. It’s one of my favorite things to do every summer.

Picked for you:  Here's How 4 Admissions Officers Feel About Test Scores

Earlier you talked about having a social life, hanging out with friends, and playing games together. That’s great. But some parents and kids feel like you can’t be doing those things if you want to get into top colleges. Is that true?

The way I see it, it is a myth and not really at the same time. Every little test and quiz that you take by itself is really insignificant. People stress out over the doing bad on a quiz or test or studying countless hours for one thing. If you mess it up, it’s probably going to be insignificant in your future, especially given 10 years or something. But it will be significant if you build a habit of performing on tests and everything. You start performing well on every test, you’re probably going to start performing well overall. That might require a lot of time studying, which none of us like to do, but it’s true: You do have to study at times to perform well. But I think there’s people who overdo it a lot.

What does it look like when people overdo school? 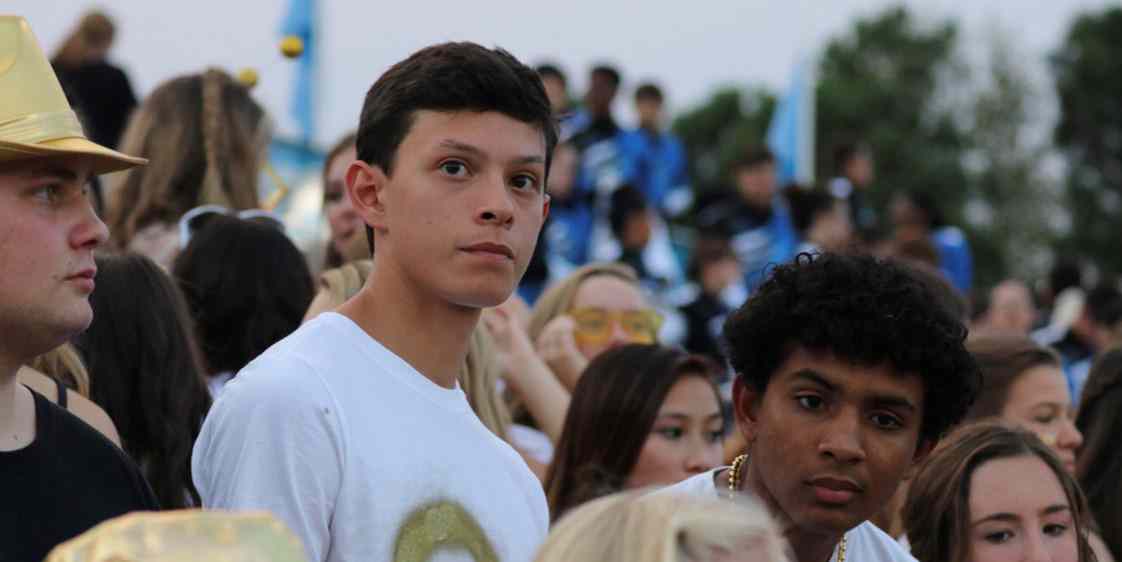 How does your school react to your schoolmates who “sell their souls” to academics, so to speak?

My school does a great job of every now and then reminding students that you don’t have to be the best at something that you don’t want to be the best in; you have to be the best at something that you like. And you also have to just be yourself, period. I know a lot of people are social —that’s just most people in general—and hanging out with people and doing things outside of school that are not school-related is important for people in general. I feel like you can still be successful and hang out with your friends. You just have to not overdo it with that.

Picked for you:  Back-to-school anxiety? How to manage it, according to a teen psychologist

What have you seen happen to people who overdo hanging out with friends?

That’s wise. Can you tell us about what colleges you applied to?

I applied to UGA, University of Georgia. I never really had any intent to attend UGA, but everybody applied to UGA for my state, so I applied there. I also applied to Auburn because they have a pretty good engineering program. Even though the school might not be the most well-acclaimed school, they’re still very good in engineering. I got accepted into both UGA and Auburn pretty early on. Those were the first two acceptances that came out.

And which college acceptance were you most eager for?

Georgia Tech was my dream school for a long time, especially because it’s in-state and is one of the best engineering schools in the nation. That acceptance came out in late January. The one school that I was hoping to get into, although I didn’t really have high hopes, was Stanford. However, I did get rejected. At first I felt like I was sort of snubbed from it. I was like, “Maybe I should have gotten in.” But at the same time, I really had no intention to attend Stanford, and that would have taken the place of someone who worked their whole life to get into Stanford. I also know a bunch of people that are super smart, getting rejected from Stanford. Those are the only four schools I applied to. I didn’t really feel the need to apply to that many schools. I know a lot of my friends applied to a bunch of schools, but I guess I just knew that I wanted to go do engineering at Georgia Tech. If I had gotten rejected from Georgia Tech, I would have probably gone crazy, but thank God I didn’t.

Can you describe the moment you found out you got into your dream school, Georgia Tech?

First of all, logging in took about three minutes, because everybody was trying to log in, and then when you log in, you have to click another button to go to your actual letter. And so it was loading for another three minutes. You’re feeling suspense there. I was trying to play it cool, but really inside I was sweating. My whole family was there: both of my sisters, my mom, my dad, and my sister’s little friend that had slept the night over. They were all there. I just remember opening, and it was crazy. I just started cheering. My mom was really happy for me, and so was my dad. Everybody started crying. It was great.

That’s so lovely. You talked about choosing a major in mechanical engineering. Many students struggle to pick a major. How did you select that one?

Ever since I was little, I really liked to build and design things. When I was super young, like fifth grade and younger, I had Legos and I really enjoyed building my own things. Through middle school, I was involved in robotics, but that stopped in high school; I just felt like it wasn’t as good as it was before. I decided that it would be really fun to do in the future. So that’s what I want to do: I want to be a mechanical engineer and design machines and robots, or at least parts of them that will be used, and hopefully space-related things in the future.

With Georgia Tech having such a low acceptance rate — only some 20% are accepted — what do you think made your application stand out?

My essay most definitely stood out.

I wrote a really weird essay. I was flying back here from Mexico during fall break and I had a pen and paper. I was just bored. I was trying to write my essay. I wrote a bunch of random sentences and made it into one essay and put the F bomb in there.

That’s daring. How do you think the admissions officers responded to it?

Admissions officers probably don’t read too many essays with the F-word in it. Can you think of any other aspects of your application that stood out?

The Hispanic population around here is quite small. I already stand out a lot in my class in general. And then when they looked at Hispanics, I definitely stood out with a 4.5 GPA and things like that. I feel like that made me stand out. Honestly, when the admissions came out and the letters came, I was really not sure what thing made me stand out. I know a lot of kids that got deferred or rejected but had the same clubs as me and around the same GPA as me.

Teacher Recommendations: The Importance of What's NOT Written
Can you provide a snapshot of the Common App essay?
What's a good Ivy League checklist?