UCI admissions insider is most impressed by this particular trait

Everyone talks about college, but what if you just want to be an artist and entrepreneur? Do you even need to go to college? This week, I talked to former UC Irvine admissions ambassador and professional dancer and fitness instructor, Shira Jackman, who shared insights on her journey from a top California public school to her Broadway career in NYC. 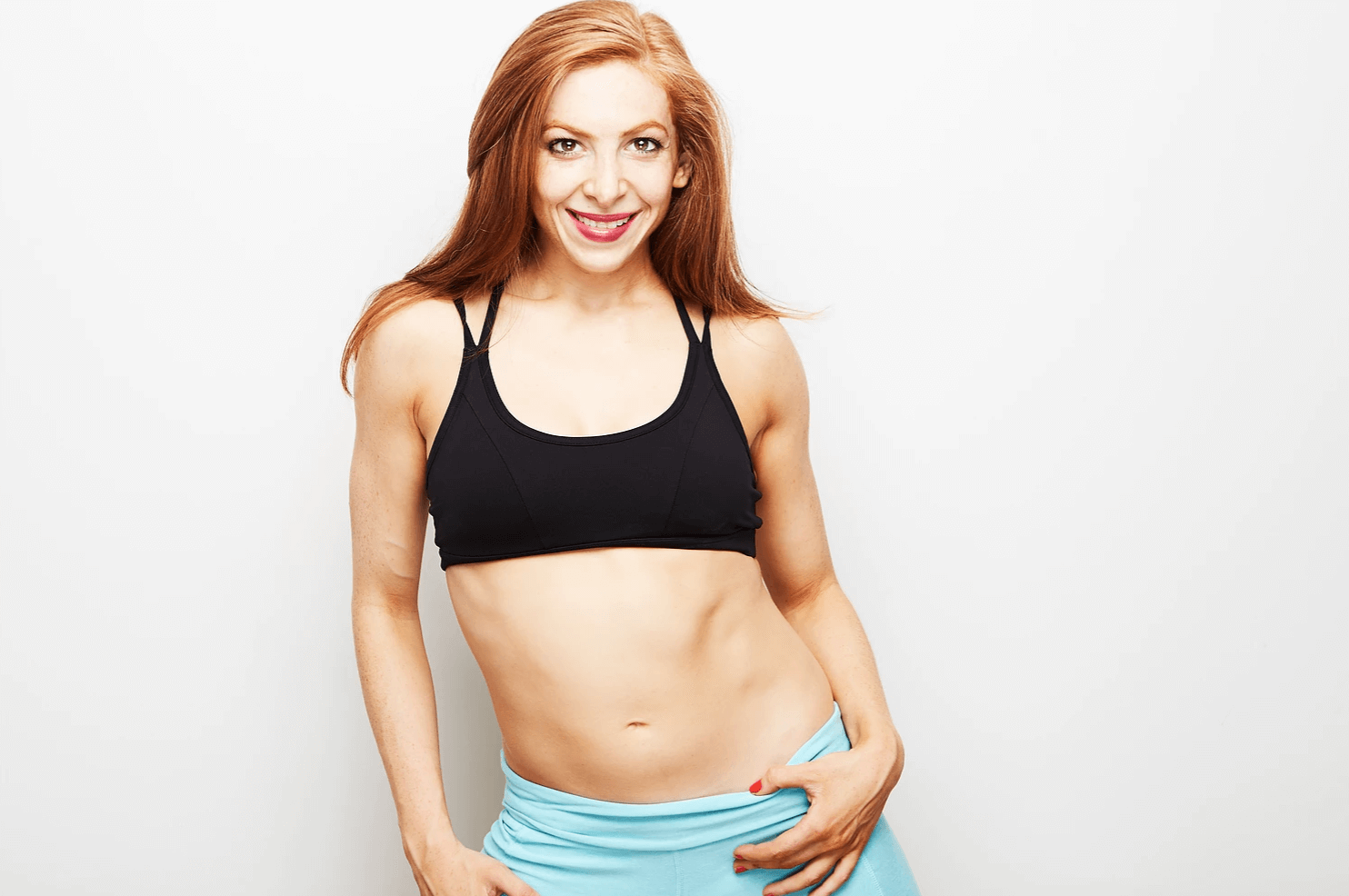 I called Shira for our interview appointment one weekday afternoon. She picked up and I immediately heard sirens and trucks in the background. She was in New York City and I was on the opposite coast.

Throughout my local speaking tour this season, I’ve realized that parents want to learn more about the UC’s (a consortium of public 4-year research universities in California). So even before calling Shira, I was eager to report more on UCI, a top public research university in the safest city in America. Not to mention I’d grown up in the city, gone to summer camps there as a kid, and live just a short drive away.

Shira’s not the typical UCI grad one would expect and certainly not the type of interviewee I typically get to learn from. An entrepreneur and artist, she attributes much of her success to her training outside of college academia. I appreciated insight from someone who enjoyed her college experience and admissions work, but also realized that college wasn’t the only path she could’ve taken.

Shira at UCI: I had a pretty unconventional path for what people probably expect. I currently live in New York City, and I am a professional dancer and a fitness professional.

SocratesPost: How did your college experience, if at all, contribute to your professional career?

Shira at UCI: I ended up with degrees in Dance and Business Administration from UCI. And I’m obviously using the dance training that I got there. But also, as a dancer, and in the fitness industry, you’re freelance, and you’re pretty much an entrepreneur and using yourself as your brand. So I get to use a lot of my business skills as well.

SocratesPost: How did you get involved with learning about the fitness industry? Was that something you did during college or after?

Shira at UCI: Not so much during college. I worked at my first gym in college, doing front desk work and I wasn’t very active in it. And then when I came out to New York, I just happened to get a job at a gym as one of my side jobs. Some of the other trainers there started teaching me about weightlifting and HIIT training. And it just had this crazy click moment for me: This is the coolest thing I’ve ever done. You can get strong and fit, eat more food, and look the way you want to look. And it’s fantastic. And as a dancer, you get injured a lot. So the more you can cross train, the stronger you can get, the less you’re going to get hurt. And so I just kind of channeled that because New York City is definitely not the biggest fitness industry, but it’s one of the top fitness industries. So there’s a lot of opportunities here. And I just kept kind of snowballing with that and getting my group fitness certification and getting my personal training certification.

SocratesPost: Great. Going back to your UCI experience, you also worked in some capacity with the admissions department. So can you tell me a little bit about that?

Shira at UCI: Yeah, I was a student ambassador for about a year. That involved going to a lot of fairs and going to different high school and outreach events and talking to prospective students about UC Irvine.

SocratesPost: How did you get involved in that?

Shira at UCI: I applied for it. I think I had some friends who were in the program. Previously, I had also worked for the scholarship opportunities program. And that was a job helping students at UCI apply for outside prestigious scholarships. So I had a little bit of experience being employed by UCI.

SocratesPost: What surprised you most about working in admissions? You said you went to college fairs and high schools to speak to students.

Shira at UCI: I don’t remember too many surprises. I think that everything that people know UCI for right now is true. They recruit and are passionate about a lot of first generation and minority students. And that’s a really big push for them.

I really like talking to people and meeting new people, so it was a fun opportunity to talk with them about UCI.

SocratesPost: What were some common questions that prospective students would ask you?

Shira at UCI: I think the things that are usually outside of academia is what they’re mostly interested: student culture surrounding Irvine and Newport Beach. We do have a lot of people interested in the Criminal Justice programs, because that’s something that’s pretty unique to UCI. Those are the two main things that I remember getting asked about.

SocratesPost: Okay. And when you were acting as a student ambassador answering questions, did you have any sort of evaluative role in applicants at all like recommending students to the admissions officers?

Shira at UCI: No, I didn’t have any role like that.

SocratesPost: Okay. You’ve gone through the process of getting into UCI and going through four years and graduating. What do you think is the biggest misunderstanding that prospective students have about getting into UCI or being a student there?

Shira at UCI: It’s been quite a few years now since I applied and even since I graduated. UCI’s gone up in prestige since I graduated. For a lot of people and myself included, it was kind of seen as the backup option at that time. And for me, it was close to home and so that was kind of the reason why I ended up going there. Overall, it’s a really good school. It’s a beautiful campus.

And what I would say is that college, especially right now, is what you make of it. Definitely encourage people to get that four year degree, but maybe take a year before you go into it and have a better idea of what you’re committing yourself to, especially financially. Because though I’m very grateful for the time that I spent there, and I do think that I learned a lot, at the same time, there’s so many other ways to learn right now. And I don’t know if everyone needs to jump headfirst into a four year degree, especially when you don’t know what you want.

I started undeclared and thought I’m going to do linguistics, I like business, I like psychology, I like science. So I spent quite a while trying to figure out what I wanted to be studying.

SocratesPost: Okay, yeah, that’s a really good point. It’s like, if you’re not sure this is the right path for you spend some time, maybe take a gap year to figure it out before you commit.

Shira at UCI: Yeah. You could even work remotely, or travel or something like that and get some experience and then still go to school.

SocratesPost: Oh, yeah, absolutely. How would you describe the culture of the UCI admissions office? Like how did the co workers and admissions reps interact with each other?

Shira at UCI: It was a fun environment. And I’d say that it’s in a similar vein to people that lead tours: people that enjoy people and enjoy talking to people. And even our bosses were friendly. I think that those sorts of positions require that type of person, kind of like a camp counselor or guide.

SocratesPost: Makes sense. Were there any pieces of information or secrets that higher ups didn’t want you to share with students?

Subscribe to read what types of applicants impressed Shira, why personal statements aren’t as important as portfolios for dance majors, how to best audition, and what questions to ask yourself as an aspiring dancer applying to college →
Join and access full content!
Here’s a preview of the rest of our conversation! Subscribe to read the rest and support our ad-free newsletter.

SocratesPost: When you encountered students, what types of students impressed you the most?

SocratesPost: Absolutely. Having done your four years at UCI, you’ve probably met so many other students and peers. What type of person do you think, just had the highest rate of success? Or had the best time at UCI? What types of people really do well there?

SocratesPost: Okay, yeah, that makes sense. Like having a more of a well rounded experience, not just focusing on academics, but exploring career options and your social life.

If you could redo anything that you did as a student in college, what would you redo?

SocratesPost: For those who are interested in doing what you do now, being a professional dancer working in the fitness industry, how important do you think college is for that type of career?

SocratesPost: That’s really insightful. What about getting into a dance major or conservatory? What types of advice do you have for students who really enjoy dancing, that think they might want to pursue that later on? How should they prepare their application or portfolio?

SocratesPost: And how does the application essay play a part in that? Because, of course, for dance majors that might be more important than what you bring to the dance community on campus. But do you think that the personal statement has a pretty important role as well?

SocratesPost: Okay, cool. Earlier, you were talking about how you did double degrees in both dance and business administration, and clearly you do a lot of dance because you’re a professional dancer. In what ways have you used your business degree?

SocratesPost: Absolutely. I also wanted to learn a little bit more about your dance career. You said you’re a professional dancer. So in what capacity do you dance? Are you involved in more theater type dance or dance instruction?

SocratesPost: What’s the audition scene like there for professional dancers?

SocratesPost: How do you stand out amongst that? It seems like it’s pretty cutthroat.

SocratesPost: Yeah, it’s like a silver lining is you become well-versed in everything because you can’t just focus on one skill. Do you ever fantasize about a different career? Have you ever thought to leave dance or fitness behind for something different or new?

SocratesPost: Okay, Shira, what is your best piece of advice for a student wanting to go to UCI?

SocratesPost: How should students find individuals who are willing to talk to them and share their experience?

SocratesPost: Do you have any advice for students who want to study dance, in college, whether it’s a UCI or a different school?

SocratesPost: Thanks so much for your time today, Shira.

How should my daughter choose a major?
Do I have to attend college events to show interest?
"Leave them alone to make their own life decisions," ex-Berkeley admissions dean advises parents