Before starting SocratesPost, I was a private college consultant who helped students reach their college dreams. I created countless college lists, managed SAT/ACT test schedules and scores, read and edited college essays, sharpened resumes, set up mock interviews, guided course selection and Letter of Recommendation strategies, and even nitpicked on the exact wording they used on the Common App.

I did none of this when I applied for college and never involved my parents except to tell them where I’d applied – after submitting my applications.

This week, as SocratesPost finishes up our exclusive interview with Bryan Enochs, Director of Admissions at the UMich College of Engineering, we learn what families get wrong about getting in.

In our last issue, Bryan told us about an applicant who thought her grades were good enough for admittance and thus didn’t need to write a compelling essay. For an infographic summary of his best tips from the first part of our interview, visit and like our Facebook page.

Despite all the resources out there helping applicants understand the new student selection process, this is still one of the biggest mistakes students make: disregarding the essay thinking their high scores will carry them into the college of their dreams. SocratesPost digs into the source of the misinformation. 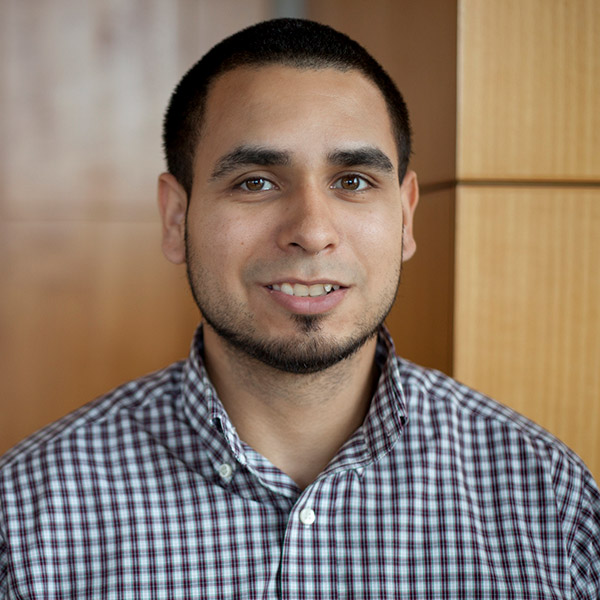 SocratesPost: Where are students like her getting this information that all they need is to have good grades and they’re in?

Bryan at Michigan: The families. That’s a huge driving point of a lot of that misinformation. The parents are typically college educated and when they applied, a lot of these things were pretty much a given. You had this GPA, you had this test score, you really didn’t need to put much effort into anything else, and you were in. And we’re at a case where selectivity rate for at least college Engineering is sitting around 19%. Now, about 5 or 6 years ago, it might have been 50% or 60% but with that ranking continuously increasing we’re becoming more popular across the country and across the world and we have more students applying, so we’re really driving those other points home.

When you have parents or family members that have been to college they come in and they’re like ‘Okay. So, you know, my niece, daughter, son’ — whomever it may be that’s interested in Michigan’ — has this GPA and this test score. What kind of scholarships should they expect?’

And I say ‘Nothing,’ if that’s all they’re bringing to the table. Their jaws drop and they’re like ‘What do you mean?’ And I tell them “Well, I sit on the scholarship committee and one of the winners of the scholarship had interned in NASA for 4 years. Another student was from Florida and she would enter international bionic arm competitions just for fun.’ This wasn’t her bread and butter but she found it intriguing. She was interested in biomedical engineering so she tied that altogether. She said ‘I’m really interested in mechanical engineering but I really have an interest in this specific area and I do this for fun, and I placed internationally.’ And [the parents] say, ‘Oh, so that’s who they’re going pick out.’ You can’t just sit inside of a classroom; you need to be a well-rounded candidate. If you’re doing this already, you will continue to excel [at Michigan] because you have access to all these labs and faculty members that will help you develop your ideas and take it a step further.”

SocratesPost: Sounds like college admissions have changed since the parents’ time. What should parents and students be aware of now that wasn’t relevant for someone applying in the past?

Bryan at Michigan: The social aspect of [college]. A lot of times students think “Hey, I want to get in and out in three or four years” and they can’t do that. You want to take the opportunity to explore the different parts of campus and the different resources around. Some students won’t entertain the idea of studying abroad, or taking on a co-op, where an internship is just spring or summer and a co-op is spring, summer, fall and winter term, because that could delay their graduation. But a lot of our engineering students are taking five years to graduate. They know that the first thing employers are looking at are their co-ops and internships, and then it comes down to their extracurricular activities, their major and their GPA. It is not to say to not step it up in the classroom — it’s to say that they know that you’ve done everything that you needed to, to succeed this far but you need to bring these other aspects to the table as well.

You will see parents that pressure their student into taking 18 credits in their first semester without really taking into account the social scene, especially that football is a huge part of the fall and so your Saturday is kind of just gone. So you’re at the football game and you’re hanging out with your friends and parents don’t really think about that. They think “Well, they should be studying and doing all these things”. We’re upping our mental health facilities so students have access to that to talk about stress or anything else that’s going on in their lives.

I had a student who had a sort of similar situation: he had a 3.7 in one of our departments and he couldn’t get a job. He said, “Well, you really led me astray in all this other stuff” and we responded, “Well, you didn’t join any student organizations. You didn’t take any internships or co-ops. Your GPA will only take you so far. Employers are going to want to know what you’ve done outside of the classroom because you’ve already demonstrated that you’re smart by getting in.” And that was just a thing he hadn’t been told by his family members, even though we had been saying those things and it wasn’t until he graduated without a job that it finally hit him in the back of the head, like “Wow, my family was wrong”.

SocratesPost: What do you think is the least understood by high schoolers and parents?

Continue to read what Bryan thinks is the “secret” to getting in and his best piece of advice for applicants to any top college→
Join and access full content!
Here’s a preview of the rest of our conversation! Subscribe to read the rest and support our ad-free newsletter.

SocratesPost: I’ve had students previously who were scared to talk to the admitting unit, whether it be the admissions counselor, the director, or the whole department of undergraduate admissions. What would you say about that?

SocratesPost: The question everyone asks me. What are the secrets to getting in?

SocratesPost: That’s fair, Bryan. What is your best piece of advice for high school applicants vying for a spot in their college of choice whether it’s in the Engineering School at Michigan or any other top tier school like Michigan?

SocratesPost: That’s gold. Lastly, we know Michigan is a top engineering school in the country and globally renowned. What sets it apart? Help our readers envision what it’s like to be an engineering major there before we part ways.

Thanks for tuning in to our exclusive interview with Bryan Enochs, the Director of Admissions at University of Michigan’s College of Engineering.

Therapist: How To Strengthen Parent-Child Relationship During College Apps
Would we benefit from a college consultant?
The Surprising Downsides of Popular STEM Majors