“The student has Bs and Cs but the essay is very polished, using words that I’ve never used in my life,” says Megan Zwilling, an admissions dean at the University of Illinois, Urbana-Champaign, who also serves as an advisor in the College of Media. We chat about how she sniffs out doctored essays, the most memorable apps she’s read, and what makes UIUC admission special. Then, Megan answers questions from our readers: James about the middle 50% of high school applicants, Venkates about not having a career picked out, and Scott about balancing diversity with academic excellence.

Megan, can you tell us about your background?

I started in admission counseling right out of undergrad, going to schools and recruiting. After a couple of years, I went and did 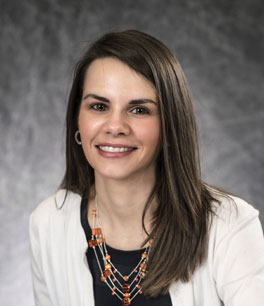 a graduate degree in speech communication, trying to figure out what I wanted to do. My undergrad had been in speech communication as well, so it was comfortable.  I taught public speaking during my time in graduate school. That was a lot of students and really led me to the idea of working in a university setting, though I wasn’t really sure what. I fell into academic advising, which I’ve been doing for 14 years at this point.

I’ve done everything from advising to running the honors program and scholarships, admissions and recruiting, and teaching the media freshman class orientation course to looking at petitions and everything. I’ve enjoyed the fact that I can do so many different things, and that’s what’s kept me doing it for so long.

Besides the emails that come in overnight from students with questions about classes they’re taking, degree requirements, dropping classes, and credit/non-credit deadlines, I also review admissions applications almost every day throughout late fall into mid-spring. I’m dealing with current students and then also prospective students thinking about next year at the exact same time. So I’m reviewing some admissions applications, and then as the application start moving, I’m also looking at scholarship offers for the next year’s freshmen and maybe a petition to review a couple student meetings; maybe a parent phone call; a lot of different things. No days are ever the same, really.

Picked for you:  4 Things To Avoid on College Apps, from Admissions Deans

What do you think makes the admissions process at Illinois unique?

I think one of the things that is unique is that most of the colleges on campus do read their applications. I think that’s a common misconception: that you’re just applying to the university and your numbers are it; that we’re so large, we’re not paying attention to who you are. But a lot of the colleges do review applications. Getting two or three reads is very much the case with us here in my college as well as several other colleagues that I work with. We want to know who they are. And I think that that is helpful because maybe somebody’s not a strong test taker.

I have a journalism major in our college who is the editor of their paper. They can write a phenomenal essay about what they want to do in journalism and the future of the industry and how they want to be a truth teller. For us, having good grades and a fabulous essay with good experience may trump the fact that the SAT wasn’t the best thing for them that day or they just aren’t good at taking tests. So I think that’s unique: In most cases, it’s not just a quick yes or no based on what you look like through numbers.

That’s great. Any other unique aspects of Illinois admissions?

We also offer the option to choose a second major choice on the application, so if business is their first choice but they also have an interest in advertising, graphic design, or economics on campus, they can say: “If I’m not competitive for my first choice, I would like to be reviewed for my second choice as well.” Students are getting looked at multiple times, and if they’re a good fit for campus, we want them to be on campus. And even then, a lot of times they can still apply to transfer elsewhere once they get to campus. There probably are other schools that do that, but I think it’s a little different.

Are applications to the university immediately transferred to the specific college the applicant marked as first choice?

It usually starts in the admissions office; that is where everything starts, and then it’ll get filtered out. When I say that most colleges read all the applications, some of the larger colleges may not read them all because they can’t time-wise. No application immediately goes to the colleges; everything starts in admissions, and then in a majority of the cases students are being looked at by their college.

You talked about reading applications for admissions every day. Can you tell me about an application that really impressed you?

I had a student who was writing for journalism a couple of years ago, and he wrote his essay like we were having a conversation, as though he were here, telling me who he was as a person. That’s what really made me glom onto it.

What was his essay about?

He talked about journalism as an interaction with people and how he liked to talk. He threw in a few quotes from some journalists that he really liked: “We tell stories about people, not events.” And then what was funny was that he said: “This is a quote that I’ve mentioned in every college essay I’ve written to date. These are the backups, you guys at U of I. Seriously, this isn’t a suck up. I’m doing Early Action to be an Illini.” I was like, “That’s a guy who’s funny, and he is showing me his personality. He is saying, ‘I’m writing this essay for you at Illinois.'” That was one from a couple of cycles ago, but it has always stuck out to me: being very honest telling me this is where he wants to be.

Was this student admitted?

He’s here now. The ability to stand out in an essay and not be a standard read is important. If I’m reading 400-500 essays, you want to be the one that says something unique and stand out. A very standard essay for biology or economics make sense, but our majors are a little bit more creative. Pushing the boundaries a little bit is more okay; you don’t have to format, everything to look exactly the same and write it like you’re writing for school.

When you think of a memorable application, are you only thinking about the essays? Or is there another aspect of the application that stands out — test scores, recommendations, or grades?

There are probably some colleges on campus that remember test scores. For us, that’s not the most important thing. I do sometimes remember more of the personal notes that a student might add about a rough semester in school, about why they struggled in grades. We have one this time around that whose father has a progressive illness, and he is basically his father’s caretaker, helps with his younger brother, parents have gone through divorce now because of the illness. You just really see the struggle that students are going through now in high school, and that is one thing that I’m noticing is different in selection criteria. If we go back to that question, I think that the challenges students are facing in high school now are much bigger than anything I was ever aware of 14-20 years ago. They’re balancing caring for their parents or their younger siblings⁠. I had to help with my younger siblings, too, but the load that that student is carrying, and then to still do really well on a test and to be a B student in school while working to help support his family: that stood out to me this semester. That’s a lot that he has taken on.

This theme of overcoming adversity relates to a question from a reader named James. He asked: “What are you doing to respect the worker middle 50% of the high school graduating class? They proved they know how to study, overcome adversity, and earn a diploma. How is the University of Illinois supporting their efforts? Admissions? Financial aid? Hope?”

Are you familiar with the Illinois Commitment? It’s free tuition for families who are working without that family income. In-state students whose family earnings are now $67,100 and below are guaranteed four years of tuition when they come to Illinois.

Should SocratesPost phase out the DearSocrates advice column?
How Selecting a Major Matters in College Admissions
Pet peeves and how to get denied, explains admissions dean