Why admissions officers are biased. Why “need aware” isn’t as scary as it sounds. What happens when admissions officers disagree. Why this campus prioritizes mental health over cutthroat academic rigor. How exactly applications are evaluated in each round. Whitman College admissions officer Henry Whipple gives SocratesPost the exclusive insider scoop on everything you wanted to know but never figured out. 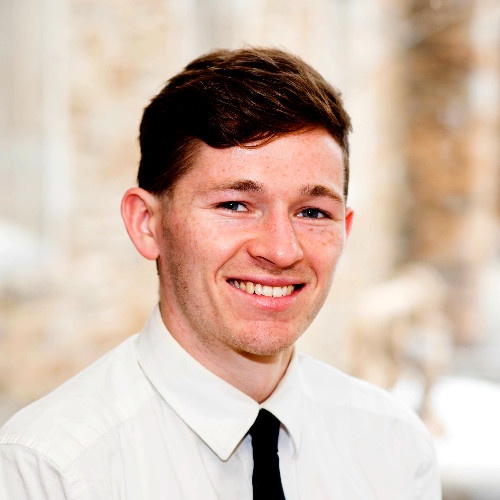 SocratesPost: Hey Henry, tell us about yourself and your experience working in admissions.

Henry at Whitman: Yeah, so this is actually my first full time job after undergraduate. I went to a college in upstate New York for my undergraduate and I worked in admissions in some smaller roles whether it was tour-guiding or roles similar to that for three years, and then I worked as a senior intern for the admissions office. So, a lot of interviewing was scheduled at college fairs and different counselor-related activities. It definitely exposed me to what it was like not only interacting with the families but also how the admissions job was structured and the critical nature of it. It wasn’t necessarily my first job opportunity that I looked for but the more I thought about it as a possibility and the fact that I wanted to work in education for minority groups on some level, the more I realized I could advocate for it at Whitman.

So, when I applied to the job at Whitman, I knew that if I were to work here, I’d really want to focus on working with low-income groups, minority groups, and thankfully we had a position they were looking to fill for a Texas recruiter where all of that work happens. And so it was a really good fit, because I looked at Whitman — what the school was, how the students were — and I realized that had I known about it at the undergraduate position, I probably would have ended up trying to go there, as well. So this was a great fit on many levels.

SocratesPost: What do you think it’s like to be a student at Whitman?

Henry at Whitman: It’s actually been very refreshing, especially coming from a pretty prestigious East Coast school and one of the many “Ivies”, as people call them.
It’s been really refreshing because Whitman has a pretty high level of academic rigor and most people in the Northwest would consider it one of the stronger schools out there. It has the rigor without compromising students’ mental health. There’s a real expectation that the students are going to be there not only to take on the pretty challenging academics but they’re expected to be pretty heavily involved in community and build the togetherness aspect of it and find ways to destress. It’s not such a pressure cooker environment to one-up each other all the time.

Henry at Whitman: At the liberal arts colleges, students are taught to think critically and challenge each other through dialogue but Whitman students seem happy and proud and not stressed, which is the most refreshing part about Whitman.

SocratesPost: I think high schoolers go to college thinking, ‘I’m just going to be stressed for the next four years’, but the fact that there’s a place where people don’t feel that is new.

Henry at Whitman: Yes, part of it I’m sure is related to what I notice to be an overall lower stress level on the West Coast compared to the East Coast.

SocratesPost: Oh yeah, for sure.

Henry at Whitman: I mean it’s really its own community. It’s a pretty big town of 30,000 but there’s no city within a couple of hours so you’re really on your own and you have the community there for 100% of your support, and you really have no other option but to embrace the Whitman family that’s there. It’s a pretty supportive environment which I think really should help to lower stress.

SocratesPost: What’s the thing that most people don’t know about the admissions process at Whitman?

Henry at Whitman: Hmm, that’s a good question. One thing that’s definitely true is that parents and families and even other people in admissions sometimes put too much weight or don’t quite understand the language of the need-blind or need-aware admissions. I think when a lot of people hear ‘need-aware’, they assume that someone’s financial standing and ability to pay is one of the primary factors that gets looked at, because need-blind on the surface sounds you know, ten-times more progressive, where you don’t look at any financial status whatsoever.

But in reality, it’s really a matter of reading students and their applications, primarily, just for their academic standing, their extracurricular standing, and everything else pretty much except for the finances. Only towards the end, maybe for borderline cases, or to fill a couple of institutional priorities, will financial standing come into play.

SocratesPost: How does a student’s financial need really affect their chances of getting in?

Here’s a preview of the rest of our conversation! Subscribe to read the rest and support our ad-free newsletter.

SocratesPost: So, when it does come down to the last few applications and you are starting to look at the financial needs, what does that process look like? What are you looking for and how does that influence your decision?

SocratesPost: Can you walk me through what it looks like step by step from reading an application to making a decision. Are there different committees? Are you making one decision? How many decisions do you make per day?

SocratesPost: What are some reasons why the second reader would disagree with the first read?

SocratesPost: That’s a really good insight. Was there ever a fight that broke out in the admissions office because someone really wanted someone and someone else who disagreed said, ‘you know what, let’s fight over this!’?