What you can learn from a Yale grad — fired, broke and working as a barista

You graduate from Yale. Score a high paying and influential job in advertising. Rise the ranks and become the best in your field. 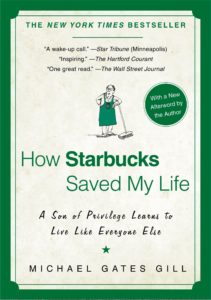 Then you’re fired by new management that wants to hire cheaper labor.

He went and became a Starbucks barista.

You might be thinking that’s crazy. A degree from a top college should guarantee a good job and a secure, safe future — not a lowly minimum-wage job like Michael’s.

No degree will guarantee any type of life. No job is inherently better than the next. 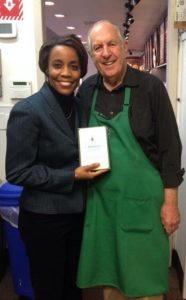 We picked Michael’s memoir, How Starbucks Saved My Life, to review and share with our Ivy-hopeful readers. In the midst of prepping for admission, we’re overly focused on getting that acceptance letter and forget that the majority of life happens after college.

Picked for you:  Free tuition here for families making $100k

Mike shares his lessons with us. How working in retail differs from corporate America. What mistakes he made and regrets he had. How being a son of privilege affected his relationships with others. How being raised in the upper class and attending an Ivy League detached him from other social classes.

Meet one of Swarthmore first admits this cycle
Is it worth paying full tuition for online classes?