“We didn’t even notice if your test scores weren’t there. It’s not even something that I’ll notice, and I won’t take it into account,” says Alex Cardenas, a Carleton College admissions officer, in Part 2 of our interview. 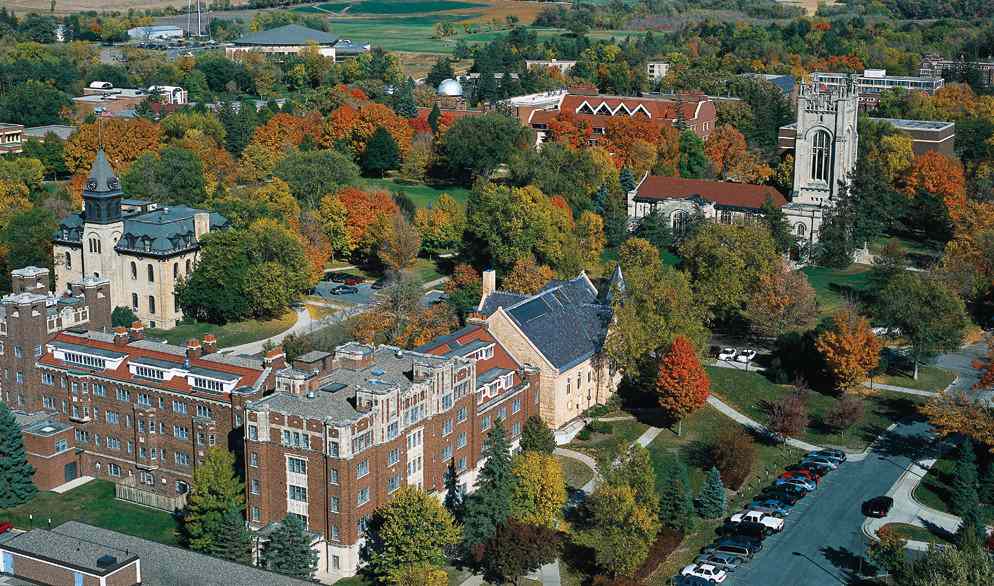 Fun facts: Carleton has a 16:1 student to teacher ratio. Students are invited, per tradition, to send each other flowers every Friday.

Start with Part 1 before you continue!

Thinking about the 2% of uninterested interviewees, what exactly are they doing during the interview that future interviewees should avoid?

When it’s in-person, it’s body language and what they’re saying, or what they’re not saying. For example, I had an interview last year where I had asked them, “What’s your favorite class right now?” They said “Chemistry 2.” Normally, a student would expand on that, so I asked him, “Why? Why is Chemistry 2 your favorite class?” And he said, “Oh, because I took Chemistry 1 last year.” It’s the short responses where I am needing to run through my head a lot to figure out what my next question is going to be, where I can see that the student is not involved in the interview process.

How does an unsuccessful interview affect a student’s admission chances?

There will be times where an application is like, “Maybe this student is great, but maybe we’ll waitlist them,” and they read the interview, and if it was an amazing interview, they choose to admit. Interviews can be done by either Carleton staff, admission staff, Carleton student staff, or Carleton alumni volunteers.

Given that some students are simply shy, how do you know that an interviewee is not interested?

There are times where they’ll start off shy and I’m trying to figure out where this conversation is going to go. I’ll touch upon one thing, and then I see the student maybe will look up. I’ll be like, “Okay, maybe cross country is something they’re interested in,” and I’ll ask them, and then now the student’s opened up and they’re talking about their experiences. There are other times where that doesn’t happen, and the students stay shy the entire time. But there are the cases where I can touch upon a topic and they smile for some reason but then get back to being nervous. I can tell the student is just shy and that’s totally okay. It’s okay to be shy. It’s okay to be nervous.

Picked for you:  Jobs You've Never Heard Of: He writes words for coffee shops

What do you write in your interview report when a student is shy but interested?

When I see that, I will say in the write-up, “Met with the student, the conversation was maybe a little lacking, but I can tell the student was shy; the student seems shy to me, and I’m sure if there was more time, or if maybe they were more comfortable, there would be a lot of great conversations.” In these interview write-ups, I’m not trying to knock on anyone.

Do colleges really mean it when they say they don’t care about test scores?

If you physically could not take the test, just tell us you’re not sending in the score. Even if you took the test and you’re not happy with your scores — I’ll tell them, “To be honest with you, most people aren’t happy with their scores anyway, no matter what they get — or you had a particularly bad day where maybe you got rained on the way to test or something, you don’t have to submit them. Or if you did take the test, and you did want to submit your score, just tell us, and we’ll look at it.

Picked for you:  Middle-class families can afford college. Here's how.

How are admissions officers trained at Carleton to think about test scores?

Our dean of admissions asked us, “What did you guys think about the applications that had no test scores?” I can’t say for everyone, but for the people who responded to that question, we didn’t even notice if your test scores weren’t there. It’s not even something that I’ll notice, and I won’t take it into account. If your test scores are there, I’ll look at them. But I also have a personal —outside of admissions — issue with testing in general.

I know the SAT was founded upon the idea of being this leveler where you can’t study for it, but that’s just not true. There’s an entire industry offering services for perfecting this test.

Do elite colleges have any preference for ACT vs SAT?
How important are AP scores in comparison to the AP class grade itself?
Applying to Duke or Northwestern? Here's a change.

Which game-changing Admissions Secret
are you missing?