Want to De-Escalate Conflicts with Your Teen? Try this.

“Playing things forward… allows you to have a better conversation and unearth some of the real concerns and realities that are inherent in conflict. Your kid may still not agree, but it takes you out of having to be the ogre, which I think is where a lot of us sometimes feel a little pinched,” says Daisy Dowling, author of Workparent: The Complete Guide to Succeeding on the Job, Staying True to Yourself, and Raising Happy Kids. In part 2 of our interview geared specifically toward working parents helping their teens prep for college, Daisy shares: 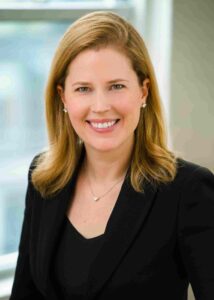 Catch up from Part 1 of the interview here.

That’s a great allegory for putting your teenagers in a so-called room — perhaps it’s on a family vacation or at a family dinner — and observing where they gravitate toward. Some parents, especially working parents, are unsure how to approach talking about family finances related to college tuition. How should parents bring this up with their college-bound teens?

I think it can be very productive to talk to your child about the fact that you work to earn money to take care of the family. I think a lot of people shy away, and I can understand it. You never want to cause your child a lot of strain or talk about your credit card bill. I heard this from a lot of parents who I was interviewing: even when their kids are little, they keep a jar where the birthday money from an aunt or an uncle goes. The jar is labeled “saving for college” or something like that to give them the idea that we’re accruing towards something important here.

And then second, to give your child a sense of trade-offs. Like, “Okay, if you want A, that means we’re going to have less of B,” or “If you want B, that means we can also afford C. So if you want to go to the movies tonight, that’s fine. But we can’t also order in pizza.” Whatever the issue in question is, give your child a sense that money is inherently finite. When it does come to this huge outlay for college, there’s a mentality of, “I need to make good on this investment.”

Is there any difference between the outcomes of young adults who go to college and have it paid for by parents versus the ones who pay for some of college themselves?

I didn’t ask that, and so I don’t want to represent an opinion that’s not based on what’s there. What I will tell you, though, is one anecdote. I was speaking at a conference about three years ago. I was hired to give a speech on working parenthood and how it affects the workforce at a private equity contract. I asked one of the CEOs, “How do you select talent? What are some of the key criteria you have?” He said, “I only hire people who are on financial aid. Because I know they won’t have an entitlement mindset. They’ll be scrappy, they’ll hustle, they’ll really work for it, they’ll understand the value of the dollar. That’s the mentality that I want, and I tend to find that mentality associated with people who really had to think about finances as they were going through the college experience.”

Now, that’s just one person. I don’t mean to overrepresent it, but I share it as food for thought that maybe your last name is Gates, and you don’t need to worry about money. But maybe you ask your kid to get a campus job or to take on some amount of the financial responsibility, just as a way of sensitizing them to the fact that things cost money, this is a value, and it’s to be taken seriously.

Picked for you:  3 Admissions Officers Share How They Evaluate Extracurriculars

During the college application process, many parents and teens get into arguments about how to write the personal statement, where to apply, who to ask for recommendations, or what timeline should be followed. How should these conflicts be resolved?

Can you share an example of how this works with conflicts in the college app process?

Your child wants to go to college all the way across the country, and you want to keep them close to home, and you’re in a dreadful argument about it. By using this technique, you might say to yourself, “Okay, well, the short-term consequence, the next six months to a year to two years, I’ll be really worried about my child being far away, not having me close, that’s never happened before. I might be anxious, I may be concerned. But the consequence three years from now, or four years from now, or 10 years from now might not be any different than if they go to college close to me. Because once they’re an adult, they’ll decide where to move.”

Or you might say, “Well, the financial cost in the immediate term of your going to college across the country is too high for us to bear right now. Because it’ll leave us with the plane tickets and the more expensive tuition. That would leave us with credit card debt which in 10 years is going to compromise our ability to retire.” So playing things forward like that, instead of just saying, “Well, it’s my opinion,” or “I want it this way,” or “you want it this way,” allows you to have a better conversation and unearth some of the real concerns and realities that are inherent in conflict.  Hopefully that will de-escalate and take some of the drama down and foster a better decision. Your kid may still not agree, but it takes you out of having to be the ogre, which I think is where a lot of us sometimes feel a little pinched.

Speaking of the ogre, some parents feel like they need to constantly keep track of their teens’ college app deadlines, otherwise nothing would get done. Is there a way to let the teens handle it themselves while still ensuring those important application or scholarship deadlines are met?

Here’s one instance where a work technique can really help with teens, which is previewing. If you have a member of your team at work who is missing deadlines or missing meetings or whatever, you don’t just say “You have to show up at meetings.” No matter how angry you are, you usually provide that person some sense of where their behavior is going to take them.