How Covid-19 changes college admissions, according to an admissions dean 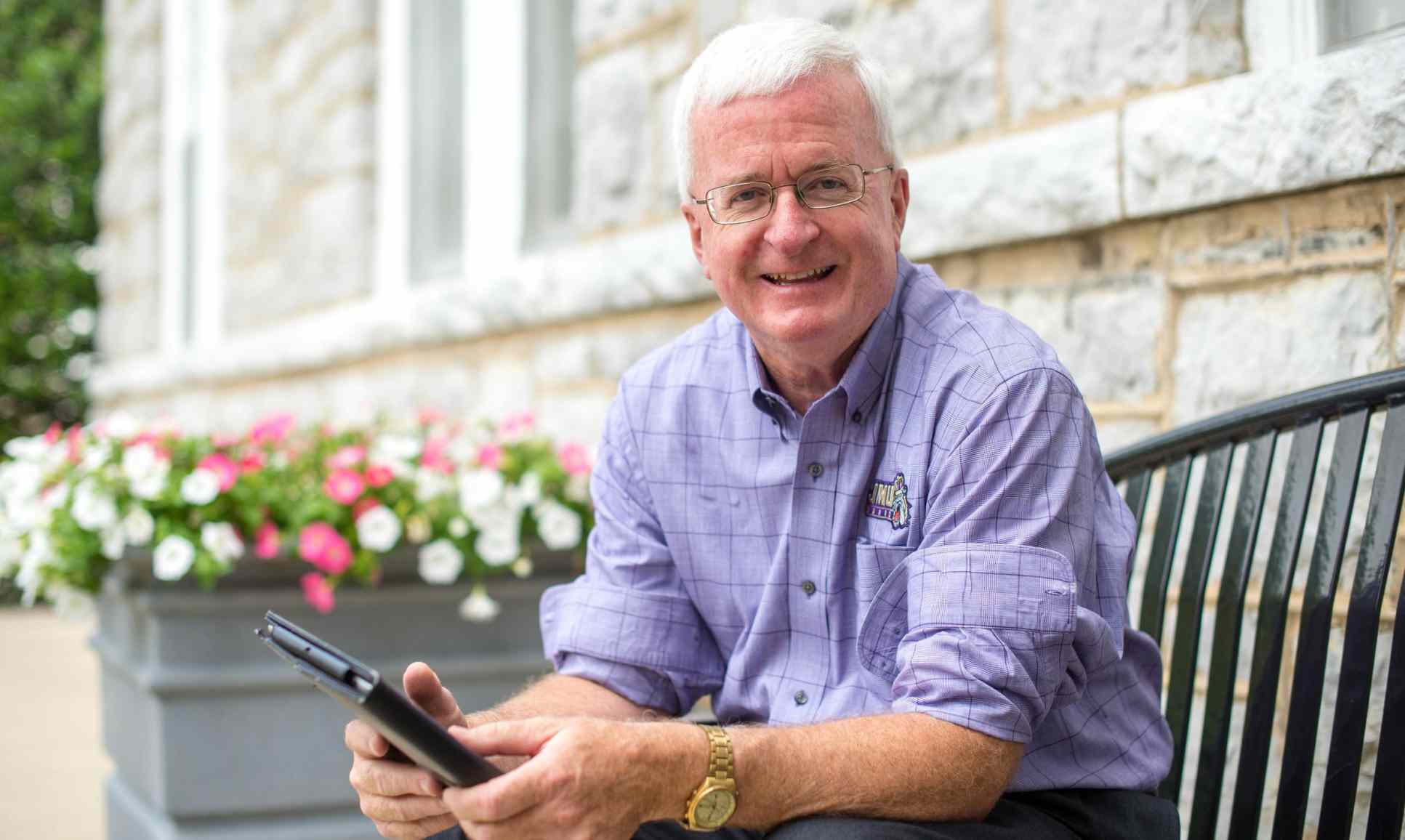 “Our biggest challenge in the last three months of the academic year calendar was putting people at ease about how we were going to review transcripts,” says Michael Walsh, JMU admissions dean and 35-year admissions veteran, about Covid-19. This week, we talk about how Covid-19 has changed admissions criteria, how to best approach the fight for Black Lives Matter, the evolution of the admissions industry since the 1980s, Michael’s biggest regrets and accomplishments, and finally — the truth behind the biggest myth of college admissions. Catch up from Part 1 of our interview here.

From an admissions dean’s perspective, how should applicants approach their social media accounts?

I usually also have a talk with them about, “Okay, you’re going to college now. Your Facebook and Instagram are going to be open to everybody. You’ve got to be really careful with what you put up there. People lose jobs. When you start applying for internships, some companies will have somebody basically scrutinize your social media. Suddenly, they’ll see something. They’re not sure what it means, but they don’t like it, and all of a sudden, you’re knocked off. You don’t even get an interview. Social media opens you up to a lot of more scrutiny.”

How have these unsaid rules over social media changed over the years?

Ages ago, when email first came out in the late ’80s and early 90s, I read an article and they said, “Whatever you put in an email, once you hit send, you have no control of it. It could end up on the front page of any newspaper.” It’s become even more like that. In a lot of cases, what I’m seeing is poor judgment and just not understanding who all can see. One particular student said, “Well, I understand, but that is a private social media account.” I said, “Yeah. But how many people have you given access to?” And she said, “25 people.” I said, “It’s not private; 25 people have access to it.” It’s an educational experience, and we’re looking at it. If we had something that I’m really concerned with, there will be several of us looking and talking to the family.

Instead of using social media, how should students take part in the Black Lives Matter movement?

We all have biases. We all can be racist in a way. We all look at things and see things differently. But what’s interesting is, how do you change things? Don’t talk about it, change things. When you look at the top, how many have minority ownership? How many women or minorities are in the Senate or in the House? Okay, we’re a white male society. How do we change it? Not by talking about it. Whether you like it or not, if you’re a white male, you’re partially responsible for this.

Instead of talking, how do people change the racist society we live in?

That’s the challenge. One person used the word “multicultural” and somebody else got very upset and said, “No, this is a Black issue.” I kept my mouth shut. I said, “It’s a Black issue where you live, but if you go out to the West Coast, the people who are being mistreated by the police are Hispanics and Pacific Islanders. It depends on the part of the country. If you read about Minnesota, yes, you have the Black population, but you also have a very large Somali population.” It’s different perspectives. I understood the young lady who said, “No, it’s not multicultural, it’s Black,” but I also understood where the person who said “multicultural” was coming from. That’s what we should talk out. We’re going to both come to the conclusion that we’re in agreement on 90% of everything anyway.

Yes, anyone with an account with any followers should understand they have no privacy. Can you tell us your proudest accomplishment from 35 years in admissions?

I’ve been a director and dean at three different universities: Northwest Missouri State from ’90-’94, Bowling Green State University in Ohio from ’94 to 2000, and JMU since 2000. Excuse me for reminiscing a little bit of history. When I came out of high school, there weren’t fairs. Colleges didn’t necessarily visit high schools. You just kind of figured out where you wanted to go and you applied. I know some very selective colleges never left campus to recruit until they got closer to the latter part of the ’70s into the ’80s. For the longest time, admissions got students in. No one else worried about students coming; it’s something admissions did. The world started changing in the mid-late ’80s.

What did you do back then about the changing admissions landscape, which continues to evolve today?

My proudest accomplishment, and it was a team effort, was at all three schools, recruitment became a university-wide effort, not just by the Office of Admissions. I would say, “If we do our job right in admissions, nobody realizes it. As long as we do our job right, no one’s going to complain.” People expect you to respond to them. But people don’t come to the university to major in admissions; they come to the university pursue an academic area. And if there’s a residential, then the whole student activities part and residential life is important.

What does it look like when the university as a whole recruits, not just the admissions office?

In all three universities, the entire university recruits the student, and it’s totally evolving. We usually have three major open houses in the spring for admitted students, one in February and two in April, where we close the deal. We couldn’t do the two in April this particular year, so we did it virtually. Our marketing department, everybody, stepped up. We have we basically did two weeks of a virtual open house for prospective students. It was very effective. It’s important to address the mindset that the entire university recruits, just not one office.

How would you differentiate the roles of all the different departments of a university that recruits together as a big team?

Admission systems are responsible for making the initial contacts and responsible for following up with the student, whether they start that initial contact in 9th grade or 12th grade. They’re still responsible for reviewing the applications and being fair and consistent. But bringing other people in earlier has been something we’ve been successful in all three areas. Admissions are the facilitators. When we do our fall open houses for prospective students and I get a survey back saying, “I love the presentations by this department and that department; I love this by that department,” that’s one more successful, because that’s what they’re supposed to be focusing on. When somebody talks about the panel discussion of student affairs, students and professionals about how student affairs helps you complement the academics, that’s when we’ve been successful. Getting the university as a whole to understand that recruitment is a campus-wide effort is something I’m proud of.

What do you think you did to encourage university-wide recruiting where every department helps find the right students?

I may have been the one who said that we needed to look at it, but there were other people who did as well, some who had been beating the drum and nobody listened to, but when the dean of admissions said it, they were listened to. So it wasn’t just by me; it was a group of people.

How do you think a university-wide recruitment effort affects the number of applications received or number of students who accept your offer?

Eventually, it impacts your apps. Initially, it impacts your yield. The other thing that it does is when you get everybody involved in the recruitment process, you increase the trust that the family has in the university. When the student calls home on the third week of first semester freshman year and complains about X, if that trust is there, the parents will say, “Have you talked to your advisor? Have you gone and talked to the residence hall director?” The parents are sending reminders: “There’s a process, go use it.” If that trust isn’t there, a lot of times the parents will call and complain. By getting everybody involved, by the time the student starts here, the parents and the students see the bigger picture, and their parents are actually our advocates when a student calls: “Why don’t you go talk to the advisor, why don’t you go talk to the teacher? Go talk to the teacher. If you’re not happy, then talk to your advisor,” things like that. “Why don’t you talk to your RA on your floor or go talk to your resident director?” That’s one of the long-term effects if the whole university gets involved: the parents see this, the student sees it. I tell kids, “Don’t hesitate calling your mom and dad. They are your support people.” And I tell parents, “Help guide them to use the structure. If you ask them to go talk to the faculty member and the advisor and you’re not happy with the results, then you call.” But usually, once the student uses the process, things will be taken care of. The top two reasons that students choose JMU to come to is our faculty are approachable, and they feel that the students will accept them. The faculty being approachable is because we get the faculty out with the students at open houses in the fall, admitted open houses in the spring, and the faculty go to receptions with us around the state. We do them up in New England, New York, and North Carolina. They see the faculty.