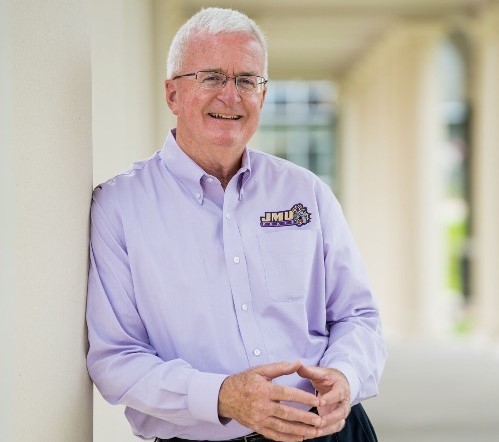 “I sat on a panel and one kid stood up and said, ‘I’m taking six APs every semester,’ and before he could say anything more, one of the deans said, ‘Why?’,” says James Madison U. admissions dean, Michael Walsh. In our nearly 2-hour long discussion, Michael shares his frustrations with the college admissions industry, most memorable applicants in a 35-year long career, stories of recommendations letters from every president from Ford to Obama, and the dangers of a pre-programmed high school life.

Michael, thanks so much for joining us. What inspired you to start a career in admissions?

I started out in housing back in the ’70s. I actually coached women’s volleyball at a small college. The thing with housing was that you get called at two or three in the morning sometimes, and I had a one-year-old and came home one morning at five o’clock for the second or third night in a row. My one-year-old and my wife were sitting in the rocking chair, and my wife looked at me and said, “You need a career change.” So I switched over to admissions for a couple reasons.

What were those reasons?

And here you are almost 40 years later! What is something most people don’t know about your job as an admissions dean?

We read to admit students; we don’t read to deny people. Even when I worked at a public university in another state that admitted 9 out of 10 applicants, we still read to admit them. We read to look at who could be successful here. There are some people who work in certain admissions offices who have the attitude of: “Are you good enough to be in our institution?” but most of the people in my profession are more like, “Okay, what do I do to make sure we can open avenues for people to give them a chance?” My staff gets more upset over people they can’t admit than people they can admit, because they double down; they look at students and look at different things. And we can’t admit everyone.

Picked for you:  "Overextending yourself is a common mistake"

Speaking of your staff getting upset over being unable to admit certain applicants, what happens your team disagrees on whether to admit a candidate or not? Does a fight break out?

There are debates, but I don’t think we ever had a fight. They all understand that we can’t admit everybody. Sometimes I have to try to explain that to a parent, who says, “My son or my daughter’s done this, this, and this.” I have to say, “I understand, but they along with about 4000 other people have done that, and I can’t take them.”

But the other side is that we will enroll a freshman class of around 4700, and we’ll admit a transfer class of about 1000. A significant number of the transfers actually applied here out of high school, and then they decided they were going to come back by way of transfer route. Now, some of the kids we admitted, but for financial reasons or personal reasons, they couldn’t come, so they went to another school or community college and came back around.

How many applications would you estimate you’ve reviewed in your career?

What exactly are you looking for in all those applications?

When you look at admissions processes, because of the wide variety and large number of people reading, we have kind of strict guidelines. We want consistency, but we also understand that not everyone is the square peg that will fit our square hole, so everyone has the ability to bring forward to the supervisor someone and say, “Hey, look, this person doesn’t meet our guidelines, but there’s something about it we want to look at.” Those are the ones that end up eventually coming to my desk; we look at and we talk about them. Being a public university, we have a service to the state and also to the individual.

Picked for you:  "Leave them alone to make their own life decisions," ex-Berkeley admissions dean advises parents

What happens if the applicant is a square peg trying to fit into a round hole?

There are times that we can admit in these situations; other times, the student needs to work on X and Y, and if they want to go to a community college and do X and Y, then we will be able to seriously look at them again in a semester or a year. That’s one of the things I’ve been able to do with the universities I work at: we’ve been small enough that our focus has been enough on the individual. We do look at the individual, and those are the people who, when they walk across the stage, I’ll grin because someone saw something on their app and said, “There’s something about this person; they can be successful.” There’s no such thing as a typical application today as there was in the ’80s or 90s.

What do you see in an application that makes you or your staff go “wow, we have to admit this student?”

What are some examples of determined applicants you’ve encountered?

They range. There was a young lady who was the oldest of five, and starting in seventh grade, when both parents went to work, she had to come home and take care of her siblings. She talks about how she wants to be a teacher, about turning after school into a schooling for the younger kids. She talked about doing X and Y at home, working with their homework to the point that on nice days, her parents let her take them to the museum. Her mom and dad had to work, and she made it a positive experience for everyone.

Can you tell me about a memorable applicant you still remember to this day?

I remember some of the stories. She was a young lady in a rural area whose high school didn’t offer calculus. Every morning, she drove to another high school for calculus and then drove back to her high school to take the rest of her classes. It was 30 miles each way on mountainous roads. She was determined that she wanted to do this, and she was a good student; she could handle calculus. This was before they could do things virtually or anything like that; this was back in the mid-’90s. She made it successfully.

Picked for you:  From Bachelor's to fully-funded Ph.D.: An international student's journey

I remember one particular situation where a young man should have been killed in a car accident. He and his best friend were going with his parents for a soccer game, and he was the only one who lived. He was in a coma for quite a while and he would remember as he was laying there listening to the doctor saying, “Oh, he’ll be back to taking the trash out.” He was young, maybe sixth or seventh grade. He’d hear his siblings laugh, say, “He goes out the door and puts the trash down 300 yards short of the trash can.” He never finished anything he started. When he woke up, he was determined to finish what he started. His application, his essay, and his references talked about his commitment to finish what he started. And he would say, “I shouldn’t be alive, but I am, so I’ve got to make the best of it.” Those are unique situations, but there are many other ones that we’ve looked at it and have impacted the staff to look at in different ways. Some are not quite that dramatic.

Those are incredible stories. Ironically, many students write in asking “How should I approach my college essays? I’ve lived an uneventful childhood and nothing traumatic has happened to me.” What do you think?

How Covid-19 changes college admissions, according to an admissions dean 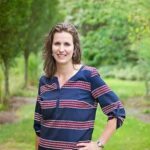 Admissions dean: "I start with the admissions interview report"

How should I get my social media ready for college apps?