It’s not about standing out, says law admissions dean

“It’s not about you standing out from others, necessarily. It’s about you telling us about yourself, and then we will decide how you fit in with the rest of the class,” says the assistant dean of admissions at Lewis & Clark Law School, Mimi Huang. We dig into the inner workings of the various admissions committees, the trap of trying to stand out, the power of little-known stories on personal statements, and the verdict on using private admissions consultants. Read part 1 first here. 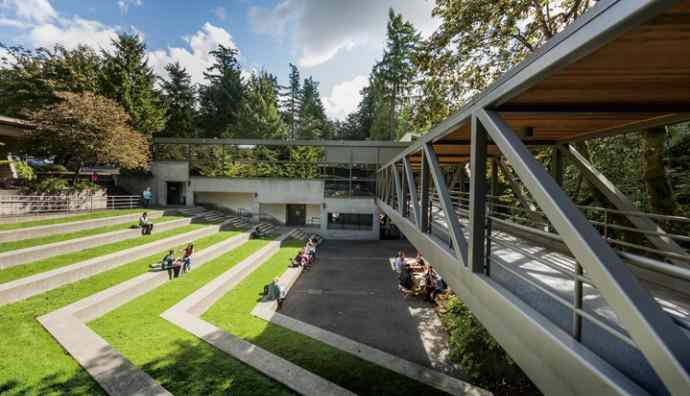 You mentioned the various committees that weight in on applications. How are they categorized?

They’re charged with different missions. One committee looks at the general pool. It’s the meat and potatoes, the real majority of who comprises our class. This committee looks at files that are otherwise very similar, but need digging into their personal statements or resumes to see how they’re unique and compare them. That’s the biggest committee, because they do the most work. That has seven members.

What about the smaller committees?

There’s another committee that reads a smaller group of applicants; we call them an academic enhancement committee. They focus on non-traditional factors using a completely different lens: hardship, personal hardship, personal adversity, age, diversity. The committee looks at those applications differently. Maybe they don’t possess the traditional indicators of future law school success, but there’s something there, and they should be looked at more closely to evaluate what it is about them that demonstrates their possible success at Lewis and Clark. They’re all very close-read committees, but this one in particular has the focus of: How are these people better than their numbers? For that reason, they read fewer applications and their discussions are a lot more intense. The process is a little different, because multiple people on that committee read the same applicants sometimes, just so they can have different perspectives on the same application and then discuss them.

That’s wonderful you realized what you needed to stay healthy. How were you able to make that career shift out of practicing law?

And then we have various other committees as well. One is focused on international applicants. The merit evaluation [or qualifications for law school] in terms of those applications doesn’t differ. It’s more about having people on that committee that have experience reading foreign transcripts or who were foreign-educated or might be more familiar with interpreting foreign academic qualifications. Those are our main ones.

Where do you fit in to all the different committees’ missions?

I’m sort a final review. So every application gets a minimum of two reviews when they go through our application process. If needed, we will be the final arbiter on any decision that’s a close call, but generally we don’t have too many of those, given how much close review most of the applications already get beforehand.

How do you view applications from legacy students, those whose parents or grandparents earned a degree a Lewis & Clark?

We don’t have much of a legacy program, to tell you the truth. It’s very much a merit-based admission. I don’t say that to disparage any kind of legacy program at all. What I mean is that at our school, we have a small community, and it’s very personal. If a candidate doesn’t already demonstrate otherwise their qualifications—not just academic merit, but also their ability to be successful in our program—that’s our primary concern. If they don’t meet that minimum, being connected to somebody or having an alumni connection isn’t necessarily going to get them there. With that approach, we don’t really have a legacy program: not a formal or an informal one.

Do you ask applicants to indicate any alumni relations?

It’s always good to know when people have connections to alumni, especially in a city like Portland. We have a relatively smaller legal market and legal community than where I’m from in New Jersey or New York. Knowing that someone’s parents went to Lewis & Clark or knowing that someone’s mom and dad had Professor Newell for contracts and things like that, those things are good to know. We do ask for that information on the application, but in terms of evaluations for admission, that really makes no difference.

Is that information good to know because the school benefits from these applicants already having their foot in the legal door?

That’s at least part of it, and also awareness of what they’re getting into: They have a good strong concept of what to expect. Hopefully, they grew up in that household and know what law practice looks like. And then, of course, to be completely candid, if it’s a very, very sensitive connection, then I will make the dean aware that this person applied. It’s a heads-up because I don’t want her to be blindsided by an email from an alum who might not be happy with the outcome; she should know that this person is moving through our process.

Earlier you talked about the “fight files” that may include some borderline applications that aren’t a shoo-in. What makes an application borderline?

People perceive different things about applicants differently. That’s human nature and that’s the lovely, beautiful subjective nature of our communities in particular of the admissions process overall. But honestly, it could be anything. Maybe something like a case where someone noted on someone’s resume, “Oh, that’s interesting that that’s a hobby,” and then somebody completely different on the committee might feel, “No, that’s a terrible hobby.” That’s a very low-grade example; not like something like that would make a difference in your admission to law school. I don’t want anyone to have that impression.

What are some examples of real disagreements different readers would have about candidates?

It could be something more significant, like a character and fitness violation where maybe somebody disclosed something appropriately, and it could be something that one committee member finds not that big of a deal and on the other hand, another committee member thinks that it might indicate something of greater concern. For borderline cases, it’s hard to say, because they come in so many different shades and colors: the whole gradient. What I can say, though, is that at Lewis & Clark, nobody gets in on their numbers alone. We’ve definitely admitted and denied or waitlisted people from the entire spectrum. I’m talking about people that are way above our 75th percentile as well as way below the 25th percentile.