Last week, we talked with Northwestern’s admissions director Justin Clarke about how he determines fit, Northwestern’s institutional priorities, and how Northwestern adapted to a steadily declining admit rate. Catch up here.

In this week’s exclusive interview with a Northwestern admissions director, we chat about:

Plus, remember the question call sweepstakes? Read his answers to the winners’ questions: Michelle, Mridul, and Kristi. 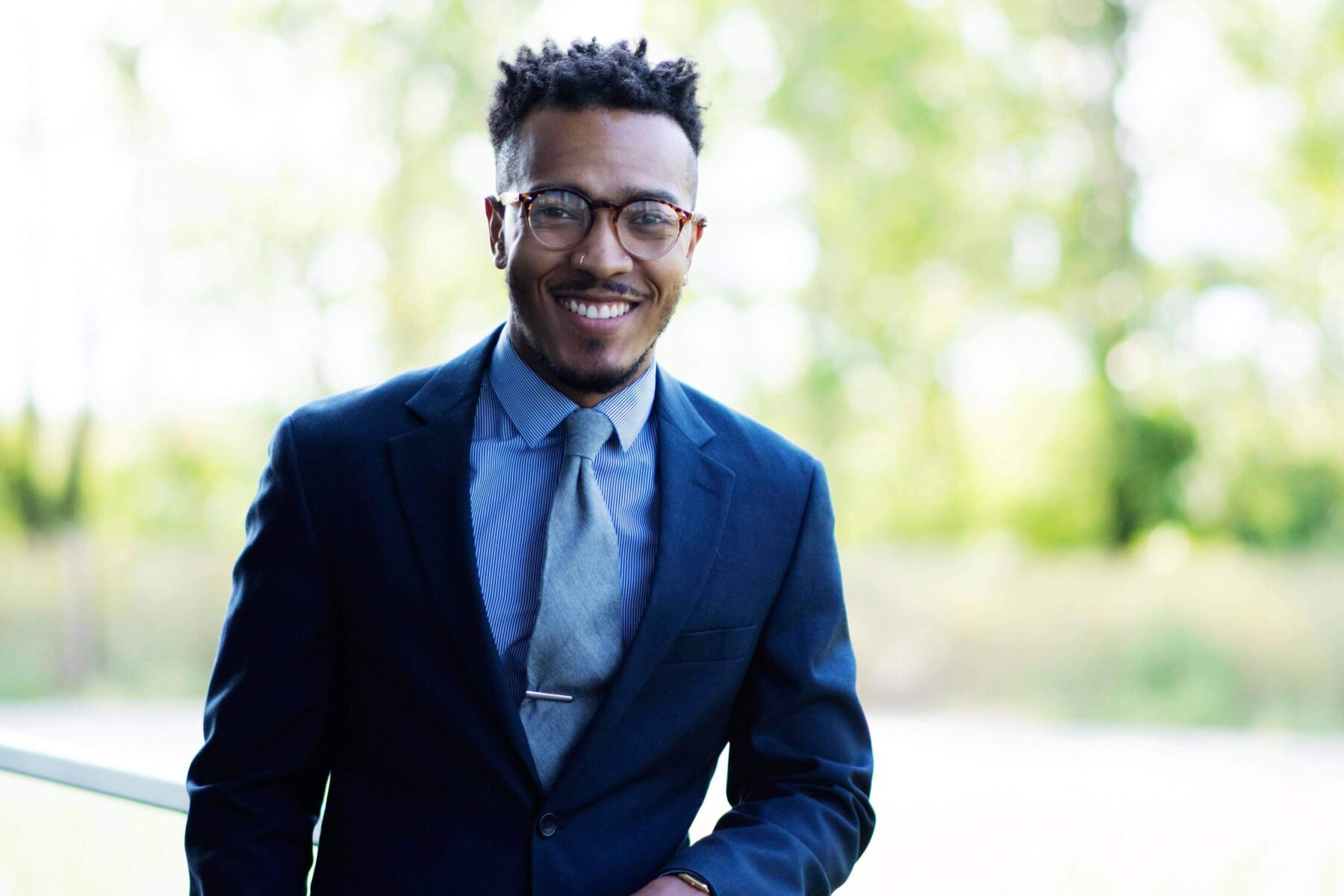 SocratesPost: It’s refreshing to learn that students are also responsible for shaping the administrators’ viewpoints, not just the other way around. The students who are capable of teaching others about biases seem to be really valued. What was a big surprise that shocked you about how admissions works when you transitioned into the job?

Justin at Northwestern: The workload. It’s heavy. We have what is known in our circles as travel season and then we also have reading season. Travel season occurs during the fall, roughly three months you might be gone. Anywhere from two months out of three months, we’re meeting everybody that you’re eventually going to be deciding who comes in and you are also forging relationships and learning about the high schools, the community-based organizations that are the support system for the students. Then right after that, maybe about two weeks to breathe, and then for about four to five months, you are engaged in reading applications for 12 to 13 hours of your day. It’s definitely taxing.

And it’s funny, you said earlier that I was fortunate to be able to come into the department where there was a long standing historical knowledge available from the folks who even admitted me, coming from the south suburbs of Chicago. I was speaking with my rep, saying “thank you, I’m glad I was in Northwestern, I was intelligent enough, I was active enough,” and also, “Thank you for doing all of this work and now that I am in your place, it’s a lot.”

SocratesPost: With all of these responsibilities, how do you feel about it?

Justin at Northwestern: It can be very stressful because you are making a decision that has an impact on someone’s life. You’re also trying to make that decision while recognizing that this isn’t any type of judgment on how good you are. This is just whether or not we fit, because the great thing about it is that there may be a lot of weight on students: Are they going to admit me? Am I good enough? But then once you do get that admittance, the tables change. All the power is in your hands, because you get to now say, “Okay, do I want to choose you all?” So, it’s an even balance.

SocratesPost: Would you say the workload is more than that of college?

Things are a little bit sweeter, obviously, during the summer months. We have vacation, of course, you still have work and projects to work on, but it’s not as intensive. That’s when we go back to be regular adults, like you can actually have hobbies once you leave the office. Walking into that time period, which is obviously a heavy majority of the year, it’s not something that you necessarily know, unless you would have had a friend or family member or colleague who was in the space.

SocratesPost: I’m sure. Because all these decisions, like you said, has such a big impact on the applicant, how did you learn to make quick and sound decisions? I can imagine spending so long deciding what to do with a certain applicant, maybe they could go either way, or maybe something is great about them, but something else isn’t.

Justin at Northwestern: There’s never a better teacher than experience and also, I was quite fortunate to come in and have great mentorship as well. The experience piece is absolutely critical. Until you’re in it, you can read as much as you want to, you can look at past decisions made, but until you’re able to actually look at this particular applicant and decide whether or not they’re going to be admitted, there’s nothing like it. There’s nothing that really completely prepares you for it.

I think about this a lot when we’re talking about aspects of any type of student development or human psychology is that you have all these things that are written, all these training manuals, but people aren’t robots, so you’re not always going to be two plus two. You’re trying to prepare yourself as best as you can when you look at admissions for a living, breathing, completely unique individual. Just because they may have also been in the band for four years, like this other individual, and they may have the exact same hours of community service and strong letters of recommendation, their high school isn’t the same. Their environment isn’t the same;’ their home life isn’t the same. So, it’s always going to be a completely new decision.

SocratesPost: What else do you think helped you make these admissions decisions?

Subscribe to continue reading our exclusive interview found nowhere else →
Join and access full content!
Here’s a preview of the rest of our conversation! Subscribe to read the rest and support our ad-free newsletter.

SocratesPost: Was that an experience you personally had?

SocratesPost: Wow. You said you read applications for 12 to 13 hours during the application reading season. How many did you typically get through?

Michelle, a reader of SocratesPost: What’s something that makes you slow down or do a double-take when you’re reading an application?

SocratesPost: Why does that type of applicant stand out to you so much and make you do a double take?

SocratesPost: Wow. What was the culture like working in the office? Did you usually have a desk lunch while responding to emails, or do you all go out and eat together? What was it like working with your colleagues?

SocratesPost: I love that. And what’s the path of an application at Northwestern? Some schools have their area managers make decisions whereas other schools make recommendations to push forward to a committee. How does Northwestern do it?

SocratesPost: What happened the last time you witnessed a big disagreement among the committee, or just several coworkers about whether or not a candidate should be admitted?

SocratesPost: Speaking of data driven, a lot of readers have been asking about the SAT adversity score. Some are a little concerned about what’s going to happen with admissions and how that’s going to change. What are your thoughts on that?

SocratesPost: Are you feeling optimistic at all about the SAT adversity score?

SocratesPost: Yeah, it makes sense. It seems like the intention is good. It’s taking into account the background and the context of an individual’s life, which is a great intention, whether or not specifically the methodology is proper. We’ll have to see what happens.

I wanted to talk about admissions interviews and how you viewed those. During your years of reviewing applications, did an interview report ever sway your decision one way or another?

SocratesPost: That’s understandable. What about the report negatively sways your decision?

SocratesPost: Yeah, that totally makes sense. Looking back at your time in the admissions office, what was one of your best memories?

SocratesPost: It’s cool that you get to meet some of these individuals in person, and it’s not just reviewing applications from behind the screen. You get to really get to know them.

SocratesPost: What’s a story of a memorable student encounter you had?

SocratesPost: Do you think that having met these individuals before reading their applications helps you remember them when you read application?

SocratesPost: What about reading applications of family and friends?

Mridul, a reader of SocratesPost: How do you determine quotas for admitted students from various countries? Does Northwestern have a quota specific to countries? For example, a fixed or small range of applicants you can select from a particular international country like India?

SocratesPost: Thanks for that!. Here’s another question from Kristi, one of our subscribers, who is also an alum.

Kristi, a subscriber of SocratesPost: If a student has attended an NU-sponsored summer program and is a great fit for a specialized program, takes rigorous classes in high school, but scores significantly lower on standardized tests than NU’s range, would they have a decent shot of admittance under Early Decision?

SocratesPost: The subscriber who asked the question is also an alum. How does that play in?

SocratesPost: That’s helpful. What are some questions you hoped I asked?

SocratesPost: I’m learning so much from you, even as a Northwestern alum. To wrap up, what’s your best piece of advice for anyone trying to get into Northwestern?

SocratesPost: Thank you so much Justin for your time and insider insights.

Stay tuned for a brand new insider interview next week!

What activities increase my chance of getting into a reputable economics program?
With the pandemic, what do colleges expect to see in future applicants?
My son is a HS senior. What college app timeline should we follow?